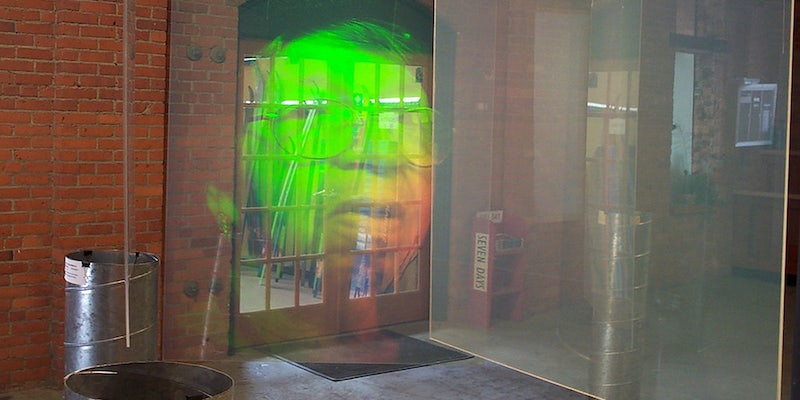 The prototype is largely just an exceptionally accurate set of 3D glasses. But it’s a first step.

The researchers—Matthew Hirsch, Gordon Wetzstein, and Ramesh Raskar—used two liquid crystal modulators to alter the perception of outgoing light among eight different perspectives on the same image. A expedited explanation of the study verifies that the image arrived upon during the aforementioned eights remains exceptionally vivid.

“A compressive approach to light field synthesis with projection devices,” summarizes the Camera Culture Group, which put the five-minute explanation on YouTube on Saturday. “We propose a novel, passive screen design that is combined with high-speed light-field projection and nonnegative left field factorization. We demonstrate that the projector can alternatively achieve super-resolves and high dynamic range 2D image display when used with a conventional screen.”

Limitations abound. Due to Hertz rates, which governs the speeds at which light flashes, the prototype is largely just an exceptionally accurate set of 3D glasses. But it’s a first step towards at-home virtual reality. Before you know it, Creepy Michael Jackson may be knocking on your door for dinner.