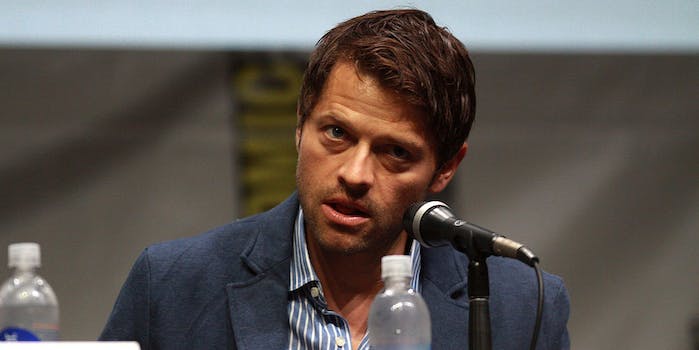 Collins tweeted that he only has 'minor scrapes.'

Supernatural fans are showing their support online after news broke that actor Misha Collins was attacked on the way to a convention in Minneapolis.

The Hollywood Reporter published an article on Saturday saying that Collins was “mugged and beaten up” on his way to MinnCon this weekend. According to a now-deleted post from his co-star Jim Beaver, Collins was followed out of a restaurant in Minneapolis and robbed, leaving him with “some stitches and a fat lip.”

Supernatural actor Osric Chau suggested that fans should support Collins by voting for his charity Random Acts in the #UpgradeYourWorld competition, for which Microsoft is offering a $500,000 grant. Elsewhere on Twitter, fans have been posting supportive messages and fanart under the hashtag #WeLoveYouMisha.

You know what would really cheer @mishacollins up? If Random Acts took first place. I vote for @RandomActsOrg to #UpgradeYourWorld #Vote

Hope you see all the love being sent your way today @mishacollins <3 We hope you feel better soon! #WeLoveYouMisha pic.twitter.com/e1s6KWSuTH

MinnCon attendees report that Collins missed a panel on Saturday but is back to attending photo sessions as normal, playing down the stitches on his mouth. For his part, Collins reassured his followers by tweeting that he only had “minor scrapes.”

Hey guys! Thanks for all the well-wishes! Just want u to know I've just got some minor scrapes. I'm totally fine! Love u guys.