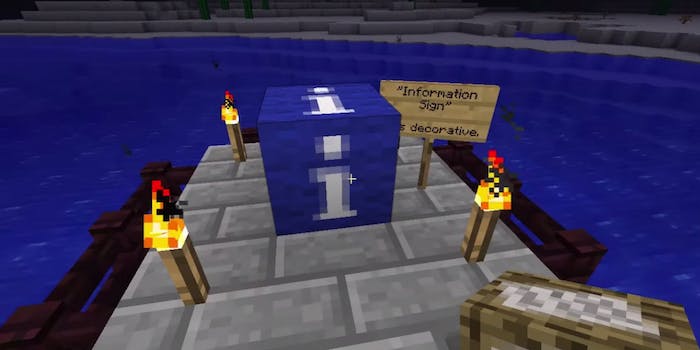 So much for video games melting your brain.

Never mind Golden Books. If you want your kid to learn how to read, throw a Minecraft strategy guide at them.

Minecraft has been solidly established in the educational field as an effective tool for learning. It is also the definition of “easy to learn, difficult to master,” as far as video games are concerned. Minecraft, at its most advanced levels, can even be used to create programmable CPUs by laying out electronic circuits in-game.

According to research by Constance Steinkuehler, children will work through difficult words because they really, really want to access the knowledge they unlock in the process. “It’s situated knowledge. They see a piece of language, a turn of phrase, and they figure it out,” Steinkuehler told Wired.

Steinkuehler was a senior policy analyst in the Office of Science and Technology Policy, advising the president on how video games could be used in education before she returned a position as a professor at the University of Wisconsin-Madison. She teaches about and researches the use of video games for learning.

Websites devoted to World of Warcraft also offer reading material that is challenging enough to effectively increase children’s reading levels. Back in the day, game guides like those included in Nintendo Power magazines we passed around in school. Now those were reading primers!