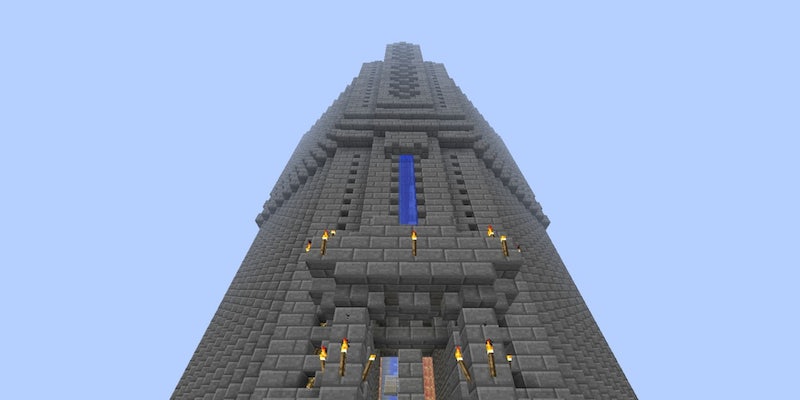 Minecraft players have recreated almost everything in the massively popular building-block game, from Apple’s headquarters to even Azeroth from World of Warcraft. Now, you can add a significant part of a popular new game to the list: the Tower from Destiny.

Destiny may only have been released yesterday, but that’s plenty of time for Minecraft player (and likely Destiny beta tester) Quincy Van Hilst needed to fully construct its iconic Tower, where players go to interact, shop, and exchange items. As is par for the course, viewers of the YouTube video of the player’s work are treated to multiple angles and a tour of the interior.

While this was of course done on the creative side of the game, it does give serious gamers everywhere hope that they may one day do battle with both creepers and the Vex in the same game.