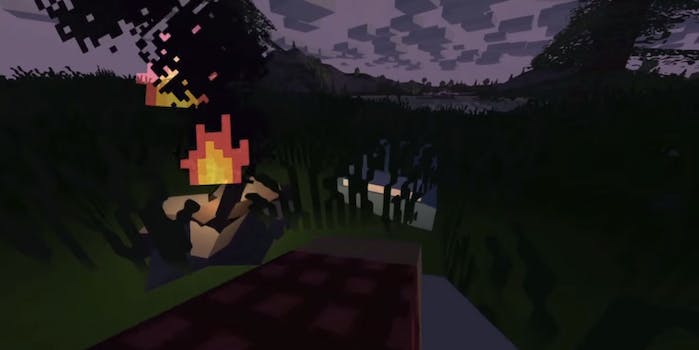 Marrying the open world play of Minecraft with zombie survival is not a fresh idea, but this is a project built from the ground up.

Two insanely popular games, together at last. Meet Unturned 2, a love child of Minecraft and DayZ.

Though Minecraft is pretty ubiquitous, DayZ you may not know. It’s an open world zombie survival sim which began as a mod to the military sim Arma 2, and it became so popular that it warranted release as a separate game entirely.

Marrying the open world play of Minecraft with zombie survival is not a fresh idea. Unturned 2, on the other hand, is a project built from the ground up, rather than a Minecraft mod.

Unturned 2 is billed as a sequel, but it’s really a fresh start on development of the original Unturned. The developer, Greg Stevens, decided it was easier to start over than to try and adjust the original build any further to add the features that players wanted.

Minecraft is generally a feel-good, family-friendly game, while DayZ is the game critics hold up as the poster child for turning gamers into sociopaths when they play online games. How a mashup between the two is going to resolve that intrinsic dissonance is going to be … interesting. You can discover the answer to that question for yourself by downloading the Unturned 2 beta here.