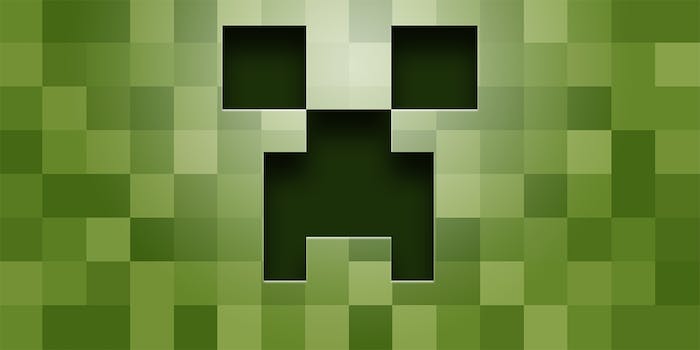 Rape is one of the most deplorable acts a person can commit—whether it’s done in real life or in a videogame. This is the lesson one Minecraft player found this out Sunday after bragging about committing virtual rape on Reddit.

The online version of Minecraft this gamer was playing is known as CivCraft, a modified version that makes the game similar to Sid Meier’s Civilization. Like Civilization, CivCraft tasks the player with building their own world, infrastructure, and rules.

While most players stick to common things like farming or building, a culture of slavery has taken root in Reddit’s CivCraft community.

The process of becoming a slave in CivCraft is referred to as “pearling” or being “pearled.”

The term refers to an item in the game known as a PrisonPearl, which allows players to hold other players captive and take control of their characters. If a player kills another person while in possession of a PrisonPearl, the victim is transported to a section of CivCraft called “the end” in which they can’t escape.

Players sent to “the end” can be freed by the person who killed them by having them toss away the PrisonPearl. Or, as many of Reddit’s r/CivCraft members have giddily discovered, these imprisoned players can become slaves. As gaming site Curse.com explains it:

Use the ppsummon command with a PrisonPearl in your inventory to summon that player back to the real world. This player can do anything as he pleases, but if he travels a configurable distance from the pearl he will begin to take damage. You can place the pearl in the chest if you think it is secure enough to prevent the prisoner from freeing himself. If he dies for any reason, he will be respawned in the end. You can reward your slave by using the ppreturn command, which sends him back to the end where he was with his inventory intact. A bad slave can instead be punished by using the ppkill command, which will put him back at the end spawn with no inventory.

One of CivCraft’s slave owners goes by Aixyz on Reddit. On Sunday, Aixyz decided to release one his female slaves. But before doing so, he “gave her a parting gift”—rape.

Aixyz documented the entire scene through screengrabs in which he posted on Imgur and shared on Reddit. The CivCraft community responded with outrage.

“What the actual f**k,” purplexenon commented. “You stomp around, claiming to be badasses, pearling people, thinking you’re cool? And you do this? I swear to god if I showed this shit and described what’s going on here to your school, you’d be fucking ridiculed and outcast. Jesus Christ this is just immature, disgusting, perverted, stupid and it makes you look borderline crazy.”

On Tuesday afternoon, ariehkovler, one of the moderators for r/CivCraft addressed the moral dilemma, and the legal ramifications the community could face because of Aixyz’s actions. Moderator ariehkovler also added that Aixyzhas been banned from playing on the Canada-based CivCraft server run by the Reddit community.

“This is an issue real-world implications,” ariehkovler wrote. “We won’t and can’t allow what can be considered a real-world crime like this to occur on the server. Also, CivCraft is open to all ages, the legal implications across the server’s and players’ jurisdictions create a real hazard to the community.”

A search of r/CivCraft’s post history reveals 68 different slave-related threads, from people using slaves to dig holes to giving slaves away for free to discussing the historical background of slavery around the world.

There’s also a thread featuring a gamer freely offering himself up as a slave.

To help prevent a thing like this ever happening again, a new set of rules will be implemented on r/CivCraft’s server.

“What this ultimately means for the future of the server is that we have to carve out a set of rules to govern a very small area of depraved and intentionally degrading actions that do not contribute to the experiment as not allowed,” ariehkovler  said. “This needs to be done not only to avoid legal liability, which we can not bear, but also to avoid the moral liability of being party in any fashion to these actions.”