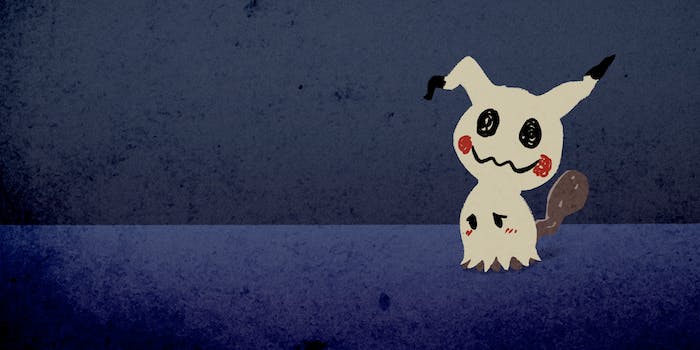 Everybody loves Mimicyu, the new Pokémon who just wants to be Pikachu

He's trying, and that's all that matters.

With all the frenzy around Pokémon Go these days, it’s pretty easy to forget that Pokémon Sun and Moon are mere months away. A recent update from Japanese magazine CoroCoro revealed two new creatures from the game, and one of them is getting a lot of attention.

Mimicyu, the Pokémon on the right, looks like a shabby version of Pikachu at a glance, which is exactly what it is. According to the reveal blurbs, it covers its body with cloth to avoid sunlight and afflicts anyone who tries to remove it with an illness (it is a Ghost/Fairy, type, after all). And best of all, it wears a 20-year-old Pikachu costume because it wants to be loved as Pikachu is loved.

Mimicyu; my new favourite pokemon. It made a little cloth bag to look like pikachu because it wants to be loved. pic.twitter.com/Wvoxqqx0TF

Something about this lonesome admission struck gold in fans’ hearts and drove their pens to paper. The Tumblr tag is a flood of art that prods gentle fingers into the heartache of striving to be good enough. The results are touching and extraordinary. 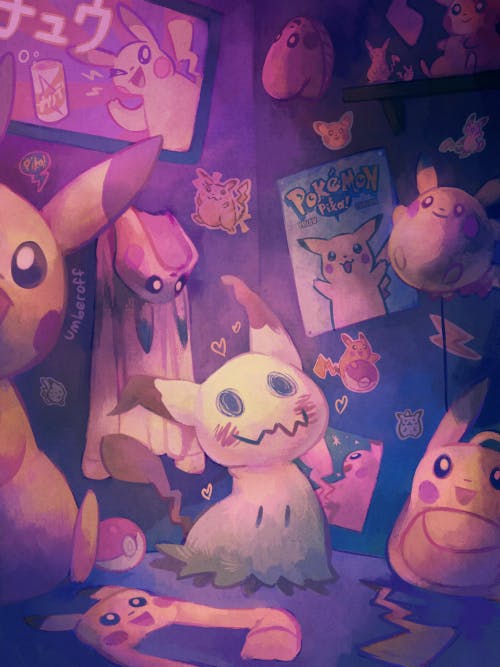 Another sentiment was shared among many of the fanartists: The desire to protect Mimicyu and make it happy. 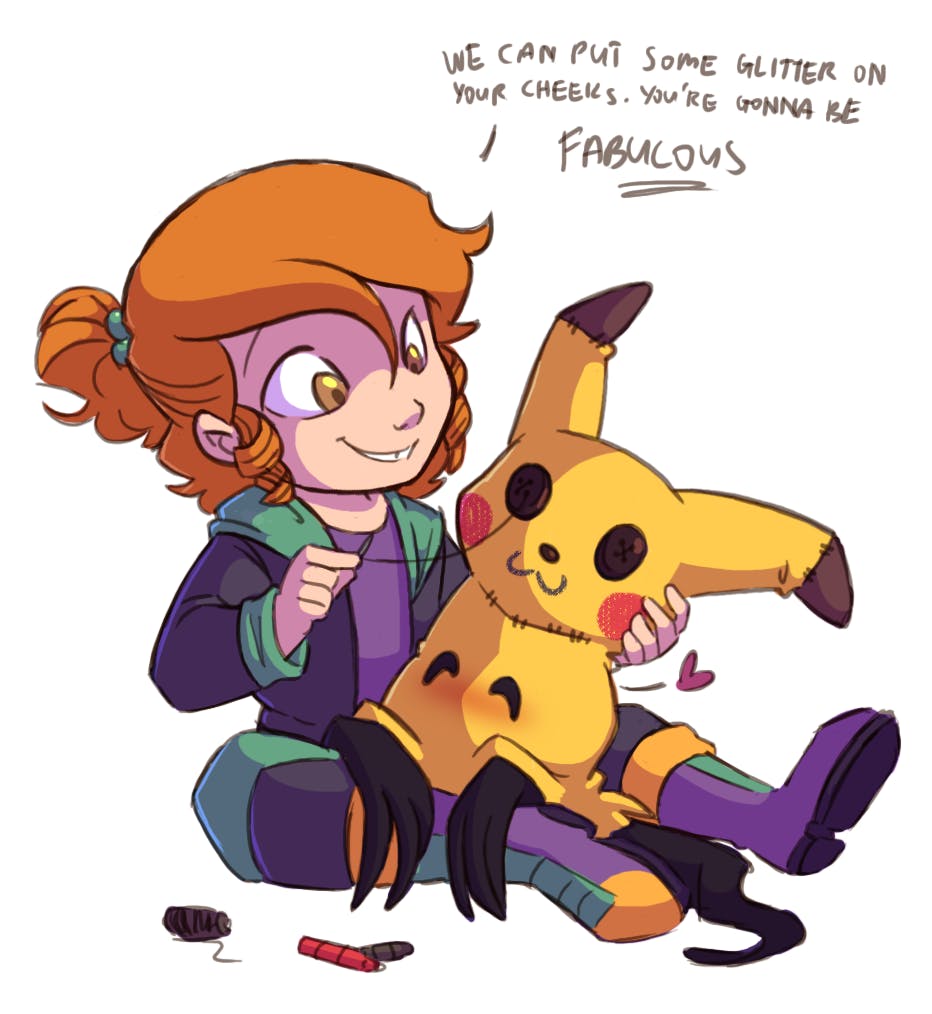 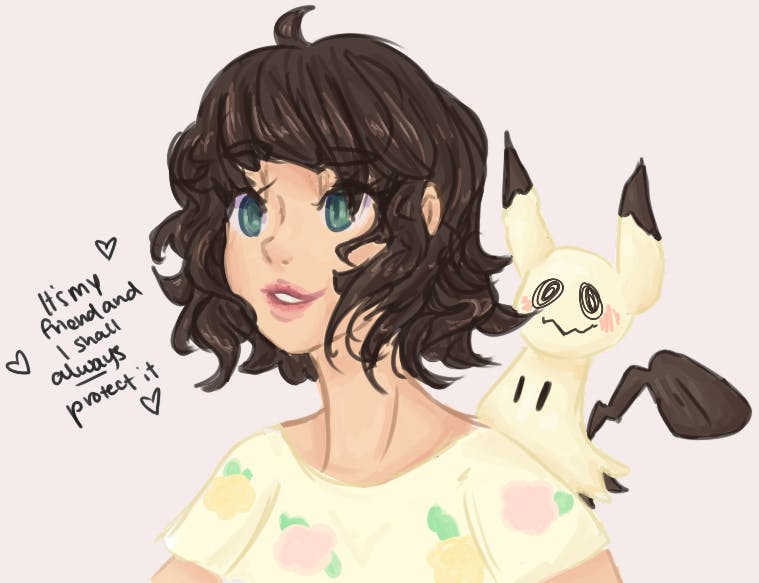 Mimicyu is actually the perfect Pokémon for the Tumblr generation. A little guy with a crooked smile who just keeps trying , he brings a lot of hope for young people who feel awkward and out of place. One fanartist even compared Mimicyu’s plight to that of the artist trying to find their niche in the world. 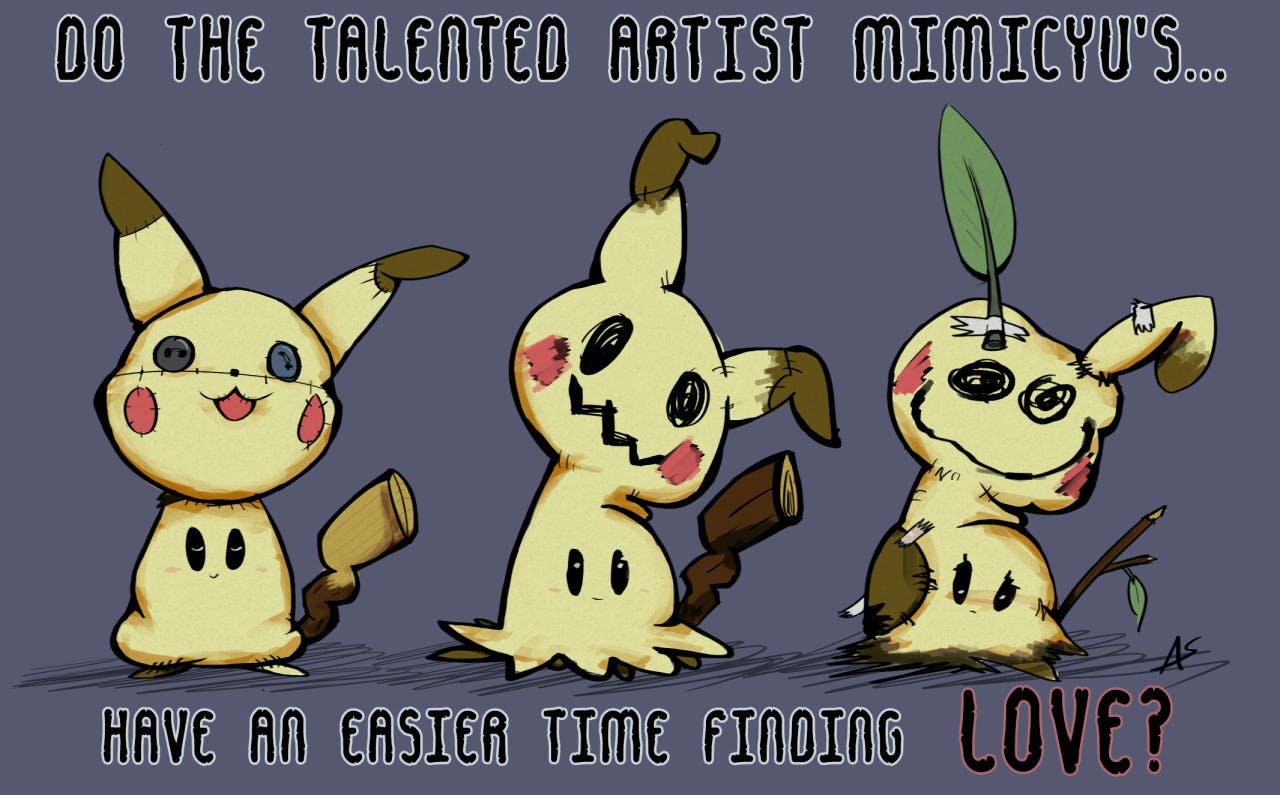 “I will meet a derpy one and encourage it to keep trying its best,” the Tumblr user wrote. “Every artist has to start somewhere, even the shy little spooky ones!”