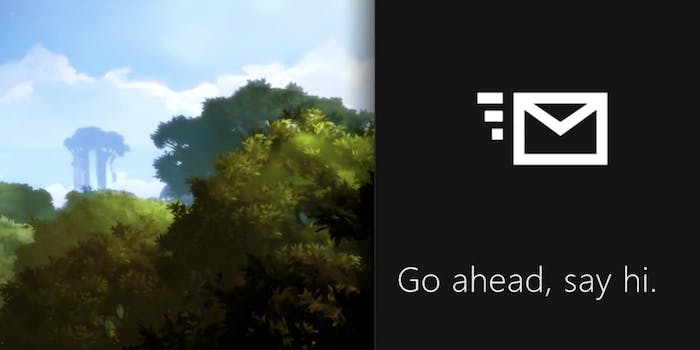 Microsoft is bringing voice messaging to the Xbox One

This simple improvement will mean a lot to Xbox gamers.

Tired of using a keyboard to talk to your friends on Xbox One? Microsoft has good news for you: Relief is arriving next month.

In a preview of the April system update for the Xbox One, Xbox’s Major Nelson has revealed that the console will finally be getting voice-messaging functionality. The addition of voice messaging will close one of the final glaring gaps between the social tools on the Xbox One and Sony‘s PlayStation 4.

Microsoft’s console brand has largely been built on the success of Xbox Live, the social network that pioneered the online Party system and made it easier than ever for gamers to group up for online play. But while the Xbox 360 had voice messaging—which was convenient and useful for organizing an evening’s gaming activities—the Xbox One has lacked this key functionality since its 2013 launch.

The March update for the Xbox One added a screenshot function, which closed another, equally important gap with the PS4. Microsoft also recently improved the Xbox One’s in-game recording and editing features. Late last year, it rolled out updates to improve integration with Twitch and other social tools.

The current operating system for the Xbox 360 is radically different than the one it carried at launch in 2005. It only makes sense that the Xbox One will continue to evolve at a rapid pace as well.