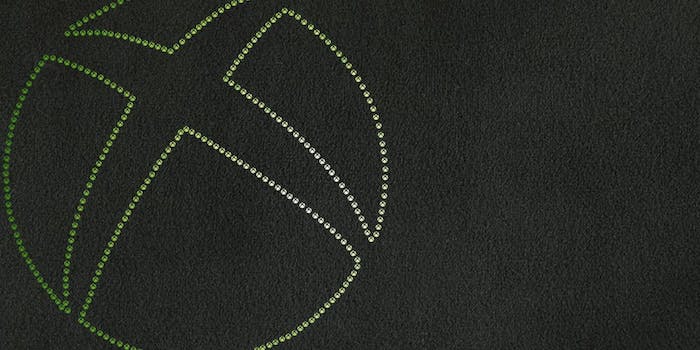 The company is pressing reset on Xbox One marketing with a slate of new games.

If Microsoft has a narrative it wants to build for 2014 the theme is “redemption.” It’s been a rocky year for Microsoft since E3 2013. Every major new policy announced for the Xbox One last year—always online, limits on used game sales, mandatory Kinect—was reversed while the company struggled to shrink a 2-million-machine sales deficit compared to Sony’s PlayStation 4.

With those changes and the Xbox One price drop to $399 as of today, Microsoft has established relative parity with the PlayStation 4. Microsoft needs a do-over for the Xbox One’s marketing narrative. Today’s E3 press conference was their opportunity to hit the reset button.

Microsoft showed nothing but games this morning, 19 triple-A titles in all, and more than a dozen indie games in a montage for the [email protected] initiative. The entire presentation was laced with video of game developers talking about their favorite games, and favorite game characters. Every time a developer or executive took the stage, the graphics on the live feed identified their favorite game. Microsoft laid the focus-on-games theme on heavy.

As always, a healthy selection of the titles shown were not Xbox exclusives. Games like Call of Duty: Advanced Warfare, Assassin’s Creed Unity, Dragon Age: Inquisition, Evolve, Rise of the Tomb Raider, Witcher III: The Wild Hunt, and Tom Clancy’s: The Division are all cross-platform releases.

Some of those games will have their DLC available first on Xbox, including Advanced Warfare and The Division.

Microsoft has done a good job of securing early access to new content for the Xbox 360 and they’re continuing the tradition in the present.

The majority of the games shown at their E3 2014 press conference were exclusives.

The cream of the crop, at least for Xbox fans, was introduced by Bonnie Ross, the studio head of 343 Industries. 343, of course, is the custodian of the Halo franchise, specifically founded for the task.

“We think of [the Halo universe] as a real place, inhabited by real characters,” Ross said. In what was likely the highlight of the event for Halo fandom, Ross announced Halo: The Master Chief Collection, which will be released on Nov. 11.

The Master Chief Collection will include all four Halo games which star Master Chief, Halo 1-4, with the first three games in the series remastered for the Xbox One’s superior graphics. Halo: Combat Evolved already had an anniversary edition, which updated the visuals for the Xbox 360, but this will be the first time it appears on the Xbox One.

Halo 2 and 3 have not previously seen updates, so these will be entirely new content improvement for Halo fans. Players will be able to switch between the classic graphics and the updated graphics, as they also could in Halo: Anniversary. Every level for all four games will be unlocked from the very beginning, and players will be able to make custom level playlists to share online.

Microsoft is including all of Halo 2 multiplayer—the game which pioneered multiplayer FPS gaming on consoles—as part of the Master Chief Collection package. Microsoft demoed the famous Halo 2 map Ascension, to give the audience a taste of the gameplay.

In an announcement that will please Xbox One fans who are wringing their hands over the PlayStation 4’s currently superior screen resolutions, the Master Chief Collection will be running at 60 frames per second, and at 1080p resolution.

Finally, this massive set will also include Halo Knightfall, the Halo digital feature produced by Ridley Scott which is currently being shot in Belfast, Ireland. Scott’s feature will introduce a character who will tie into the next Halo game, Halo 5: Guardians.