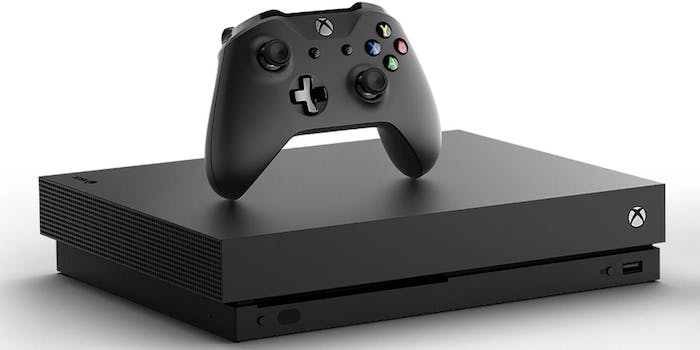 It's time for Xbox One owners to clean up their potty mouths.

Xbox owners, you’d better watch your language when you’re playing online. Microsoft just updated its terms of service to ban what it’s calling “offensive language.” The new agreement goes into effect on May 1. Once it does, violators could see their Xbox accounts suspended temporarily or outright canceled.

The ban spans Microsoft platforms from Xbox to Office to Skype. So apparently you could lose access to Skype if you swear on a call, though that seems unlikely. Of all of Microsoft platforms, Xbox players will certainly be hit the hardest. This is the platform where tempers run high, toxicity is inescapable, and offensive language flows between strangers like water.

Toning down that toxicity is the point, no doubt. Microsoft says, “violation of the Code of Conduct through Xbox Services may result in suspensions or bans from participation in Xbox Services, including forfeiture of content licenses, Xbox Gold Membership time, and Microsoft account balances associated with the account.”

Similar measures were already in place before Microsoft updated the terms. But instead of “offensive language,” the previous phrase was “profane words or phrases.” The new term covers a wider range of language that might be offensive, if not exactly profane.

As for people with offensive language in their Outlook folders, they’re probably safe as long as no one reports them. Microsoft says it can’t “monitor the entire Services and make[s] no attempt to do so.” So without reason, the company won’t comb through your data. Even so, Microsoft “reserves the right to review Your Content” when it’s “investigating alleged violations of these Terms.”

In short, be careful what you say when you’re playing games online. These new terms of service make it clear, playing online is a privilege, not a right.