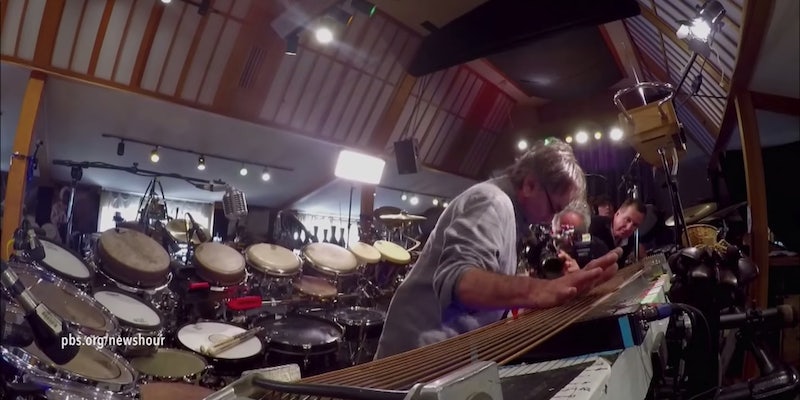 Hart makes music from the universe.

PBS NewsHour caught up with Mickey Hart, one of two drummers for the Grateful Dead, in the San Francisco Bay Area. Hart is not only a prolific percussionist, but also quite the science lover, according to their video.

He is collaborating with several Bay Area scientists from backgrounds as diverse as astrophysics and neuroscience to create music inspired by the natural rhythms of the stars and our brains. Just watch. It’s like, totally rad, man.

The Grateful Dead are currently on their farewell tour, and play their last show in Chicago on Sunday.