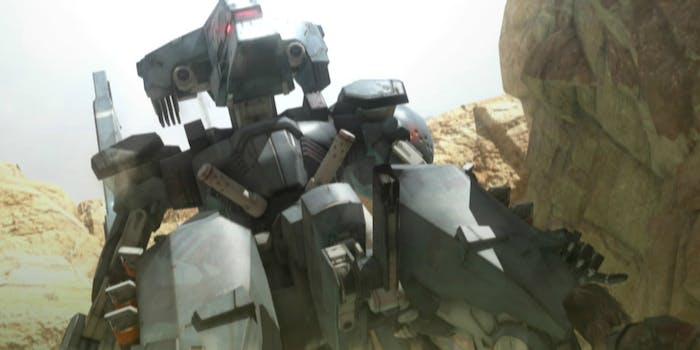 The biggest game in the franchise has an appropriately big trailer.

Hideo Kojima’s reputation as a game developer is based in part on the depth of his involvement in every Metal Gear game, where he acts not only as a producer and a creative lead, but also as a de-facto filmmaker in the way he handles cutscenes and narrative with his unique approach.

Kojima also personally directed and edited the launch trailer for the newest game, Metal Gear Solid V: The Phantom Pain, which takes viewers through the history of the franchise, calling back to the stories of Solid Snake and Big Boss, before giving them a taste of what to expect in this installment.

The Daily Dot’s reviewer wrote that Metal Gear Solid V “preserves the series’ core appeal while delivering an experience that some would argue is long overdue.” It’s therefore fitting that the launch trailer gives us a taste of both the old and the new in the world of Metal Gear Solid.

Metal Gear Solid V: The Phantom Pain will be released for PC, PlayStation 3, PlayStation 4, Xbox 360, and Xbox One on Sept. 1.