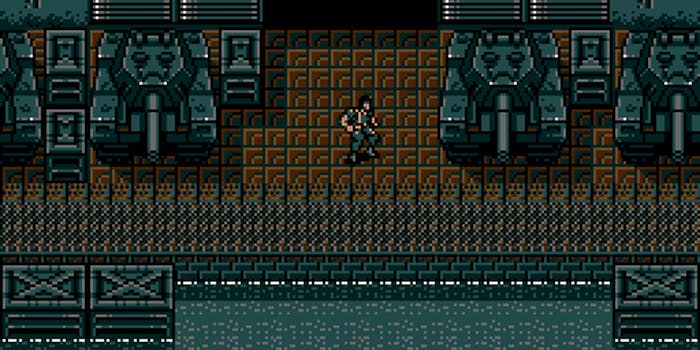 The 1987 game is set to come back to life thanks to a group of loyal fans.

Most video game companies are extremely protective of their intellectual property. But it seems that publisher Konami has embraced a new idea. A group of Metal Gear Solid fans and modders have come together to work on a remake of the original Metal Gear game that was released for the MSX back in 1987. Konami has announced their support of the project, and has decided to allow the release of the game free of charge.

Metal Gear kickstarted the Metal Gear Solid series, one of gaming’s most influential franchises. It pioneered stealth gameplay and introduced movie-like narrative to video games. It’s understandable, then, that there’s an army of fans willing to donate their time to recreating it.

The group of modders, known as Outer Heaven, reached out to Konami to ask for permission to remake the original game. To their surprise, Konami responded positively, and only asked that the group leaves out any copyrighted material for their marketing.

This unusual move by Konami could signal a trend in the video game industry where publishers allow independent modders to remake old games. Or it could be a one-off from a benevolent game developer. We’ll have to wait and see.

The remake project is still in its infancy, and Outer Heaven is seeking C++ coders to help with the project. They can be contacted at [email protected]