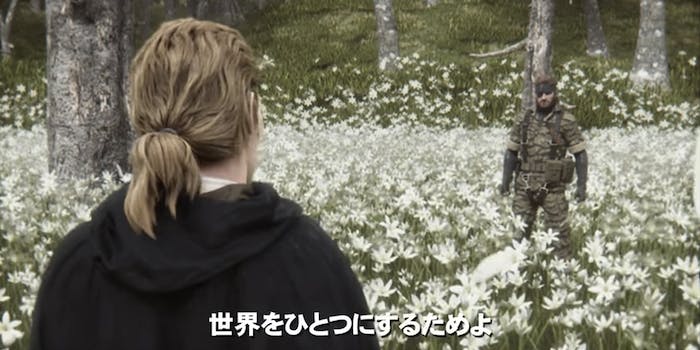 Really, Konami? This is the best you could do?

Metal Gear Solid fans are trembling with fury this morning after Konami unveiled a trailer featuring remade footage of a pivotal scene from the series’ third installment, Snake Eater.

The trailer, produced with the Fox Engine that Konami built for Metal Gear Solid 5, should have made fans ecstatic—Final Fantasy 7 remake, anyone?—and it would have, if it weren’t an advertisement for Konami’s newest project: A pachinko machine.

Pachinko, a form of pinball, is an extremely lucrative business in Japan, and Konami has many other pachinko machines based on its popular properties, including Silent Hill. It makes sense for Konami to produce a pachinko machine for Metal Gear Solid, but fans desperate for a remake of the game are still super pissed.

#FucKonami you are destroying my childhood with this sh*t @Konami
How could you abuse MGS for your damn p. machine? pic.twitter.com/oUSjuJDrT7

When I heard Konami was remaking MGS Snake eater as a pachinko machine. pic.twitter.com/Y9yifMWoV9

Perhaps when they simmer down, they’ll be able to appreciate seeing the Boss and Naked Snake in all their high-def pinball glory. Still, the pain of realizing that that glimpse is the closest we’ll get to a remake cuts deep. Does Konami mind that it hurt us so? We think not.