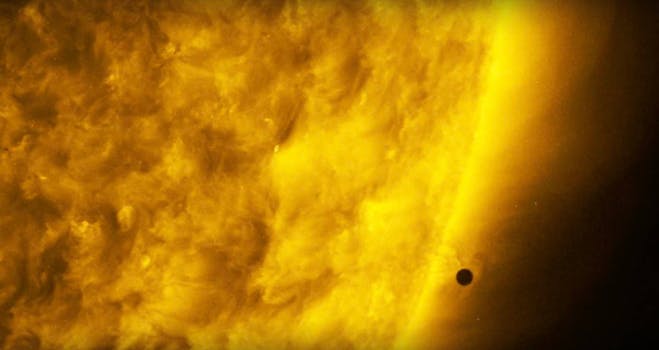 Watch Mercury sail past the sun during its latest ‘planetary transit’

Look at it go!

Stargazers and space fans got a treat on Monday as they witnessed Mercury cross in front of the sun, and NASA has now released a stunning time-lapse video showing the event.

This “planetary transit,” which occurs when Earth’s and Mercury’s paths cross each other’s orbital planes, only happens about 13 times per century. This particular transit took approximately 7.5 hours, giving us Earthlings a front-row seat.

NASA sped up the process in its video, showing the sun in a level of detail that we typically don’t see. Mercury, by comparison, is nothing more than a tiny dot traversing its surface—a mere speck against the backdrop of the massive ball of gas and heat that is our star.