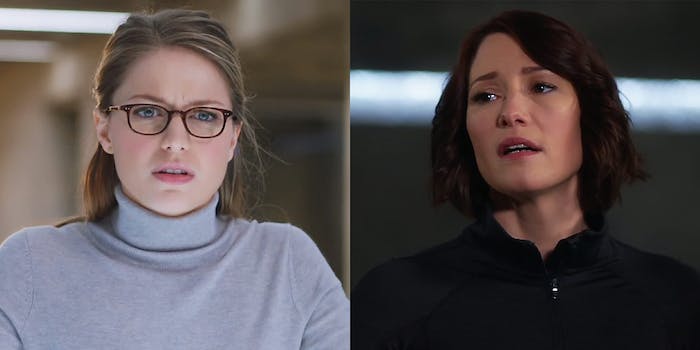 'This is heartbreaking, and at times makes me feel helpless.'

Variety first reported on allegations against Kreisberg Friday night, which described a toxic work environment where Kreisberg inappropriately touched members of his staff, kissed women without their permission, and made “sexualized comments” about women based on their clothing and appearance—including the suggestion that he hired women based on their looks. Those who alleged sexual harassment didn’t file complaints in fear of retribution due in part to Kreisberg’s high status, while one woman who complained to the shows’ production company about Kreisberg’s behavior said that, “Nothing happened. Nothing changed.”

Kreisberg has denied all of the allegations made against him.

“We have recently been made aware of allegations of misconduct against Andrew Kreisberg,” Warner Bros. TV Group told Variety. “We have suspended Mr. Kreisberg and are conducting an internal investigation. We take all allegations of misconduct extremely seriously, and are committed to creating a safe working environment for our employees and everyone involved in our productions.”

Over the weekend, several women who work on Arrowverse TV shows—the shared universe that includes Arrow, The Flash, and Supergirl, which Kreisberg was an executive producer for—spoke out for the need to address sexual harassment

Melissa Benoist, who plays the title character on Supergirl, didn’t mention Kreisberg by name but addressed the need for a safe work environment in a Twitter post.

“Sadly, the show and my career are part of an industry that doesn’t always mirror these sentiments,” she wrote. “This is heartbreaking, and at times makes me feel helpless. I know I’m not the only one who feels this way. But I’m an optimist. I believe lasting change is possible, and when people are mistreated, they should have a safe forum to speak their truth and always be heard.”

Benoist’s co-star Chyler Leigh took to Instagram and quoted Maya Angelou in her call for women to unite.

Emily Bett Rickards, who’s currently on Arrow, was more direct in her message addressing Kreisberg (but not by name) as she praised the women who spoke up while criticizing the men who were complicit in allowing sexual harassment to happen.

“To the men who committed harassment, who perpetuated rape culture, who turned a ‘blind eye’, and complain about ‘reverse sexism’: you are weak and complicit,” she wrote. “To the women who found strength to speak up. To the women who supported one another and to the women finding their voice: You can. You are heroines.”