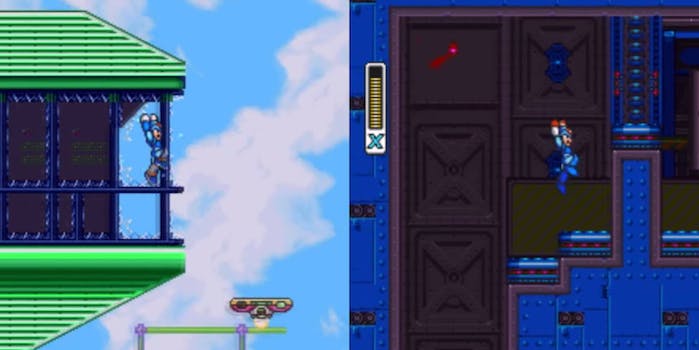 This guy should go into the Video Game Hall of Fame.

There was always that one kid in high school who could solve a Rubik’s Cube in under a minute. What everyone didn’t know was that same kid knew someone who could solve it blindfolded.

It’s kind of the same with Mega Man, a video game series known for its difficult enemies and required precision. There are a handful of people who are excellent at the game. But there’s always someone who just takes it to another level.

That’s exactly the case with YouTuber and Twitch streamer AuraPuffs, who beat both Mega Man X and Mega Man X2 simultaneously, with the same controller. It’s not tool assisted, and there isn’t any game manipulation—it’s just him and a SNES controller.

Watch and be amazed.

It hurts the brain just to watch this video, let alone to imagine playing it. The next time someone tells you that they’re good at multitasking, tell them that they have nothing on AuraPuffs.