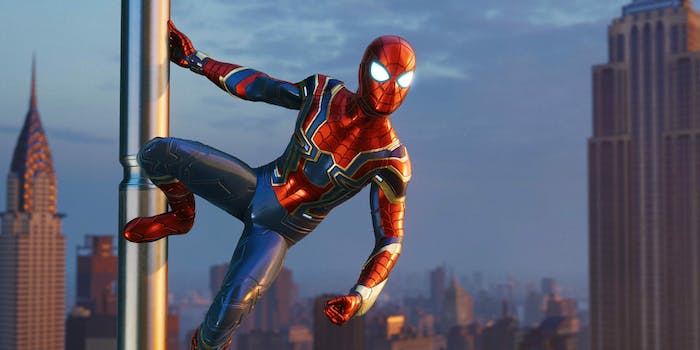 ‘Infinity War’ corrected a confusing error in the Marvel timeline

If you’re the kind of person who gets annoyed by discrepancies in superhero franchise timelines, well… First of all, you have our sympathy. Secondly, we have some good news about Avengers: Infinity War, which corrected a glitch in the MCU timeline.

Last year, Spider-Man: Homecoming confused a lot of fans by saying the main story happens eight years after The Avengers. That would mean it takes place in 2020, putting the entire franchise timeline out of whack. (Remember, Peter Parker made his debut in Captain America: Civil War in 2016, which took place shortly before Homecoming.)

Infinity War clears things up during a scene with Doctor Strange, who says Loki attacked Earth “six years ago.” This confirms that major MCU events still (mostly) happen in real time, with The Avengers in 2012, Spider-Man: Homecoming in 2016 or 2017, and Infinity War in 2018.

That “eight years later” title card in Spider-Man: Homecoming is still a mystery, though. Will Marvel correct it in later editions of the home release?