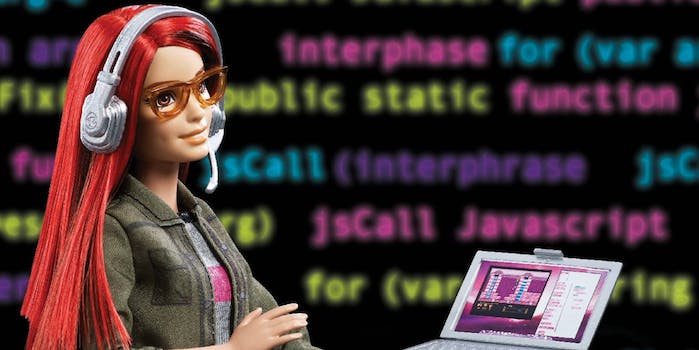 Say hello to the latest Barbie, a game developer with long red hair and glasses.

In her admirable quest to conquer every hobby and career on the planet, Barbie is now a game developer.

The new Barbie doll, featuring long red hair, glasses, a headset, and a laptop computer, was announced by Mattel on Wednesday.

Game developer Barbie is something of a corrective move for Mattel, following the much derided Barbie: I Can Be A Computer Engineer book, which went viral in 2014 for its less-than-feminist message. The book was mockingly remixed by two women working in STEM fields, and Mattel apparently learned its lesson.

According to Casey Feisler, one of the women who made that computer engineer Barbie parody back in 2014, Mattel’s new game developer Barbie is a tremendous improvement. For starters, judging by the doll’s computer screen, Barbie can actually code.