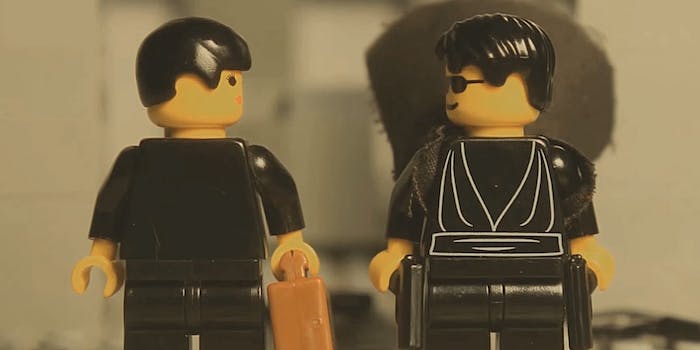 A lot of films and movie scenes are being recreated with Lego these days, but this remake of a classic moment from The Matrix is one you just can’t miss.

Stop-motion animator Snooperking has remade the lobby fight scene from The Matrix entirely with Lego, including some awesome minifigures of Neo and Trinity. On YouTube Snooperking writes that he “spent a while on this one, taught myself a lot.”

“This was more of an experimental animation to test my limits of animation,” he explains.

In December he shared a preview of the scene, writing that the six-second clip took him more than an hour and a half of work. On Reddit, he writes that the whole scene took “about 160 hours…spread out over the course of 3 months though so not to bad.”