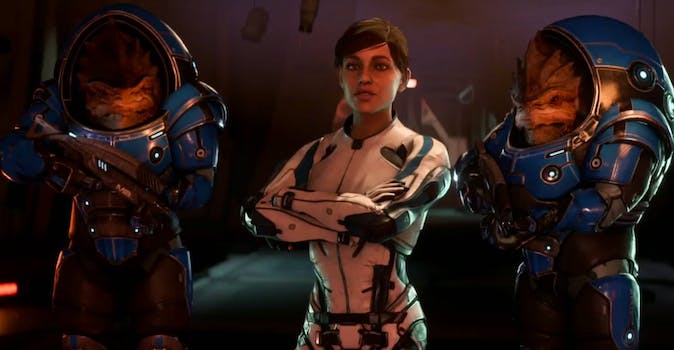 The next chapter in BioWare's epic space saga will be here sooner than you think.

Fans of BioWare’s epic space RPG Mass Effect have been patiently (or not-so patiently) waiting for the next entry in the series for quite a while now. Mass Effect 3 hit store shelves back in 2012, and the ending proved to be controversial for many players. Still, Mass Effect Andromeda is one of the most hotly anticipated upcoming titles across all platforms this year.

Though we still haven’t seen much of the game in action yet, BioWare announced today that Mass Effect Andromeda will launch on March 21. The studio’s general manager Aaron Flynn penned a blog post to thank fans for waiting, and detailed a bit of the development process.

Mass Effect: Andromeda is our most ambitious Mass Effect game to date. We’re telling completely new stories, creating new characters, new planets, new species, and introducing new gameplay systems. And for the first time, we’re bringing Mass Effect to the Frostbite game engine, an incredible engine that’s delivering a tremendous graphical jump from the trilogy to Mass Effect: Andromeda. To deliver on this, we’re taking all the time we can to make sure you’re getting the best possible experience.

Mass Effect Andromeda promises a brand new galaxy for players to explore, while still providing familiar gameplay mechanics. The game hits Xbox One, PlayStation 4 and PC on March 21 in the U.S., and March 23 in Europe.