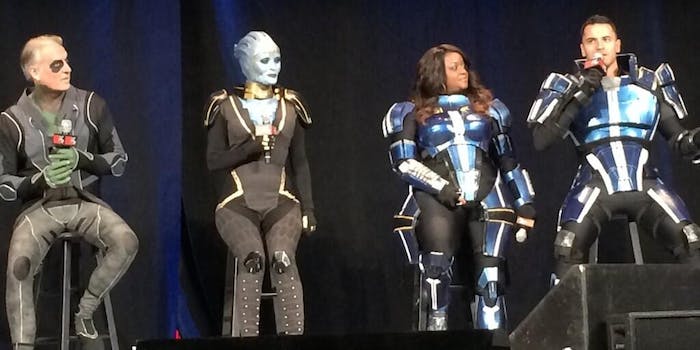 Two years after the last installment of the game came out, fans' passion hasn't wavered.

The final game in Bioware’s science fiction role playing video game trilogy Mass Effect may have come out two years ago, but the dedication and popularity of the game hasn’t waivered since that last installment. This was abundantly clear at Saturday’s PAX East panel “Mass Effect Cast Cosplay Initiative: The Event.”

The event featured two actors who voiced characters in the series (Keythe Farley who voiced Thane Krios and Kimberly Brooks who voiced Ashley Williams) as well as two models characters were based on (Luciano Costa who Kaidan Alenko was modeled after and Rana McAnear who Samara and Morinth were modeled after.) All four cosplayed as their respective characters from Mass Effect. 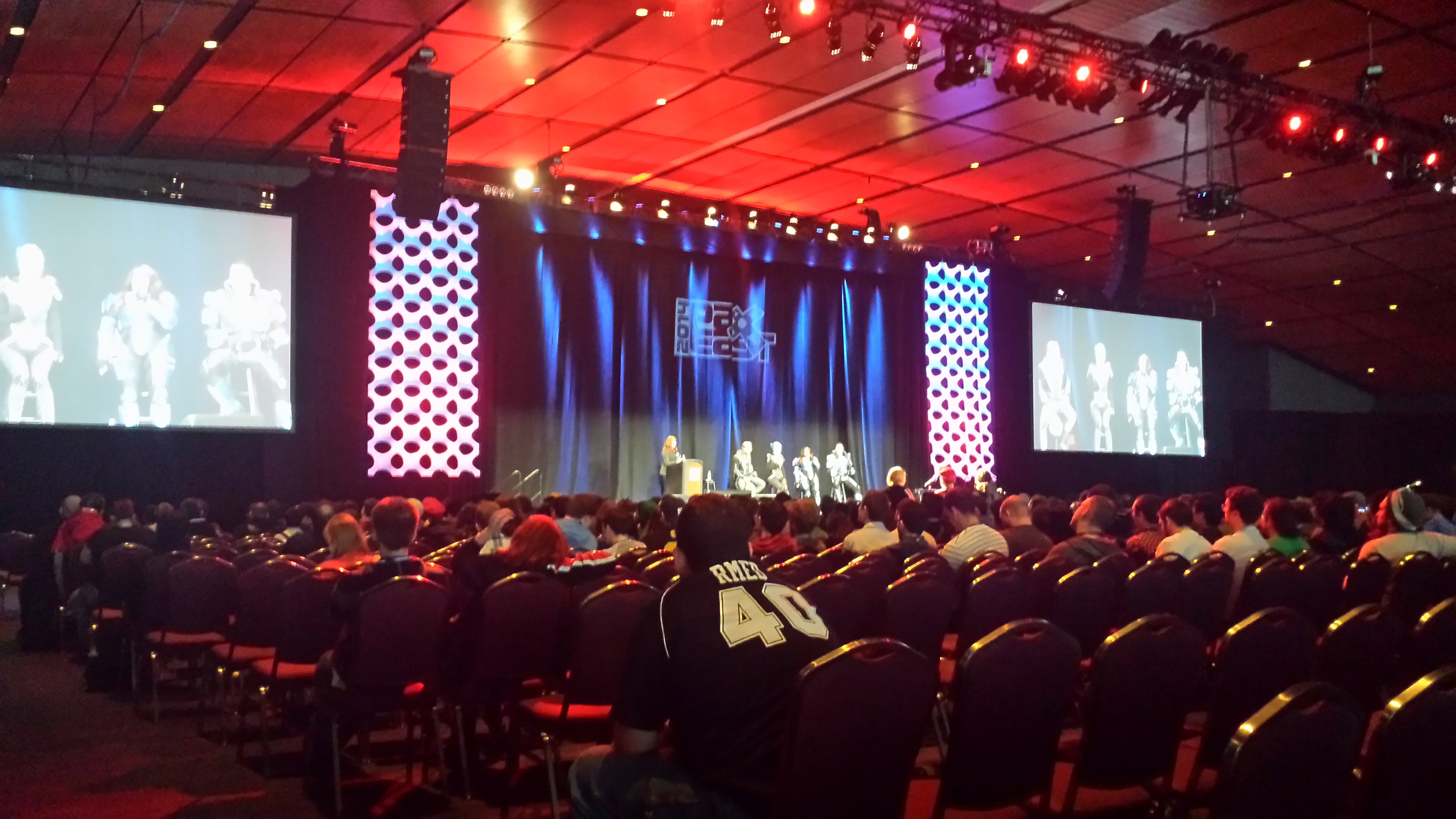 The event has been over a year in the making and was itself powered by fans. The goal of the Mass Effect Cosplay Initiative is to have as many voice actors and models as possible cosplay as their respective characters to give back to fans as they ask fans to give to charity. The project was created by Karissa Barrows, moderator of the PAX panel, who had the idea after seeing McAnear cosplay as Samara with the voice actor behind the male Commander Shepard, Mark Meer, cosplaying as his character at Dragon*Con. 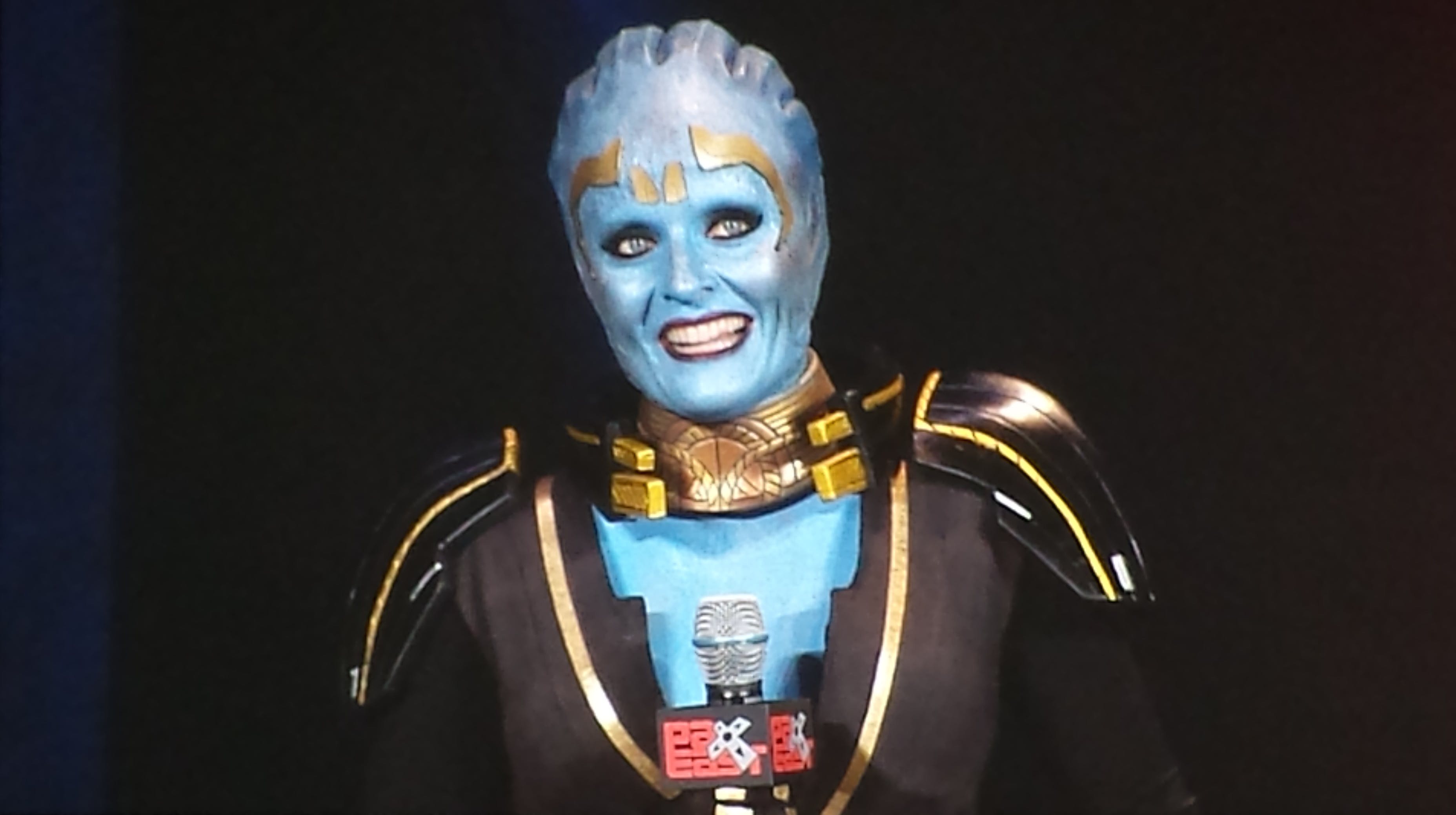 Thanks to fan support and donations, Barrows was able to put together this PAX event. The costumes worn by the panel participants were created by the Initiative. The event almost filled the Main Theatre at PAX as fans lined up well before the start time and 10,000 people watched the panel live stream on Twitch, showing how the passion of the Mass Effect fandom is still at full strength. 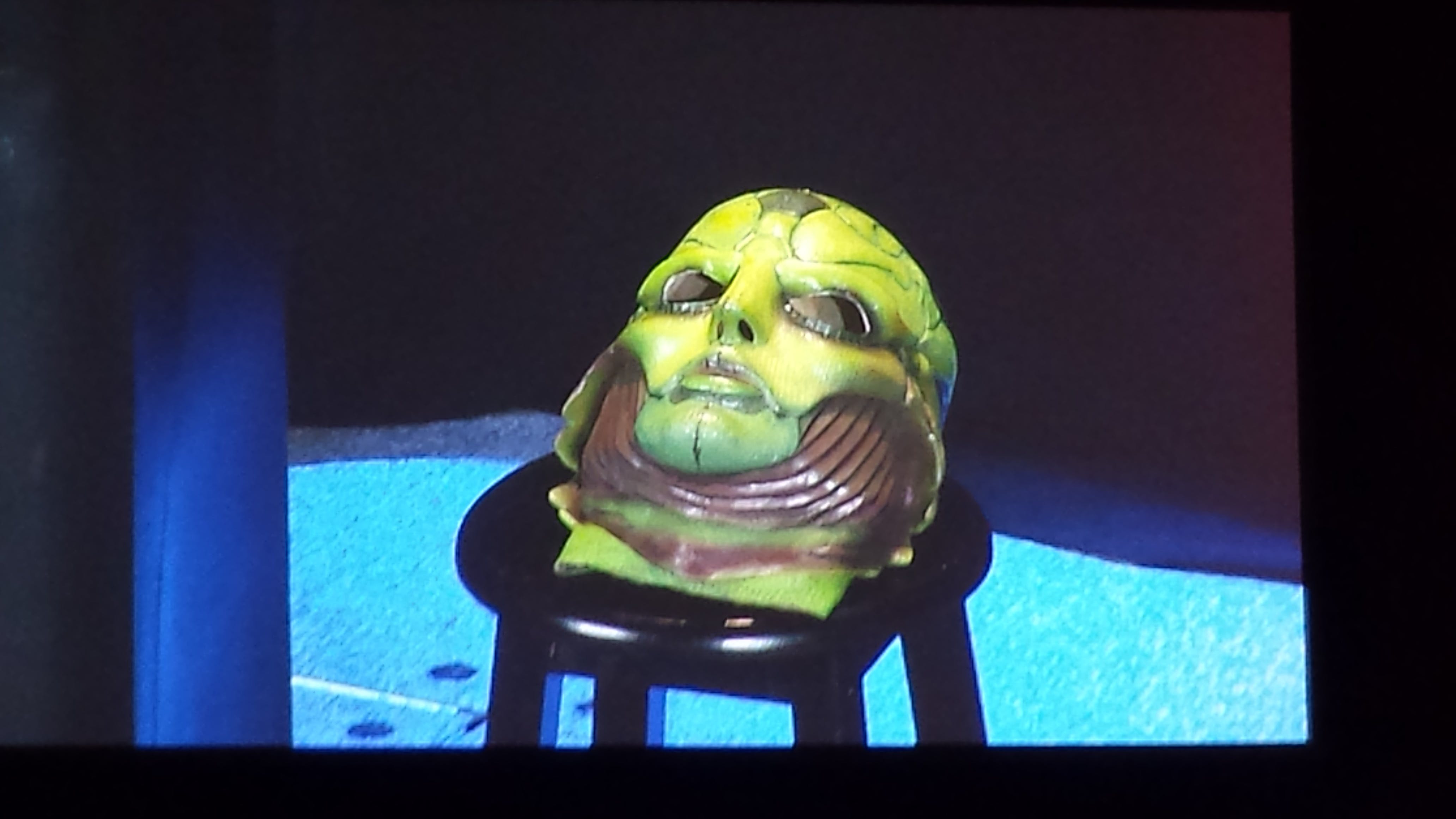 “I think that what Bioware has done in general and what they really did specifically with Mass Effect was they really paid attention to character and story and that’s why the people are lining up out there two years later because they feel like they have an investment not just in the game but in the characters as part of that game and bioware and the whole team just did an amazing job just creating a world that’s populated with characters that people really care about,” Farley told the Daily Dot. 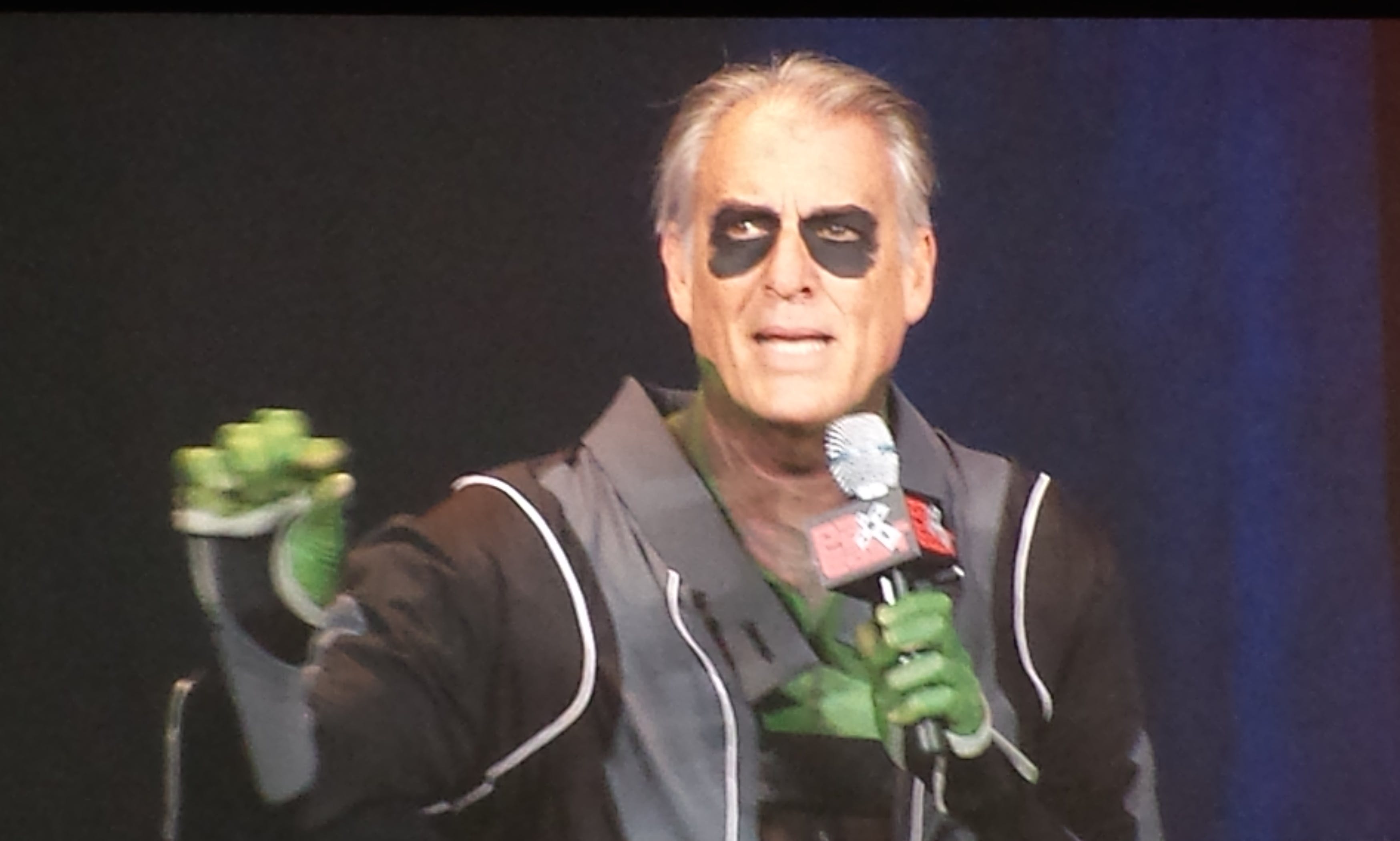 
This was the first time Farley dressed up as his game counterpart, and the same goes for Brooks, who told the Daily Dot cosplaying as Williams felt amazing and empowering. She was also very excited to see the line of fans waiting for their panel.

“It’s unbelievable. The fan loyalty is amazing. It’s such a huge, amazing community of really dedicated fans,” she said. 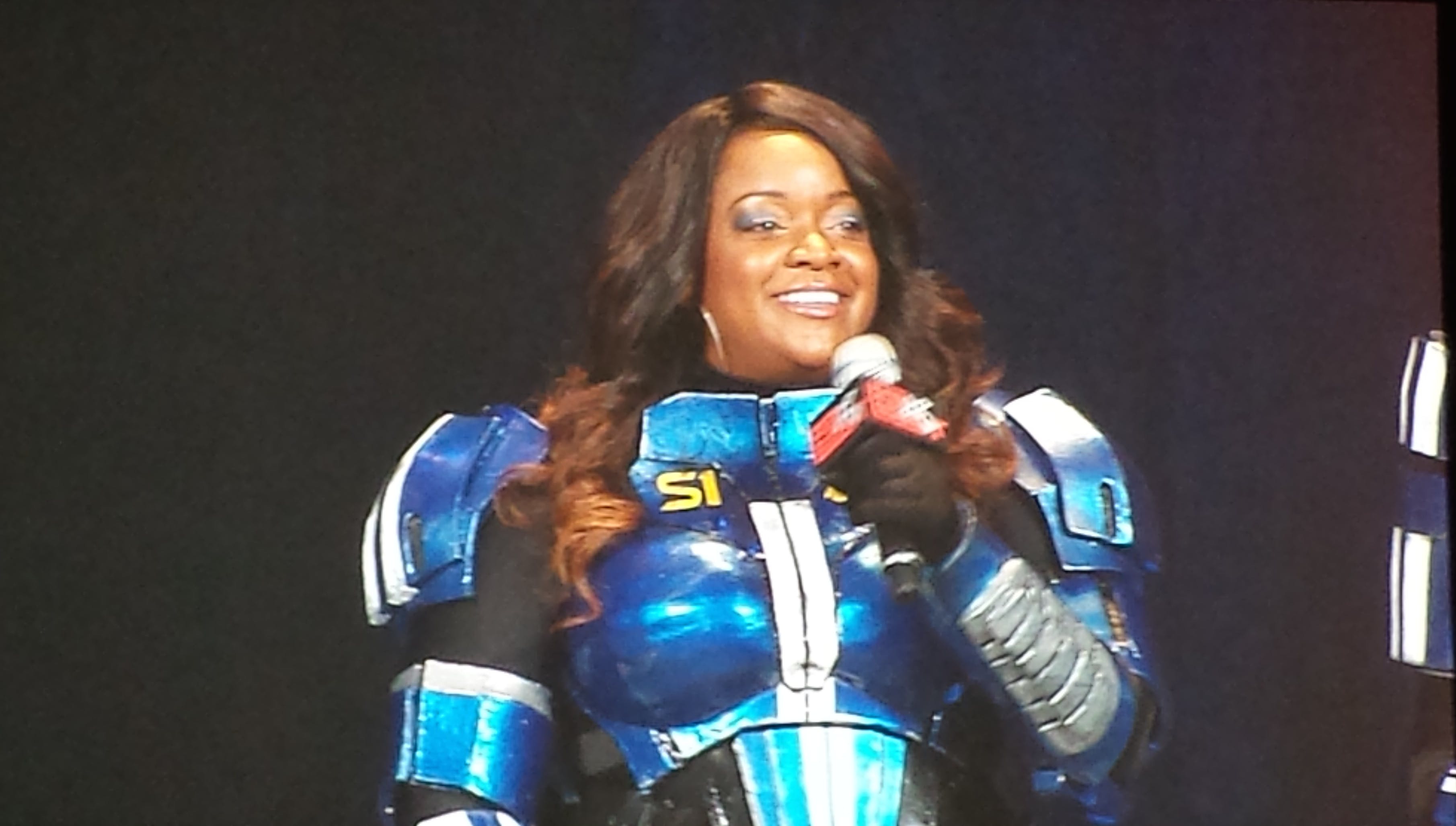 The cosplay event was mainly a Q&A, giving fans an hour to ask questions. Questions ranged from asking the panelists about their favorite lines to their thoughts on character development, showing the fans’ dedication to the franchise after all these years and making it seem like they could go on even longer than the panel allowed. Costa called the passion shown by fans humbling and his first time dressing up as Alenko exhilarating.

“I didn’t realize how big an impact this game had on the gaming community, so it’s exciting to see so many people out there that really want to see us and talk to us so that’s good,” he told the Daily Dot. 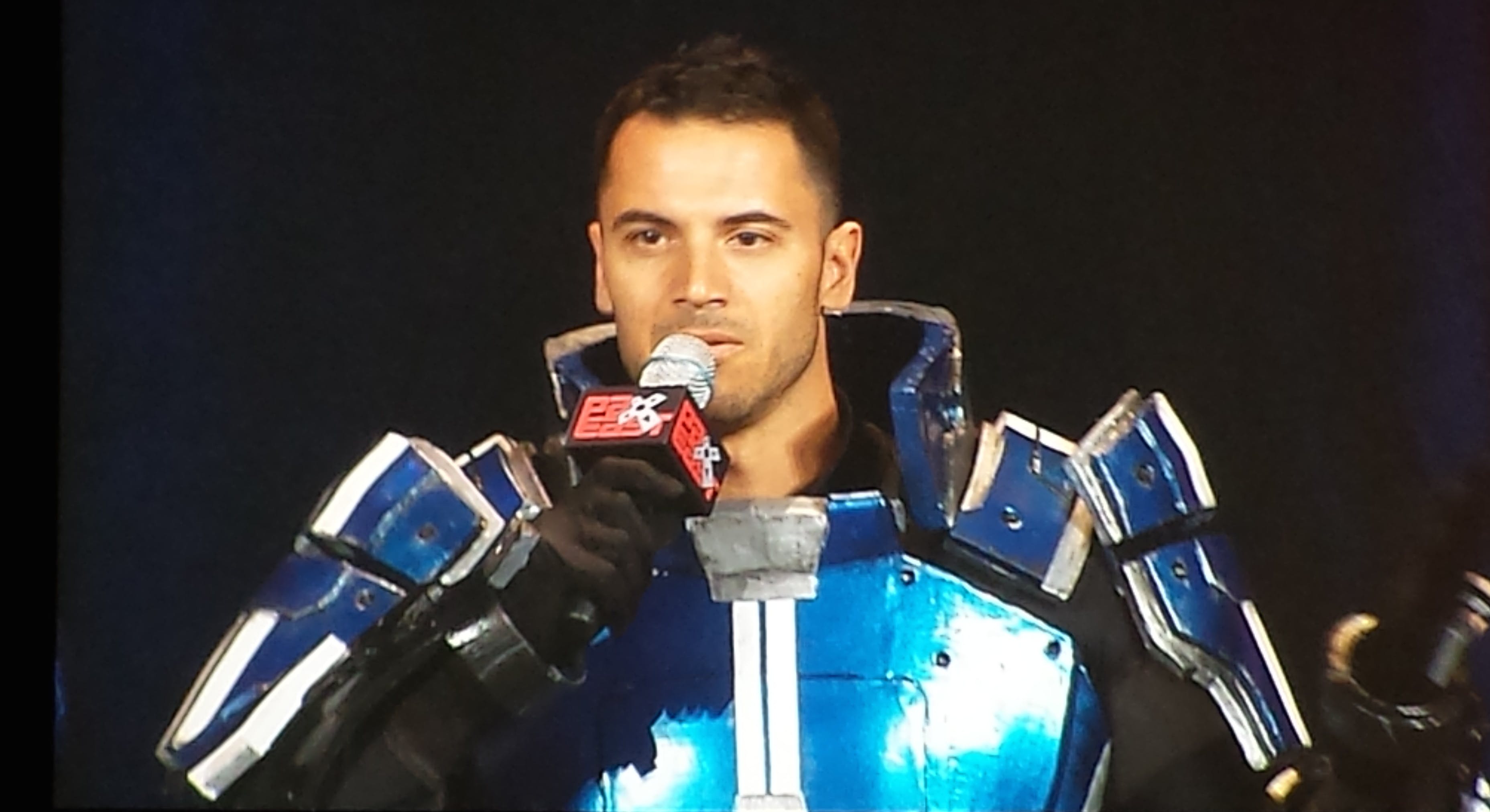 The charity component of the event took place right after the panel. A photo opp was offered with the talent, from which all the proceeds will go to St. Jude Children’s Research Hospital. And it certainly inspired fans to take part: The line for photos wrapped around the Queue Hall.

Making $ for Saint Jude’s one @MECastCosplay photo at a time. And that’s a lot of people in line for photos!! #MECC pic.twitter.com/jHT0pRvsv7

The lines for both the photo opp and panel at PAX show that even though for now at least fans don’t know much about the future of the series beyond a rumored Mass Effect 4, their passion until then won’t wan.

Learn more about the Mass Effect Cosplay Initiative and how you can help support St. Jude Children’s Research Hospital on their website. Watch the entire panel on Twitch.