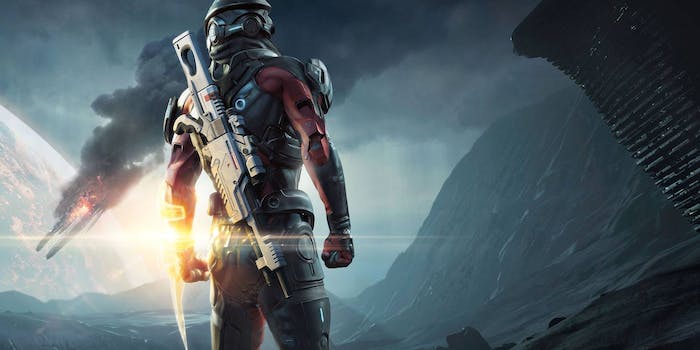 No one knows what awaits in the Andromeda galaxy. A brave team of explorers have set out to find sustainable worlds in the far reaches of space. This mission is at the core of Mass Effect Andromeda, the next installment of BioWare’s popular sci-fi RPG franchise.

Set long after the previous games, Andromeda will introduce a brand new cast of characters and powers for fans to get acquainted with. The Reaper threat from the original trilogy has been taken care of by the time this game begins, with Commander Shepard and friends left behind as well.

In an interview with the Daily Dot, Mass Effect Andromeda‘s creative director Mac Walters and a lead writer Cathleen Rootsaert discussed the inspiration behind the game and what players can expect when they venture into deep space.

With a whole new galaxy to explore, there’s a lot to learn before Mass Effect Andromeda launches. Get caught up on everything we know about this hotly anticipated title below. Mass Effect Andromeda will be available for PlayStation 4, Xbox One, and PC on March 21. At launch, a deluxe version of the game will be available including additional costumes and multiplayer bonuses, as well as a digital soundtrack.

EA Access subscribers on Xbox One and PC will be able to download and start playing the game early on March 16, as part of an exclusive 10-hour trial. However, PS4 Pro owners can make use of the system’s 4K capabilities, built specifically to highlight environments in higher qualities.

Alec Ryder, voiced by veteran actor Clancy Brown, leads as the Pathfinder on this intergalactic mission. He serves on Hyperion, the ship carrying human scientists and explorers to the Andromeda galaxy. Sara and Scott Ryder, his twin children, join the mission, and players can choose which of the Ryder siblings they want to control. Both characters are relevant to the game’s plot. Other human allies are Cora Harper, a stoic Biotic Commando leading the mission, and Liam Kosta, a close-range fighter who makes use of Omni-blades. The rest of the player’s squad includes Peebee, an Asari who will provide much of the team’s comic relief, and an unnamed Krogan ally.  You can meet the team in a short introductory video below.

Not much is known about the Kett, the shadowy villains in this new galaxy. They are tall creatures that wear imposing armor and don’t seem very friendly. As a native species to this galaxy, the Kett see Ryder’s squad as the aliens and feel threatened by their presence. How their story will play out is one of Andromeda’s biggest mysteries. Though fans knew about the next Mass Effect title for some time, Andromeda was finally confirmed at E3 2015, and further unveiled later that year with a cinematic teaser featuring the voice of Commander Shepard. These early teases for the game hinted at an expansive open world and mysterious new planets.

It wasn’t until late last year when we got our first real look at the changes to Andromeda’s gameplay from previous Mass Effect titles. Exploration is emphasized this time around, thanks to the new jetpack and Nomad rover.

Players can also customize their powers and weapons more freely than before, as the Ryder twins won’t be limited to a specific class. Though we haven’t seen them fully in action, branching dialogue options will be included for interactions with other characters.

Much like Mass Effect 3, Andromeda will feature a cooperative multiplayer mode. This offering emphasizes teamwork between squads of four and can be fairly difficult if teams don’t coordinate and focus on their objectives. Various mission waves include simply eliminating enemies, uploading data, or defusing devices. While shooting enemies and jumping between cover, each player needs to manage their own equipment and powers while protecting their teammates from enemies.

Players can choose between several classes, many of which Mass Effect fans will recognize, as well as their species, including Krogans and Asari. Classes come equipped with biotic and tech powers, but each can be customized extensively in the menus and through additional pack purchases. The game will keep track of kills, revives, and objective clears to reward players with unlockable badges over the course of their time spent playing.

The enemies you face will come in different forms and species, including the brand new Kett classes. You won’t be exclusively facing off against evenly matched foes with guns and their own abilities; melee-specific opponents and beasts will spawn as well.

BioWare has emphasized that fans shouldn’t expect many explicit references to characters from the first three Mass Effect games when starting Andromeda. Though certain species like Turians and Solarians will appear, these are all brand new faces.

However, eagle-eyed fans noticed one thread that may tie the game to the originals. Cora Harper happens to share her last name with the Mass Effect 2 antagonist, the Illusive Man, and the timeline works out for a familial relation to exist. Jack Harper may have shipped his daughter out on one of the Pathfinder ships to help her escape the coming threat of the Reapers, or for more nefarious purposes. However this story plays out, it would indicate that Cora may be hiding a secret from the team. 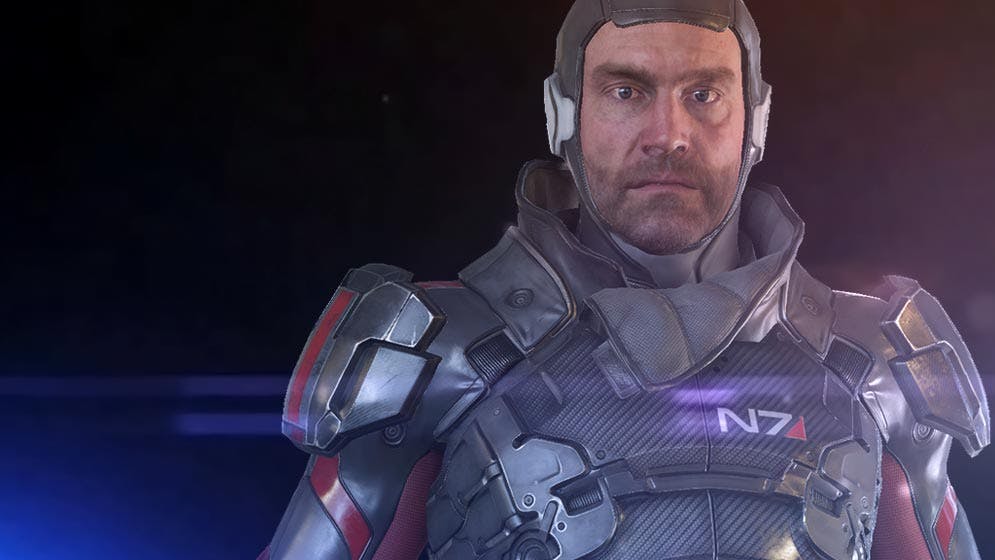 One more small story detail that fans have figured out involves Sara and Scott’s father, Alec Ryder. At the start of the mission, he carries the Pathfinder role that players will come to inhabit. How this title passes down is unclear, but it would seem that something will happen early on that removes the Ryder patriarch from the action.

Because this character’s appearance can be customized and he is voiced by a high-profile talent, he is likely injured or taken prisoner instead of being killed, forcing his children to step into a leadership role.