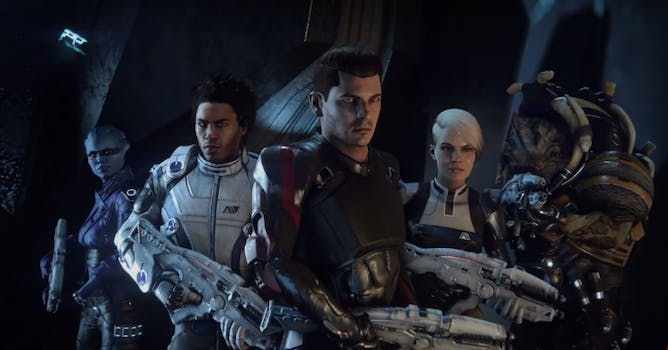 Meet the upcoming sci-fi RPG's villain and your squadmates.

Mass Effect Andromeda is coming on March 21, and a brand new trailer has been released that gives players the best idea of the game’s story yet. The footage seems come from early in the game and sets up what is sure to be an epic adventure.

The trailer features the male Ryder twin as he and his team enter a new world in search of sanctuary for many of the galaxy’s species. Familiar Mass Effect faces include a Solarian, an Asari, and a Krogan that will be a part of your active team. Check it out for yourself below.

This new chapter in BioWare’s epic science fiction RPG series has been hotly anticipated for years, and is coming to PC, PlayStation 4 and Xbox One on March 21. Five minutes of gameplay were recently unveiled at The Game Awards, and show off what has stayed the same and what has changed since 2012’s Mass Effect 3.