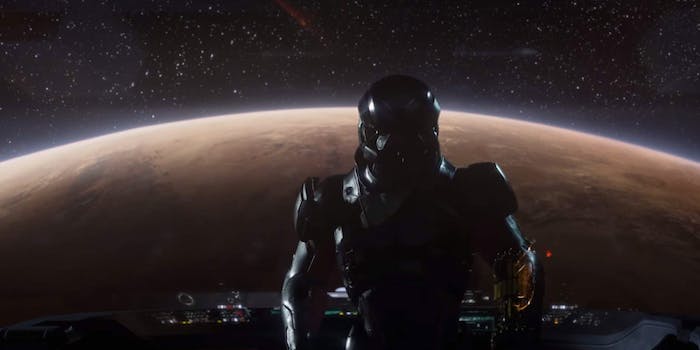 Fans had expected the next game in the Mass Effect franchise to simply be Mass Effect 4. Instead Electronic Arts unveiled Mass Effect Andromeda today at its E3 2015 press conference.

The cinematic announcement teaser showed off the traditional galaxy map that Mass Effect players use to navigate the game world from the command-and-control room in their ship. An N7 special forces label on the hero’s combat armor makes it clear that an elite, human agent is still the hero of the story. A new, armored version of the Mako ground exploration vehicle refers back to last year’s EA press conference, and the hint that a return to the planet landings of Mass Effect 1 was in the cards.

BioWare has also provided a Holiday 2016 release window for Andromeda.