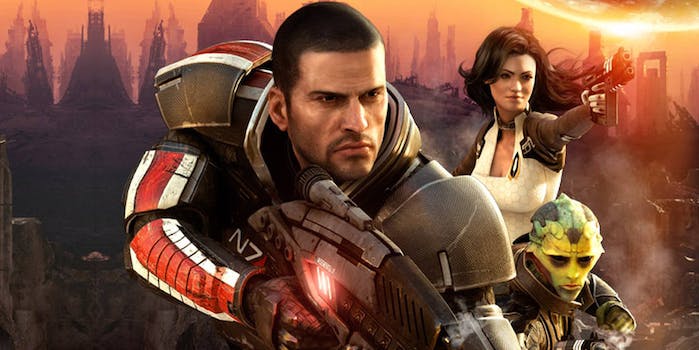 Prepare for the upcoming Andromeda with one of the best games of all time.

Many fans would argue that BioWare’s Mass Effect 2 is the high point of the beloved series, but if you’ve never played it, you have a great opportunity to pick it up right now. Origin, EA’s PC gaming service, is offering the epic RPG as part of its “On The House” program.

Say hello to The Illusive Man for free. Mass Effect 2 is On the House: https://t.co/f0x9HPIqWj pic.twitter.com/QXySNIhEGx

This ties in to the recent announcement of Mass Effect Andromeda’s March 21 release date, giving players a chance to get caught up on the game’s universe. It is unclear if any saves will transfer over and affect the new game, but it is set in a new galaxy with new characters, so that seems unlikely.

PC players can grab the game for free and keep it indefinitely, so even if you aren’t planning to play it now, it is worth claiming the game from Origin for the future. The Mass Effect trilogy was also recently added to Xbox One’s backwards compatibility.