The beloved creator told fans he was near tears at their reception.

In his first trip to the U.S., Naruto creator Masashi Kishimoto told fans that being able to see online cosplay was what made him to realize the global appeal of his work.

A packed crowd gave Kishimoto an ovation New York Comic Con‘s main stage Thursday night, in what was reportedly one of the most well-attended sessions of the convention so far. Kishimoto told fans that he was “about to cry tears of joy” at their enthusiastic reception of him and the trailer for his new film Boruto, the conclusion of the Naruto series that follows Naruto‘s son and the next generation of Konoha ninja trainees. 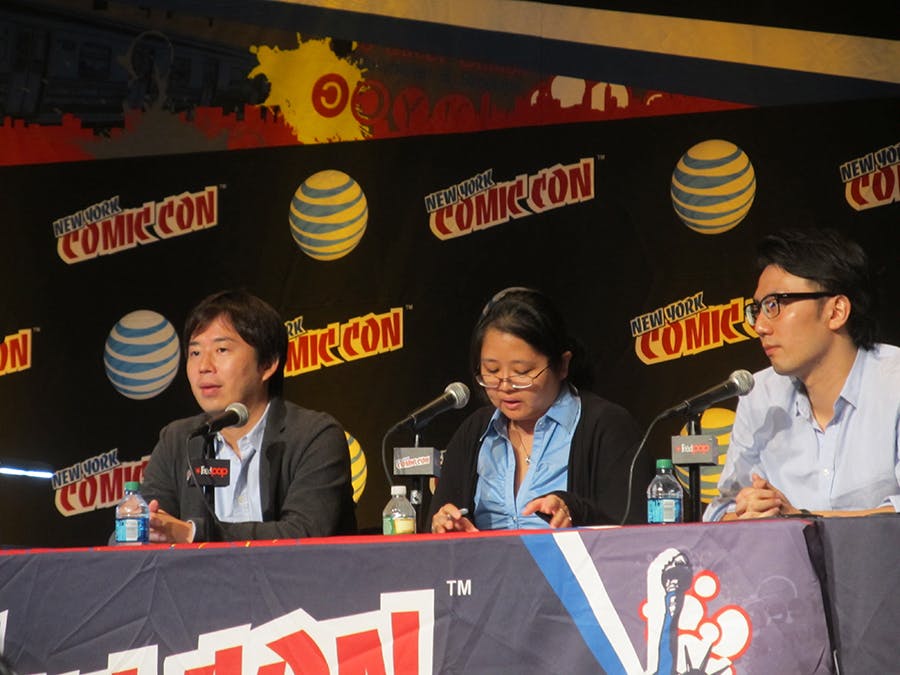 Kishimoto, who grew up reading weekly issues of classic titles like Dragon Ball Z during Sh?nen Jump‘s “Golden Age,” said his only goal was to succeed in the magazine. It wasn’t until the advent of the iPad and wider access to the Internet, he said, when the ability to see online cosplay of Naruto from around the world helped him realize the global impact of his story.

Kishimoto also drew for the crowd, later proving the influence cosplay when he used a cosplayer in the crowd to model his character Jiraiya as he drew. “Thank you, Jiraiya cosplayer, you saved me!” he called. 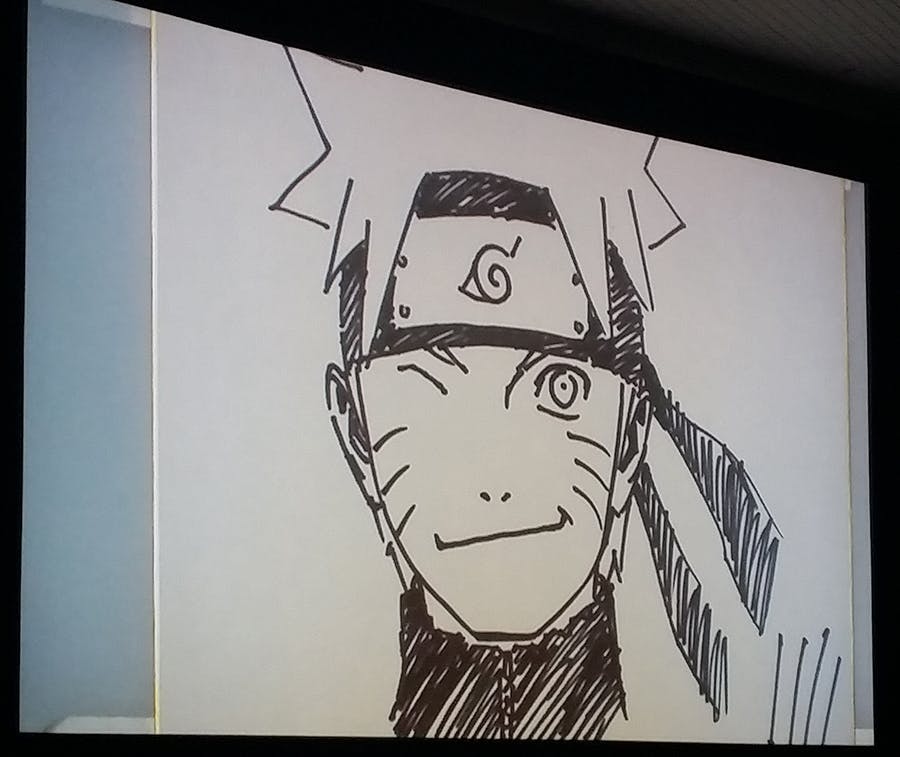 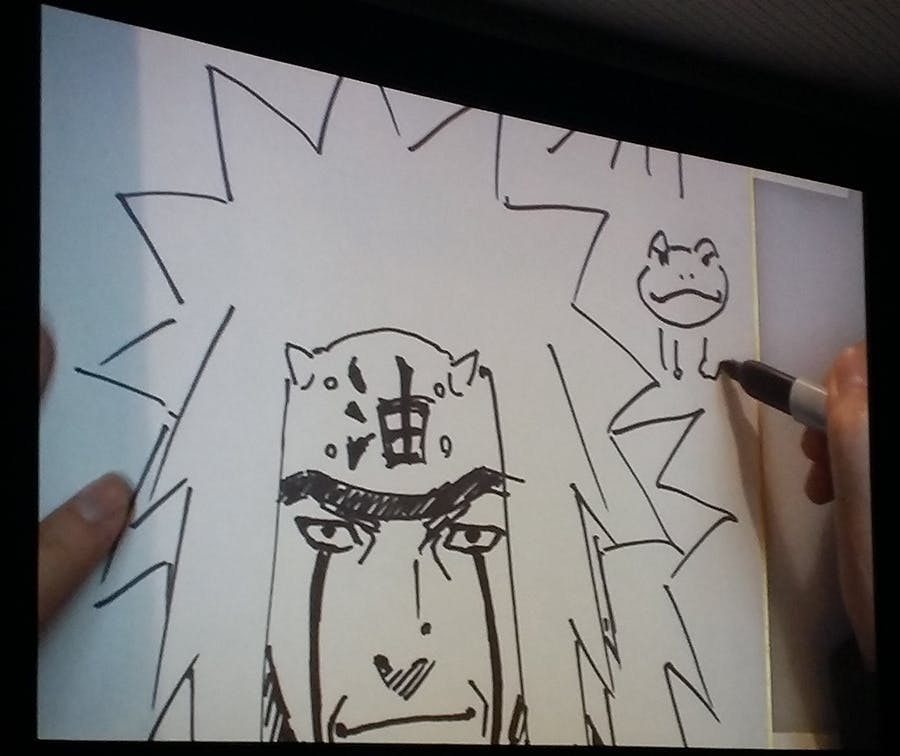 Lucky fans at NYCC will get to see a screening of the Boruto film before it opens in U.S. theaters this weekend. The film has already outperformed preceding Naruto movies in Japan, earning ¥680 million ($5.5 million) in its first three days in August.

Asked whether it was possible Kishimoto and his rival manga creator Eeichiro Oda, creator of One Piece, could have helmed their own second “Golden Age” of Jump manga, he first said he would never want to claim such a thing before other esteemed creators, “the gods who came before me.”

Then he added with a grin, “But they’re not here!”