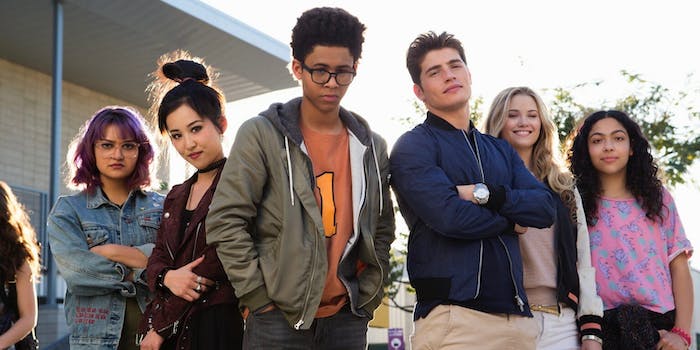 The first trailer for ‘Marvel’s Runaways’ is here

Hulu debuted the first trailer for Marvel’s Runaways ahead of its New York Comic Con panel Friday with hints at the show’s plot and—for some of the characters—hidden super powers.

If you’ve read Brian K. Vaughan and Adrian Alphona’s original run on Runaways, the trailer falls into familiar territory: Six teenagers who are vastly different and often take issue with each another team up and fight back against their parents after discovering that they’re actual villains. For those teens, it’s horrifying to watch. But that’ll be the least of their problems as previously hidden and masked powers emerge and a very personal fight is about to begin.

And what kind of fight would it be without Old Lace on hand?