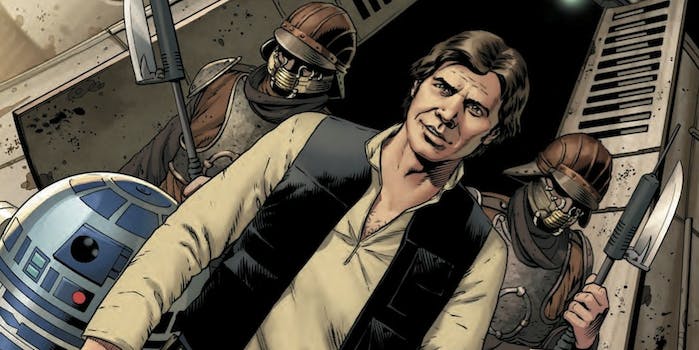 To say that Marvel’s Star Wars #1 is a highly-anticipated comic book may be an understatement. The issue has sold more than a million pre-orders to stores and is already being called by some “2015’s biggest comic.” It will be the first Star Wars comic released by the company since gaining the license and the first comic in Disney’s new canon for the franchise.

As the release date nears, Marvel has revealed some new pages from the comic to kickoff the start of a new era of Star Wars comic book history. While we received a peek at the comic on StarWars.com in December, this is the first time we have a look at lettered pages. In case you’re not caught up on what you can expect from this issue, here’s Marvel’s summary:

Luke Skywalker and the ragtag band of rebels fighting against the Galactic Empire are fresh off their biggest victory yet—the destruction of the massive battle station known as the Death Star. But the Empire’s not toppled yet! Join Luke along with Princess Leia, smugglers Han Solo and Chewbacca, droids C-3PO and R2-D2 and the rest of the Rebel Alliance as they strike out for freedom against the evil forces of Darth Vader and his master, The Emperor. Written by Jason Aaron with art by John Cassaday, this is the Star Wars saga as only Marvel Comics could make it!

You can see the preview pages below courtesy of Marvel and pick up your own copy when Star Wars #1 is released on Jan. 14. 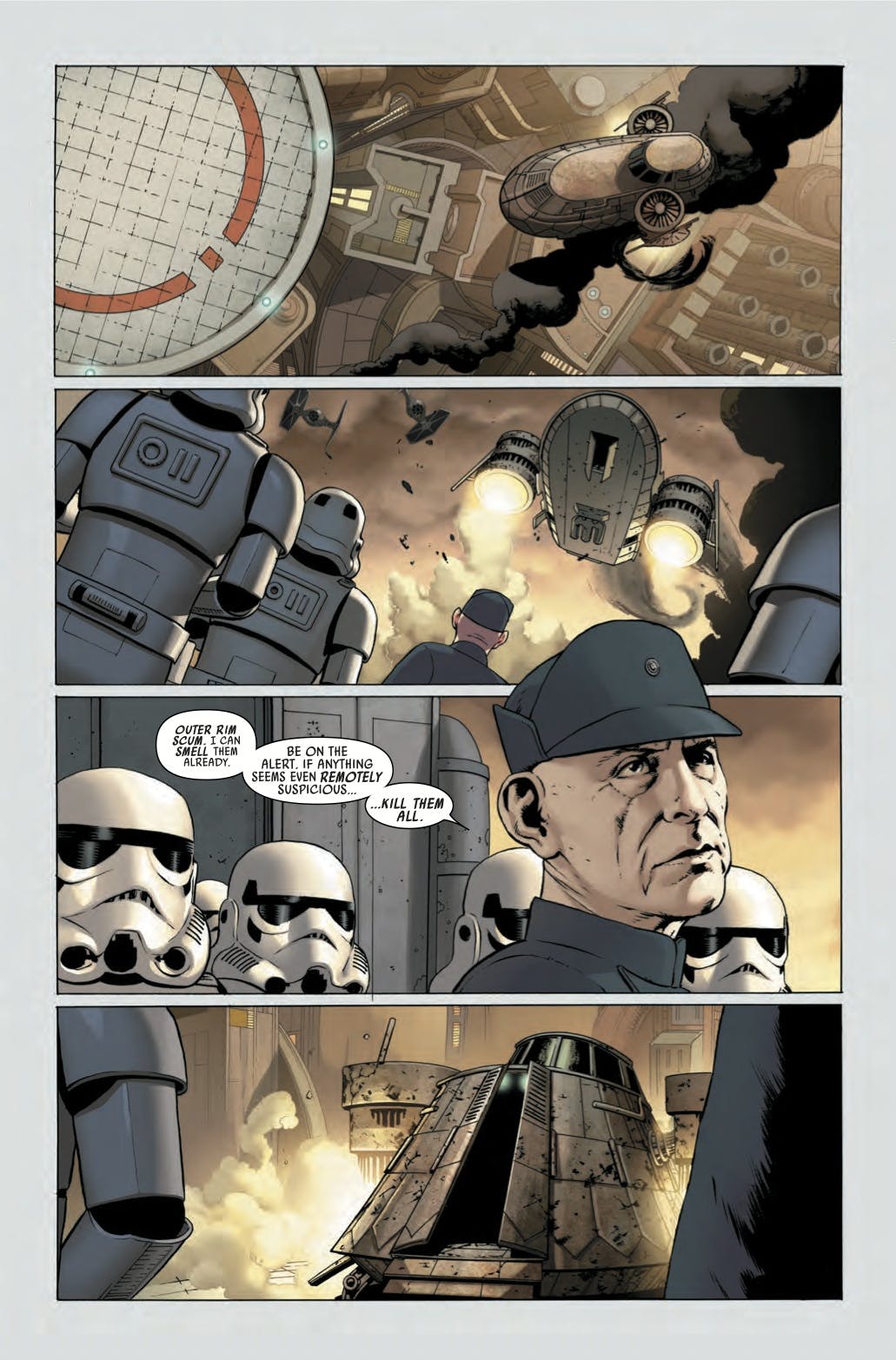 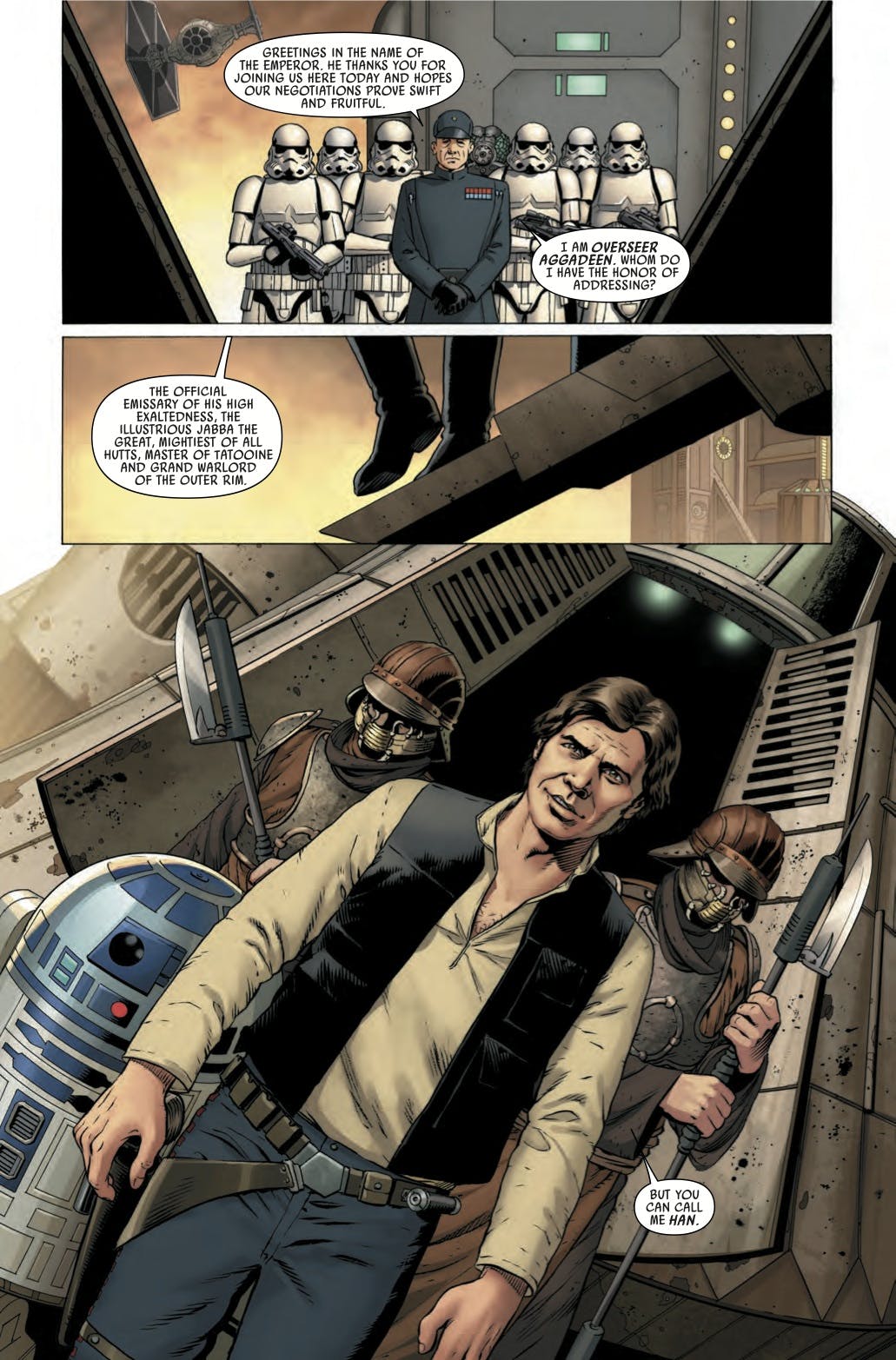 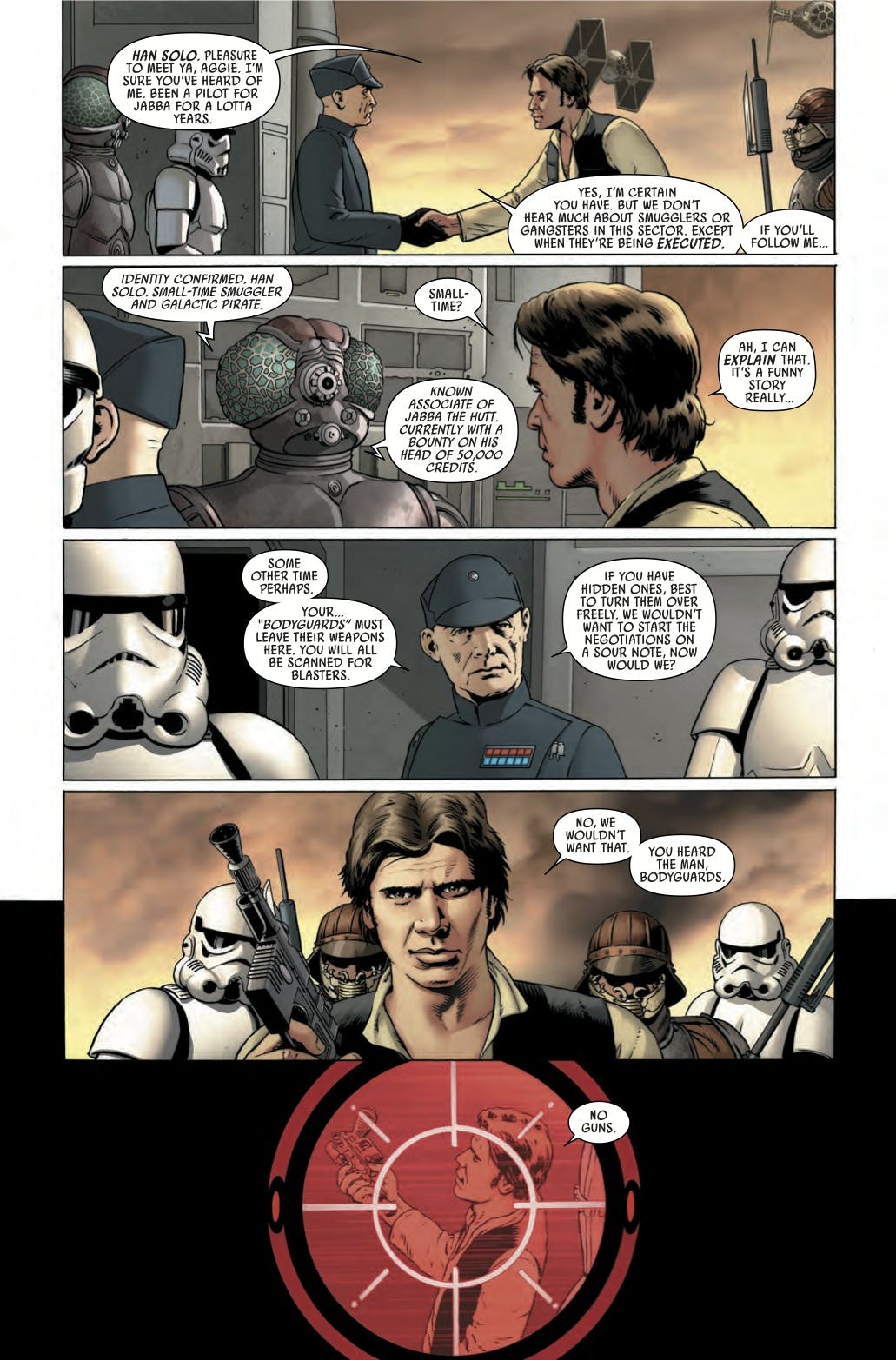 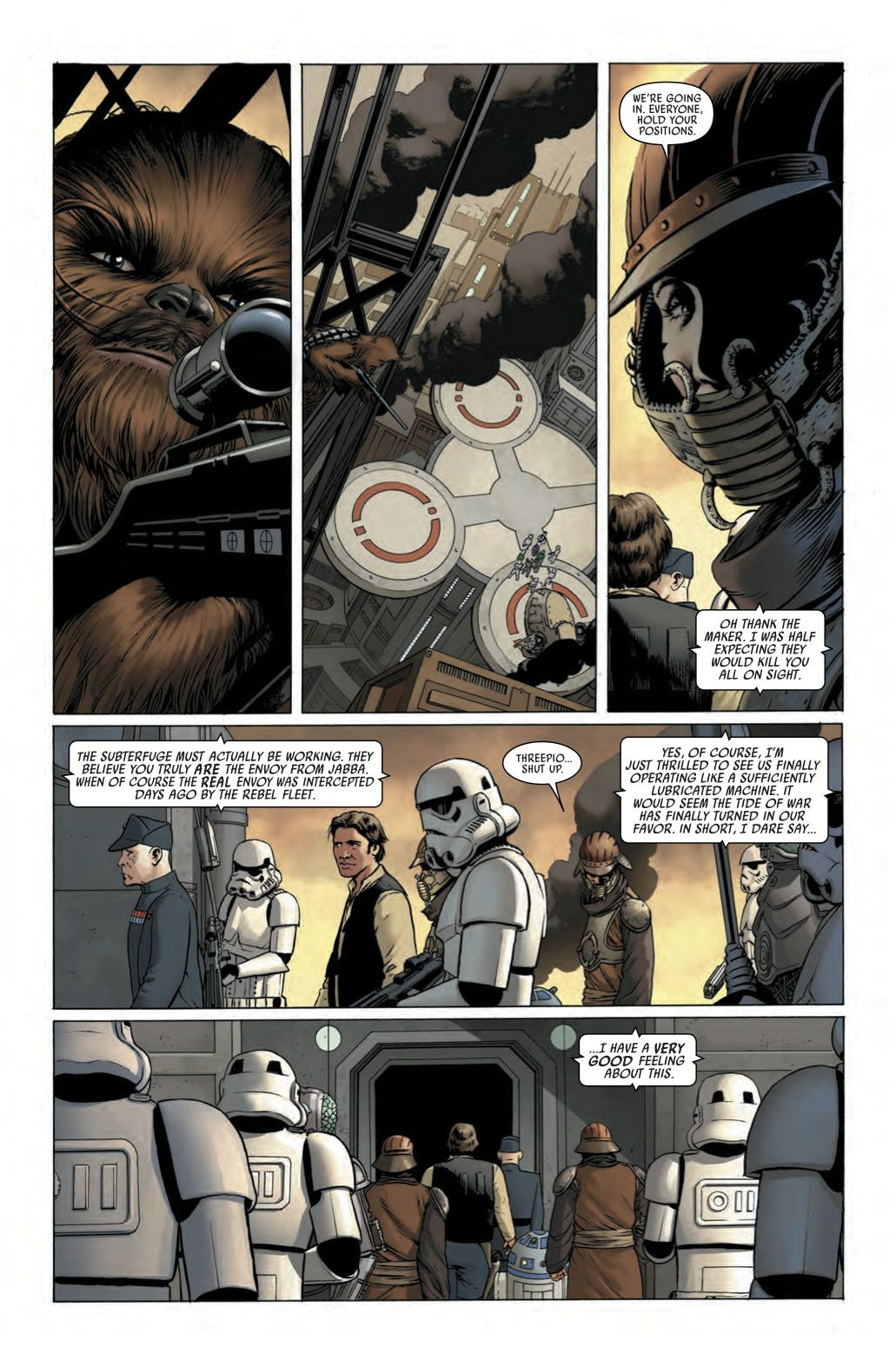 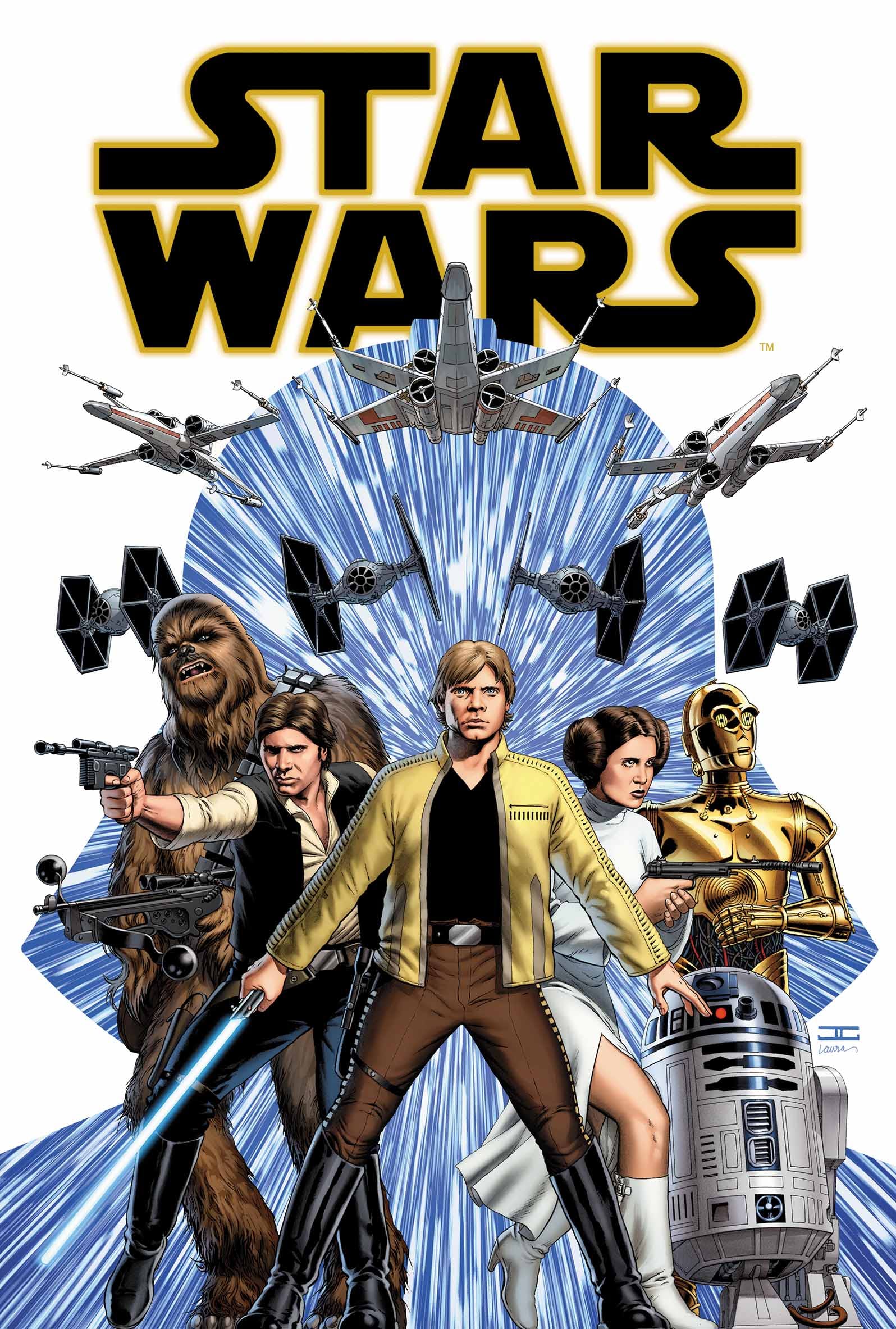