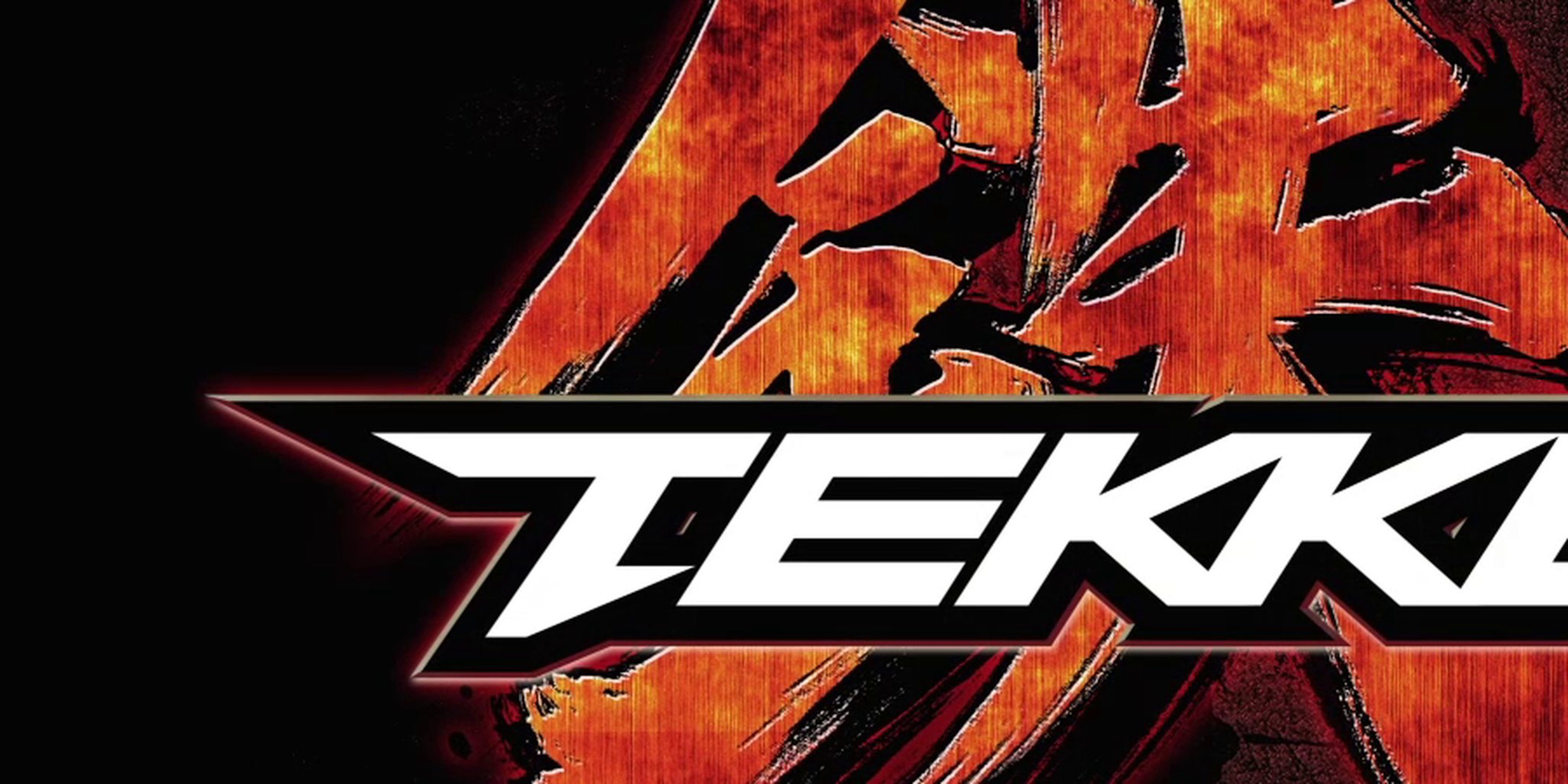 Miles Morales is back as the web-slinger after the universe-resetting 'Secret Wars' drama.

Following , Marvel’s tangled continuity has been straightened out into a single universe—more or less.

For Miles Morales, that means an upgrade of sorts. Instead of being the Spider-Man of the Ultimate Universe, he’s now headlining the main Spider-Man title. The first issue came out this Wednesday, and it feels like a classic return to form.

Writer Brian Michael Bendis and artist Sara Pichelli returned for the All New, All Different Spider-Man, reminding us why Miles Morales is such a perfect choice to continue the comic’s legacy. His problems—balancing schoolwork and superheroics, lying to his parents, failing to get a date—are quintessentially Spider-Man problems, but they feel more youthful and fresh than with Peter Parker, who spent decades in narrative stasis as the eternal (and dubiously plausible) underdog. 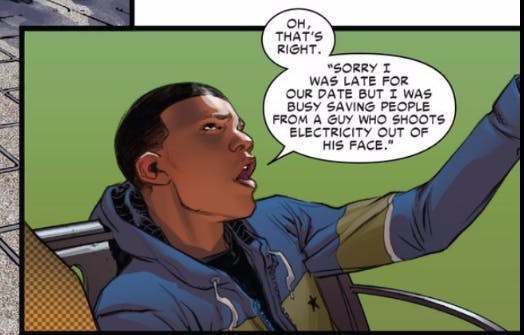 Spider-Man #1 reads like a direct continuation of where Ultimate Spider-Man left off in 2013, although Miles and his best friend Ganke are visibly older. It’s also a great starting point for new readers, since the story is classic superhero-comics fare: Miles struggles with his secret identity and fights a mysterious demon attacking New York. The only snag is the shadow of Secret Wars, which feels more like a mildly confusing interruption than a momentous crossover event.

Why you should pick up Spider-Man #1

Sara Pichelli’s adorable faces. Pichelli is one of the more photo-realistic artists working for Marvel at the moment, and her action sequences feel very energetic and film-like—an essential feature for Spider-Man. But for me, the real highlight is her command of facial expressions and body language, with Miles as the ultimate goofy teenager. 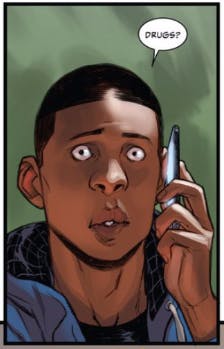 Miles and Ganke’s friendship. Giving Spider-Man a best friend was a stroke of genius, and Ganke continues to be a wonderful character: nerdy yet self-assured and unselfconsciously supportive and warmhearted toward Miles. All of their conversations feel like real teen-boy interactions, but not stereotypically so. 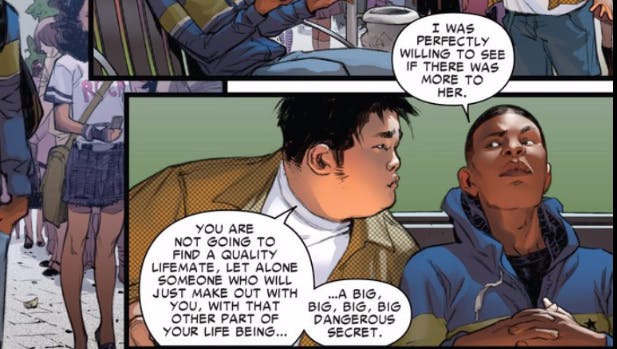 Miles Morales’ original run began with a splash, garnering Marvel widespread media attention for casting a biracial teen as the new Spider-Man. This series is less of a headline-grabber, but it proves what many fans had already believed: Miles Morales is an archetypal Marvel hero and an ideal headliner for a mainstream title like this.