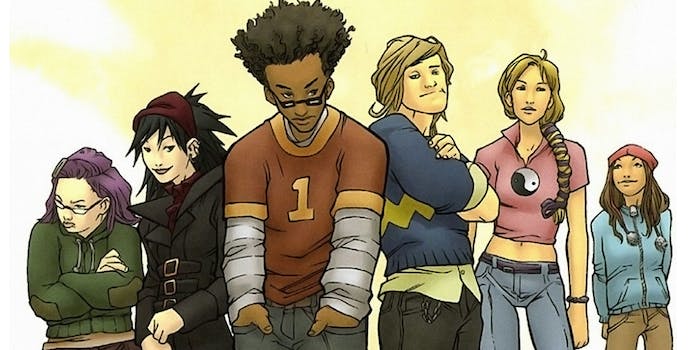 Hulu is getting into the Marvel business with ‘Runaways’

Hulu has greenlit a full season of Runaways, officially bringing the Marvel Cinematic Universe under its growing umbrella of original programming.

The announcement came Wednesday morning ahead of Hulu’s upfront presentation to advertisers in New York. Gossip Girl creators Josh Schwartz and Stephanie Savage will serve as showrunners for the series, which is an adaptation of Brian K. Vaughan and Adrian Alphona’s original run. Like the comics, it’ll center around a group of teenagers who unite to face off against their supervillain parents.

Hulu first ordered a pilot and a number of scripts for the series last year with an intent to move forward with production. Marvel announced the main cast of the show in February, which featured the inclusivity of the original comic book series.

Although an official teaser wasn’t immediately released, a sizzle reel shown to reporters at the Hulu upfront was posted online. Reporters were also given a first look at the characters, whose looks closely resemble that of their comic counterparts.

Hulu will now be competing with Netflix by adding @MarvelStudios #Runaways. Here's the first look! pic.twitter.com/BKDdchqY6X

Our first look at the main characters in Hulu's THE RUNAWAYS series! pic.twitter.com/mHH1ORvD0b

According to Variety, Runaways will debut this winter.