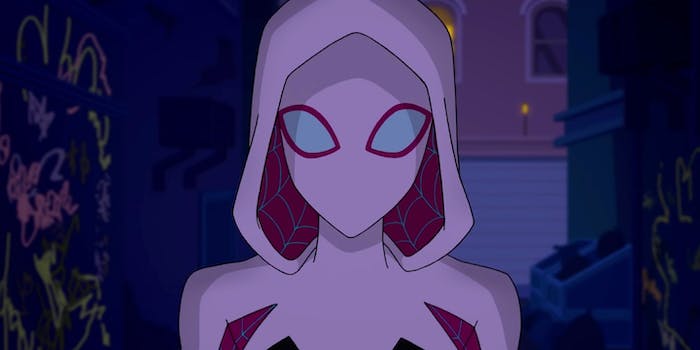 Ghost Spider tries to clear her name in the delightful ‘Marvel Rising: Initiation’

The short series is now streaming on YouTube for free.

The six-part webseries Marvel Rising: Initiation is now online, complete with plenty of action and Marvel’s female superheroes kicking butt, taking names, and trying to save the day from an even bigger threat.

For much of the series, streaming for free on YouTube, the superheroes are pitted against each other. Ghost Spider (Gwen Stacey in her Spider-Gwen outfit) is attempting to clear her own name after she’s accused of murdering one of her friends by the NYPD. But with S.H.I.E.L.D. on her tail and a run-in with Ms. Marvel, Squirrel Girl, and Tippy-Toe, she’s got a lot more on her plate than a mysterious and deadly villain.

The episodes are around three-to-five minutes apiece, and alongside the action are plenty of smaller character moments. It gives us the Kamala Khan/Doreen Green dream team, which is an absolute delight; glimpses of how different fighting styles and powers mix with one another; and the thrill of seeing these heroes team up for a greater purpose. Initiation sets up the upcoming Marvel TV movie, Marvel Rising: Secret Warriors, and with the pieces in place, Marvel’s heroes are about to face the fight of their life.

You can watch the entirety of Marvel Rising: Initiation below.