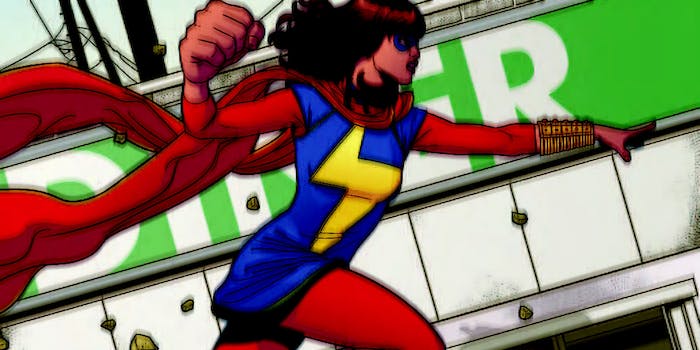 Are Marvel's closed-door retreats still a boys' club, or are they finally evolving?

Every so often, Marvel holds a summit where its core staff of comics creators get together to discuss upcoming storylines. If you’ve ever wondered how they plan those massive superhero crossover events, this is where the magic happens.

These creative retreats are enticingly secretive, a combination of comic book spoiler heaven and one of those James Bond scenes where a bunch of villains sit around a big table and plot the end of the world. You can’t help but wonder what gets discussed behind closed doors, but in recent years one of the most prominent questions has been, “But where are all the women?”

The summits are private events, but we do at least know who attends them. A handful of female editors have shown up over the years, but the crowd invariably tends to skew white, middle-aged, and male. Here’s a photo from one of the retreats last year:

The latest Marvel summit is taking place this week, and fans on Twitter were excited to notice that Ms. Marvel writer G. Willow Wilson was in attendance, along with her editor Sana Amanat. In other words, the top tier of Marvel writers are starting to look a little less homogeneous.

Ms. Marvel was a massive success this year, introducing teen heroine Kamala Khan and generating a tidal wave of good publicity for the publisher. Ms. Marvel No. 1 sold well enough to require an impressive sixth printing, and the series continues to bring in new readers. With all this on the table, it’s no wonder that Wilson was invited to participate in Marvel’s creative retreat.

Except if we’re to believe what has been said in previous years, the real reason for her presence could be that she signed an exclusive contract with Marvel.

In the past, Marvel explained the lack of diversity at their creative summits by pointing out that only exclusive Marvel writers were invited. This is why various well-known writers (most notably Captain Marvel‘s Kelly Sue DeConnick) never showed up. Supposedly, it’s not an issue of gender or even of merit. If there’s a possibility you might go and moonlight for another publisher like DC, you’re not getting a foot in the door.

These planning sessions are kind of a niche interest in comics fandom, but the presence of creators like G. Willow Wilson is still important. No matter how many women and people of color Marvel hires to work on individual titles (and at the moment, it’s not very many), these retreats are where big decisions get made—or at the very least, they’re important networking events for a team of writers who have to collaborate on shared storylines.

Since Marvel is publicly trying to draw in new and more diverse audiences, the race and gender ratios of that core creative team are not enormously reassuring.

Looking in from the outside, it’s difficult to understand why they don’t just change their rather arbitrary rules about who can attend the summits. At least this time round, there’s solid proof that Marvel is courting writers who fall outside of the typical exclusive contract club demographic. Hopefully Wilson and Amanat will be joined by more fresh faces at the next retreat.