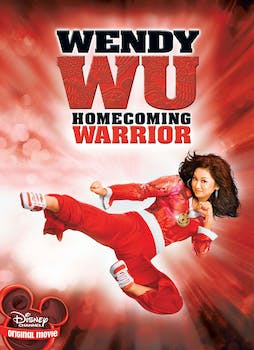 We freaked out about this ‘leaked’ Marvel Phase IV trailer

We honestly can't wait for some of these films.

Awesome! No idea which superhero that is but I’m into it! *popcorn.gif*

Sure, sounds good, whoever that guy is, probably an X-Man or something, who cares, keep going, this is so exciting!

Oh, yeah, can’t wait for Tiger Mom and… wait, what?

Call us fake geek girls, but Rosenthal’s efforts fooled more than a couple of us. It’s a testament to how plausible some of these hilarious titles seem that one staffer who shall remain nameless didn’t realize the “leak” was a joke until 2019’s SPATULA!

It’s easy to see why this joke works particularly well. It uses obvious wordplay based on real superhero comics and titles like Doctor Strange and Judge Dredd; but it also riffs on the whole Marvel package, tackling its tendency toward bloated ensemble franchises while satirizing their sustained focus on white guys.

On Medium, Rosenthal shared accompanying commentary for each of these fake titles which deepened the already sharp layers of satire around each one. The result is an affectionate spoof of what it’s like to be a die-hard comic fan in this golden age of, well, having all your wet dreams catered to with the highest budgets possible:

I’m sure they’re going to slowly tease glimpses of Fireplace, Rabid Fox, Dr. Funktopus, and Saturated Man as the years drag on, the aches and pains of age become more apparent, and it slowly dawns on me that I’ve wasted my life on empty fandom, but who the hell cares because Saturated Man! SATURATED MAN for chrissakes!
— And that’s all before the reveal of the subtitle. Holy Christ on a Platter, it’s the Before Armageddon storyline! That means Sunshower, the Seeker Talisman, Project C.L.A.W.?!?! I may die of anticipation.

And, OK, we know this is equal parts witty and wonderful, but honestly how awesome would it be to see talented Asian-American directors like Jennifer Yuh Nelson (Kung Fu Panda 2) or Karyn Kusama (Jennifer’s Body) directing Tiger Mom—starring, oh,  Agents of Shield‘s Ming-Na Wen? It could be like Wendy Wu: Homecoming Warrior meets Mulan meets Steel Magnolias. That is, totally badass.

Sadly, if there’s anything we’re less likely to see in the Phase IV lineup, it’s Asian Superheroine in a Leading Role, or the League of Angry Feminists. With our luck, we’re more likely to get White Dude Manpain Ensemble Film #30—starring Jeremy Renner.

And that’s a real shame, because honestly, what couldn’t Marvel do with the Jeffersons?