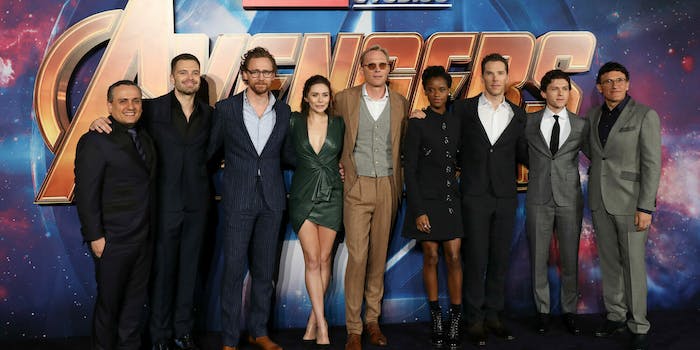 Marvel’s Phase 4 will remain a secret until 2019

We’ve known for a long time that Infinity War and Avengers 4 are the end of an era. One of the lead actors already confirmed he’s leaving the franchise, and producer Kevin Feige characterizes Avengers 4  as the conclusion of a 22-movie arc. We also know that Black Panther and Captain Marvel will be a big part of Phase 4, but unlike previous years, Marvel hasn’t announced any new spinoffs. Yet.

If you assumed you’d hear more after Infinity War, think again. Speaking at an all-star Infinity War press conference this weekend, Kevin Feige revealed they won’t have a big Hall H panel at San Diego Comic Con 2018. Marvel is generally one of the most anticipated SDCC panels, so this is an unusual step.

“We won’t do anything until after this time next year,” said Feige. “We did a very big announcement in 2014 where we announced a lot of movies, and we added a few movies to it after that announcement. But it really felt important that we deliver on that before we do a big showcase of whatever is to come.”

SDCC 2018 takes place shortly after the release of Ant Man and the Wasp, with Captain Marvel and Spider-Man: Homecoming 2 in production. After that, Marvel has three empty release dates per year in 2020, 2021, and 2022. We can expect the new titles to roll out after Avengers 4 next year, introducing new spinoffs. Could we finally get that Black Widow movie? How about the Eternals, or Nova? Or is all the secrecy giving Marvel some breathing-room to reboot the X-Men franchise after the Disney/Fox merger?

We’ll find out in 2019. Until then, the biggest Marvel announcement may be the top-secret title of Avengers 4.