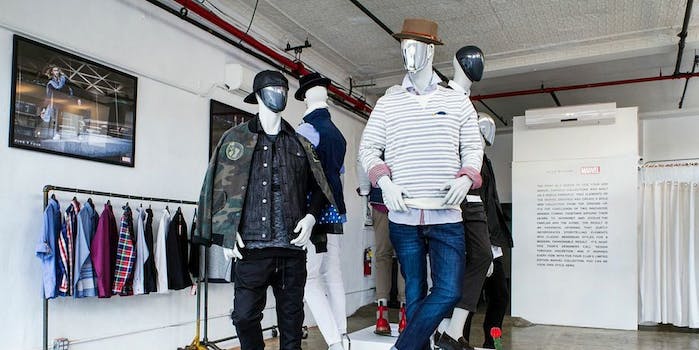 These hoodies and suits look deceptively normal, but they're full of hidden surprises.

It was only a matter of time before Marvel got into menswear fashion.

As the audience for superhero movies expands, companies like Marvel have to step up their merchandise game. There’s still a market for graphic tees and hats, but the success of designers like Her Universe (plus the stealth cosplay trend) proves there’s more to geek fashion than putting pictures of superheroes on everything. Although admittedly, Marvel’s new menswear collection does include an Avengers logo T-shirt. 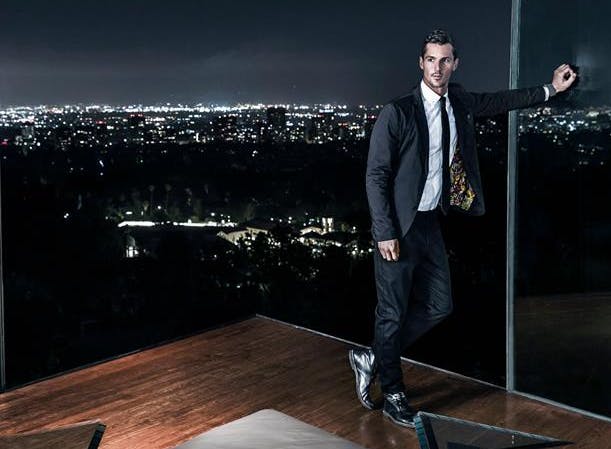 This menswear line is a collaboration with Five Four Club, a subscription service that provides monthly clothing deliveries based on a personalized “style profile.” Basically, it’s for guys who want to look good, but don’t necessarily have the time or inclination to pick out clothes for themselves.

The Marvel collection’s online lookbook uses models who look vaguely reminiscent of Thor and Captain America, but the clothes themselves are very low-key. For the most part you’re paying for normal-looking hoodies, shirts, and suits, although this video demonstrates a few cool details like hidden pockets and jackets with comic-art linings.

From a fashion perspective, the collection is not very interesting. The casual outfits are similar to what you can already buy from any high-street store, and the suits look slightly awkward and wrinkled even on the models. On the other hand, accents like these Avengers logo buttons are a fun way of showing the superhero theme while remaining subtle and formal.

These outfits may seem conservative when compared to Her Universe’s Marvel fashions for women, but they’re working from a baseline assumption that most guys are uncomfortable with anything more adventurous than plaid, hoodies, and plain suits. Our main takeaway here is that Five Four’s collection is significantly more mature than the heavily branded T-shirts available at the official Marvel store. It’s aiming beyond the stereotypical demographic of T-shirt-wearing fanboys.

With any luck, we’ll be seeing a wider range of geek/mainstream fashion crossovers in future. In Marvel’s case, that should mean selling Agent Carter hats. Seriously, they’d make a mint.