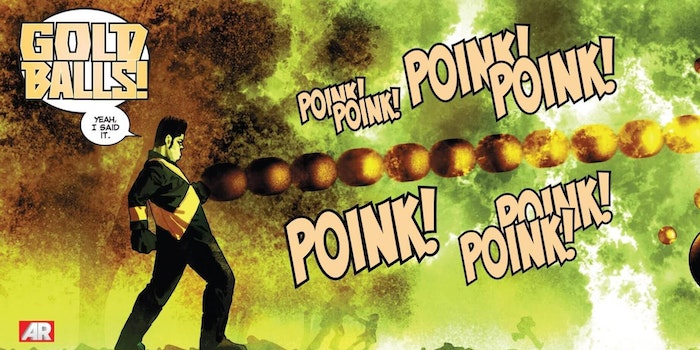 The must-read comic 'House of X' just dropped another incredible twist in the X-Men universe.

Marvel’s ongoing crossover event House of X/Powers of X is a breath of fresh air, revitalizing the X-Men universe. These two interlocking comics include the kind of shocking twists you’d expect—most notably the revelation that longtime side-character Moira MacTaggert is secretly a mutant—but those twists are more than just superficial attention grabs. Each issue is eminently rereadable, featuring multilayered foreshadowing, complex politics, and witty new angles on characters we’ve known for years.

House of X #5 just dropped another game-changing revelation, and it’s a wild one, so stop reading now if you don’t want spoilers. It’s a bizarre new piece of worldbuilding that centers around the obscure mutant Goldballs, a character whose only power is… producing gold-colored balls. And it means that every mutant is now functionally immortal.

Written by Jonathan Hickman and drawn by Pepe Larraz and R.B. Silva, House of X explores the foundation of Krakoa, a mutant-only nation led by Professor X and Magneto. Like Genosha in earlier X-Men comics, Krakoa is a safe haven for mutants, but it works on a much grander scale. Not only does Krakoa signal a total mutant secession from human society, but it’s founded on precognitive knowledge of a future war between humans and mutantkind.

Moira MacTaggert’s superpower forces her to relive her life in a series of time-loops, meaning she’s already experienced this war, died, and been reborn in the current timeline. To avoid this dystopia happening again, she conceived a two-pronged strategy to win the war before it starts. First, she persuades Xavier and Magneto to consolidate mutant power on Krakoa. Then in the last issue, an X-Men team traveled into space, where they destroyed an anti-mutant superweapon that humans built as a last resort against Krakoa’s rising independence.

The X-Men succeeded but they also died in the process, putting a dampener on the epic scope of House of X. Up until then, it felt plausible for this comic to make some real, long-term changes to the X-Men universe. But would Marvel really kill off Cyclops, Jean Grey, and Wolverine? No. So it now seemed inevitable that House of X would be retconned, rendering this whole storyline irrelevant.

Judging by today’s issue, that’s not the case. Rather than waiting until some later comic to bring back those characters, their deaths have already been reversed. And it happened in a way that ties into the deeper narrative of House of X, finally explaining the enigmatic first pages of issue #1. 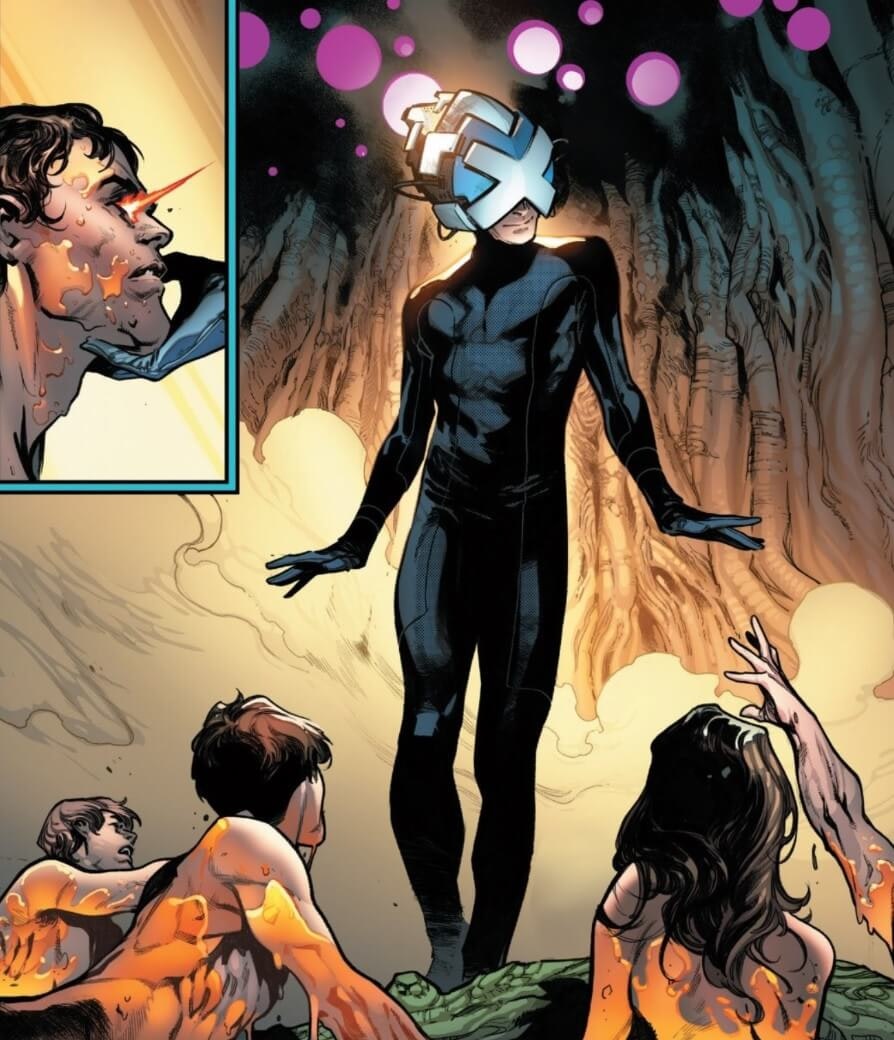 Those introductory pages set the tone for Professor X’s role: a mysterious and almost menacing figure, shaping events that we can’t hope to understand. The scene shows him standing over some giant eggs that hatch into nude figures beneath an enormous tree, the first of many religious/creation myth images in the series. “To me, my X-Men,” he says; an ominous riff on his old catchphrase.

Issue #5 reveals that this was actually a flash-forward. The people in the eggs are the X-Men who died in issue #4, reincarnated into fresh bodies. And those eggs? They’re the previously useless balls that Goldballs has been making for years.

The full resurrection process requires the collaboration of five mutants, implanting Goldballs’ eggs with the correct genetic material, growing the bodies, and finally reintroducing the dead mutants’ memories. House of X #5 includes a more complicated explanation, but the short version is this: The X-Men have cured death. With access to this technology and an archive of every mutant’s memories, they can resurrect anyone, making the citizens of Krakoa immortal.

The resurrected X-Men team are met with a triumphant, almost ritualistic response from the other Krakoan mutants, reiterating a point that’s become more obvious with every issue. Rather than portraying mutants as an oppressed minority, House of X shifts the balance of power. It also abandons the moral distinction between “good” mutants (the X-Men), “bad” mutants (Magneto), and the human authorities that threaten them. Krakoa is clearly an equal match for the combined forces of humankind, and the X-Men are no longer portrayed as superheroes. There’s a cult-like quality to Xavier’s leadership over characters like Storm and Cyclops, and their collective loyalty to Krakoa. Now, their newfound immortality elevates them to an almost god-like level. Everyday humans barely even appear in House of X, implying that mortal civilians are insignificant to the forces at hand.

Of course, Marvel can do away with this whole immortality thing pretty easily by just killing off Goldballs, an obscure character who was previously little more than a punchline. But for now, it’s an intriguing new development in a story that can’t be defined by the straightforward political allegory of most X-Men comics.