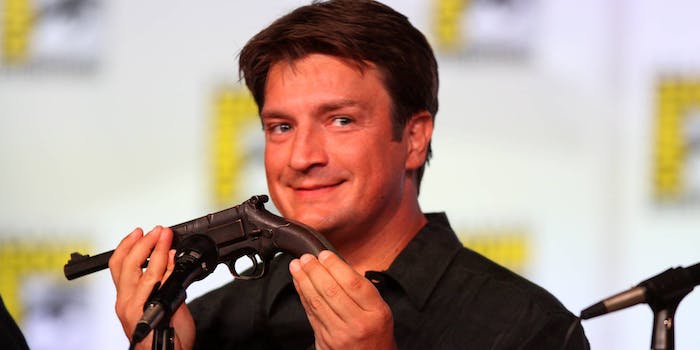 Marvel cast Nathan Fillion in the perfect role in ‘Guardians of the Galaxy Vol. 2’

We couldn't think of a better cameo for Fillion in the Marvel franchise.

This story contains minor spoilers for Guardians of the Galaxy Vol. 2.

Nathan Fillion had a very brief voice acting role in Guardians of the Galaxy, but he’s long been rumored for a more noticeable cameo in the sequel. Now, photos from the set have revealed what character he’s playing.

The photos show a film festival for an actor named Simon Williams, apparently played by Fillion. His face appears on posters for a variety of fake movies, including a rom-com called Oh, Rebecca!, a horror movie called Haxan 2, and a biopic of Tony Stark. Yes, the MCU now includes an in-universe Iron Man movie starring an actor played by Nathan Fillion.

Aside from the fact that Nathan Fillion is perfect casting for a Tony Stark biopic, these photos confirm that Guardians of the Galaxy Vol. 2 will include some scenes on Earth—presumably in the present day, because Tony Stark wasn’t old enough to warrant a biopic when Peter Quill (Chris Pratt) was a kid in the 1980s.

Oh, and Nathan Fillion may (kind of) be playing a Marvel superhero, something that fans have been clamoring to see for years. 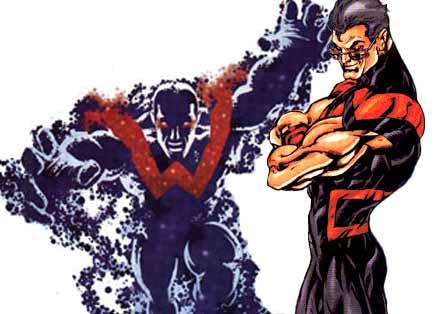 In Marvel comics, Simon Williams is Wonder Man, a sometime Avenger who at one point becomes a Hollywood actor and stuntman.

We highly doubt that we’ll see Simon Williams using his Wonder Man powers (if indeed he even has them in the MCU), but his cameo is a cool little world-building detail, and casting Fillion is precisely the kind of genre-savvy nod that made fans fall in love with the first Guardians of the Galaxy film.