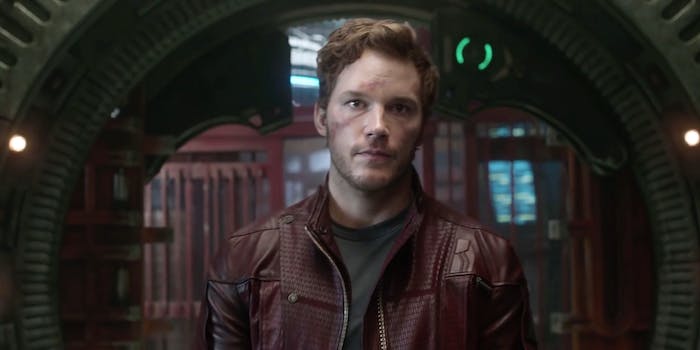 James Gunn has debunked his last ‘Guardians of the Galaxy Vol. 2’ rumor

Don't expect any more answers from Gunn until May 2017.

Guardians of the Galaxy Vol. 2 director James Gunn has debunked the latest rumor about the identity of Peter “Star Lord” Quill’s father and shared his perspective on film spoilers and speculation.

The MCU hasn’t yet introduced Captain Mar-vell or anyone resembling him, so this rumor was way out of left field—even more so than the mix-up from Bradley Cooper that caused some fans to briefly believe that Thanos was Peter’s father.

Gunn, who stays fairly engaged with fans on social media, quickly wrote up a Facebook post denying the Heroic Hollywood report. But he also promised that this would be the last time he’d squelch a Guardians of the Galaxy Vol. 2 rumor until the film’s release. At some point, he wrote, there will be an accurate rumor; he doesn’t want to give them away by failing to debunk them.

Gunn also zoomed out to talk about spoilers in general. While he knows that people want news, he doesn’t understand why fans want to read about movie spoilers.

“Since when is a plot spoiler a ‘scoop’?” Gunn wrote. “Is this really what fandom wants to know? Plot details in movies ahead of time? I got in this business because I love movies, and I think most film journalists are the same way. And spoiling plot details doesn’t add to the enjoyment of the film-going experience. So bravo to those folks out there who don’t partake in this sort of thing.”

Here’s what we do know: According to Gunn, Star Lord’s MCU father won’t be Jason of Sparta, his father from the comics. Anything else is speculation—for now.

Guardians of the Galaxy Vol. 2 doesn’t come out until May 2017, but luckily there’s a brand new Captain America trailer for fans to analyze ad nauseum until we get more Guardians news.