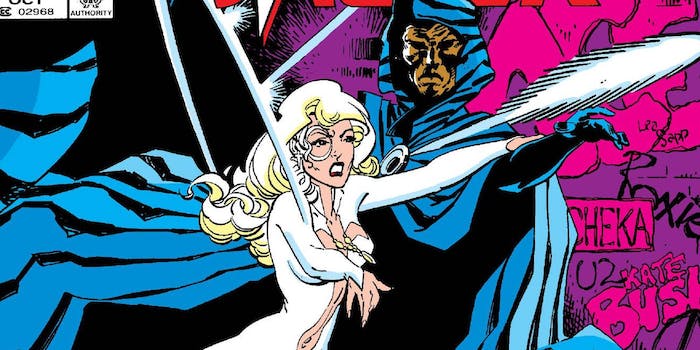 One of the writers of 'Heroes' will take on Marvel's first young adult show.

Marvel‘s Cloak and Dagger TV series will air on Freeform, a little off the beaten path compared to its franchise of shows on Netflix and ABC.

The series, an adaptation of the comic about a pair of superpowered teen runaways, was announced earlier this year. Cloak has the ability to teleport and create portals into a dark dimension, while Dagger creates weapons made from “light energy.” Since Cloak also needs to feed on light energy to stay alive, this provides part of the basis for their relationship, making this Marvel’s first romance-focused show.

Geared toward a young adult audience, Cloak and Dagger may have more in common with X-Men than Marvel’s procedural shows on ABC or adult-rated dramas on Netflix.

The Hollywood Reporter has revealed that Joe Pukaski (Heroes) will act as showrunner, and the show will air in late 2018.