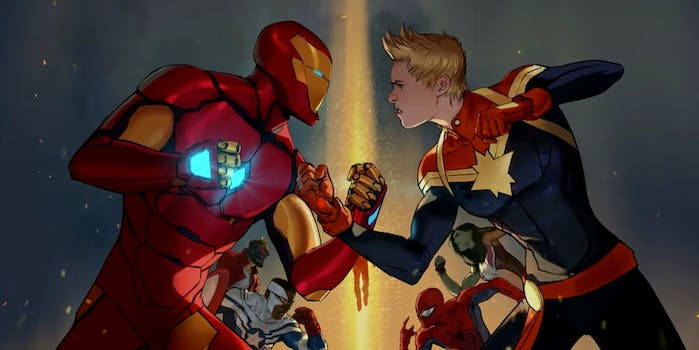 This character's been around for decades.

Marvel fans are reeling from the devastating consequences of Civil War II issue #3, which culminates in the death of one of Marvel’s most famous characters.

Prior to comics issue, Bruce Banner—the original Hulk—hadn’t turned into his angry, green counterpart for nearly a year. But that doesn’t mean all has been well. The other superheroes experience a vision from Ulysses, an Inhuman who can see the future, which shows Hulk killing most of the Avengers. 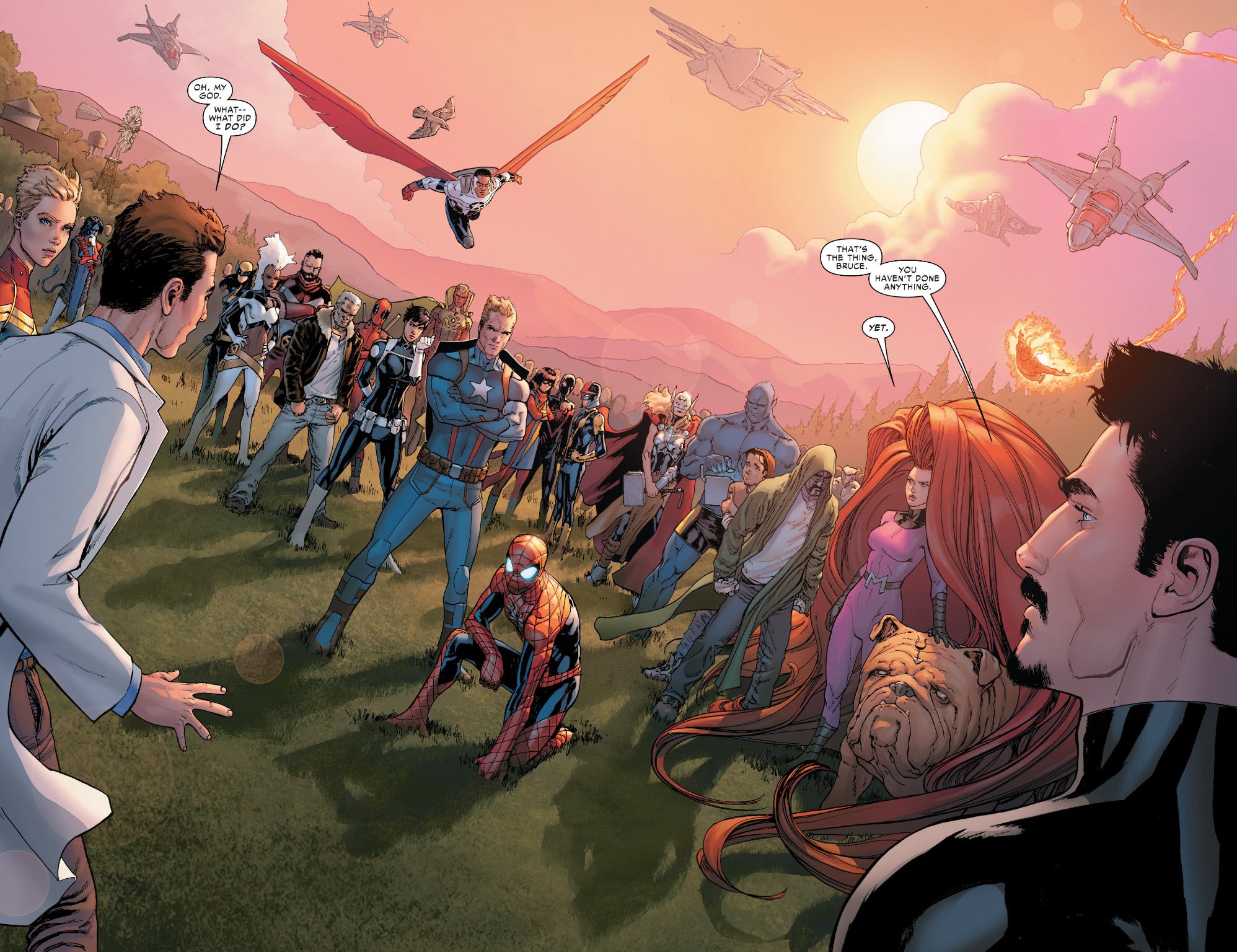 Told in a series of flashbacks, Bruce is confronted by most of the other Marvel heroes (including Carol Danvers and Tony Stark, who show up at his secret laboratory), where it’s revealed that Bruce has been experimenting on himself again.

Bruce hasn’t done anything wrong yet, but he’s not especially thrilled that everyone else is suspicious of him. He believes that his experiments have kept the Hulk at bay, but the other Marvel heroes recall what happened the last time he performed gamma experiments on himself. Before he can do anything or transform, he’s struck in the head by an arrow. 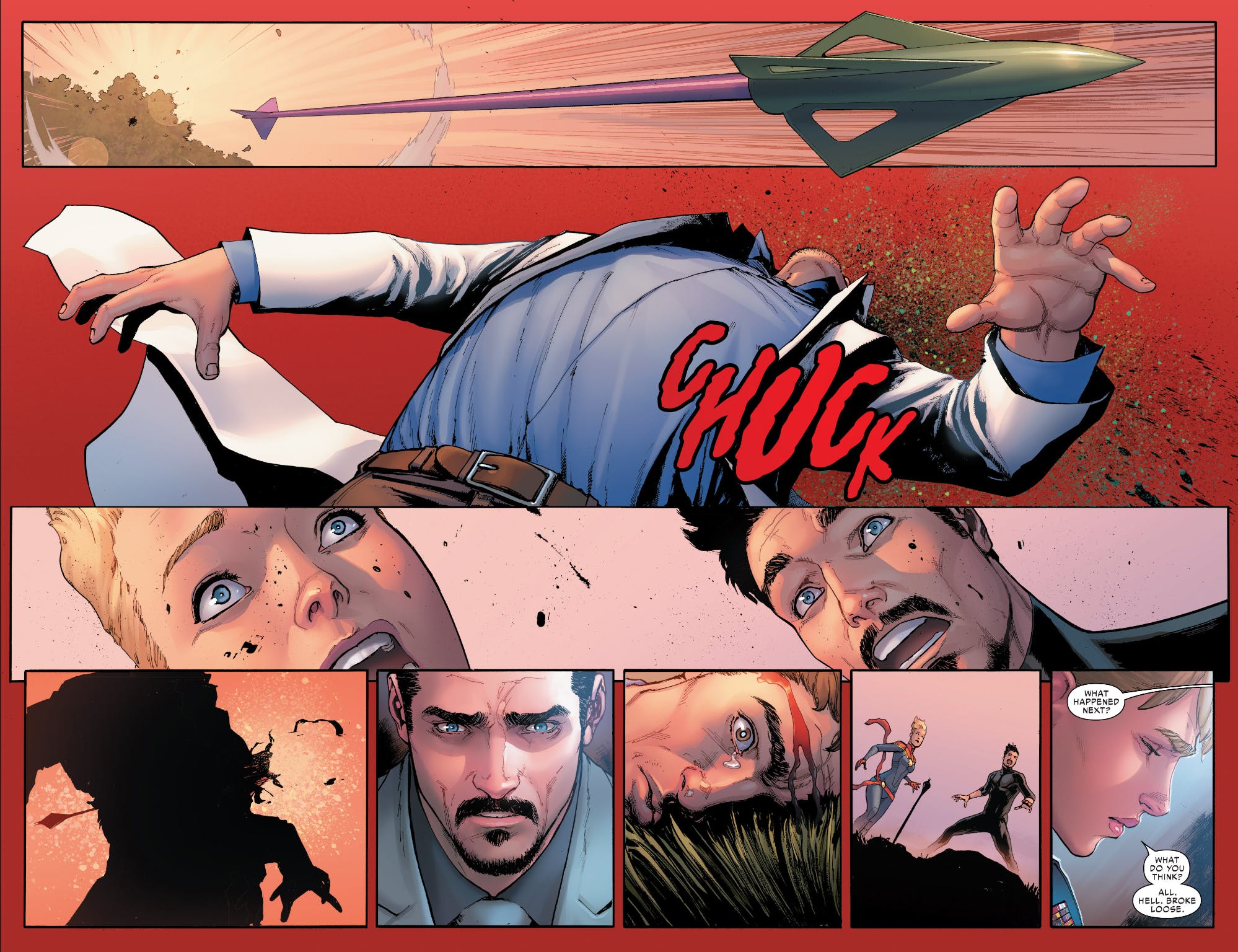 Marvel Editor in Chief Axel Alonso called it “uncharted territory for us.”

“Fans may be outraged, and there are probably Hawkeye writers who I’m very good friends with who will also be offended,” Brian Michael Bendis told New York Daily News. “But the point is that everything that happens in this issue is in character when you discover the hows and whys and wheres. We’ll let people argue about it.”

The drama in Civil War II #3 doesn’t come in the form of “Who killed Bruce Banner?” That’s answered pretty quickly: it’s Clint Barton, AKA Hawkeye, who readily admits to it and is put on trial. The controversy is over his reasoning. According to Hawkeye, Bruce asked him to kill him with an arrow he designed if it ever looked like he would transform into the Hulk again. 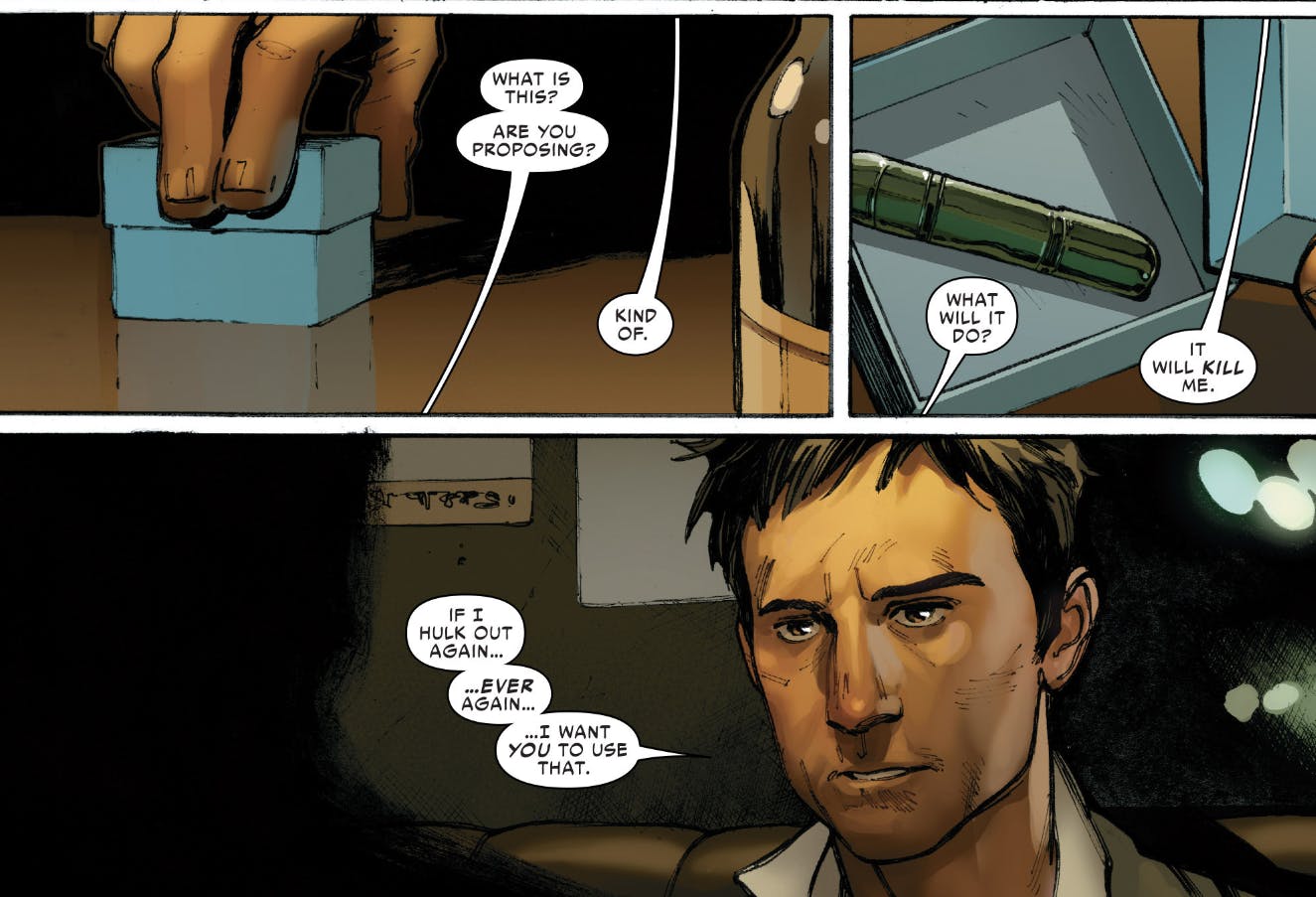 Will Bruce Banner stay dead? Probably not, given the nature of comics and how most characters are brought back eventually. Plus, Amadeus Cho is also running around the comics pages as the Hulk, so we won’t be completely without the enraged hero.

But Bruce was a founding member of the Avengers, he’s been around for decades, and he’s a key part of the Marvel Cinematic Universe. And given the animosity between Tony and Carol over the death of Rhodey, this just might be the last straw. 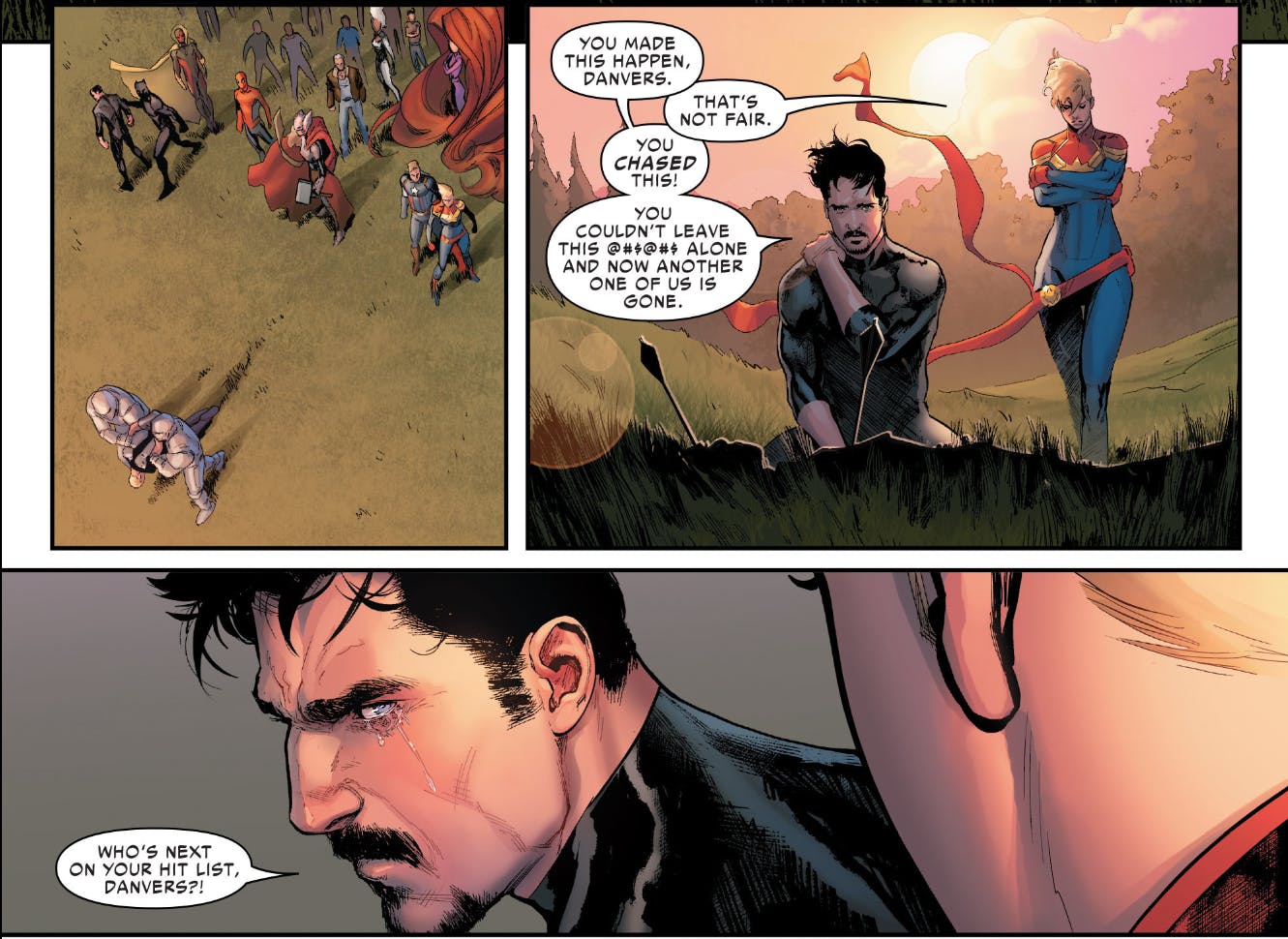