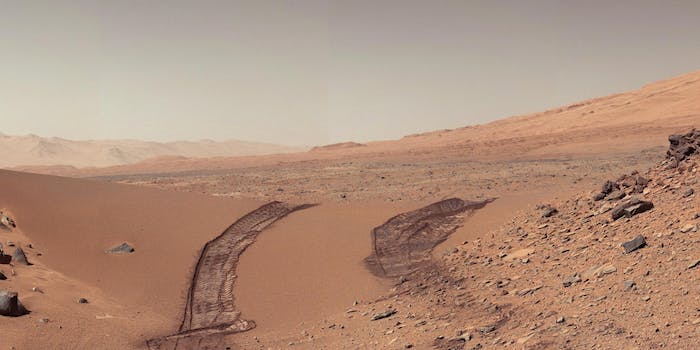 Watch the sun set on Mars in a NASA vine

Ever watched the sun set on Mars? Well, now you can.

NASA has created a vine showing the sunset on Mars using beautiful, haunting footage taken by its Opportunity rover.

The clip shows a dark, dusty blue sky with the sun appearing more distant (and therefore smaller) than it does on Earth.

Although we think of Mars as a red planet, its sunsets are indeed blue. This is because the red dust in the atmosphere filters out red light. When the sun is closer to the Martian horizon, its light must travel through more dust than it does during the day, when the sun is directly overhead. Therefore, almost all of the red light is filtered out, leaving the sky with a dark bluish appearance.

This is the opposite effect from the one in our own atmosphere, which scatters blue light. This creates blue skies during the day, while sunsets appear in red-yellow shades as the sun draws closer to the horizon.

An earlier NASA video called “I’m Dreaming of a Blue Sunset” gives us a longer look at a Martian evening.