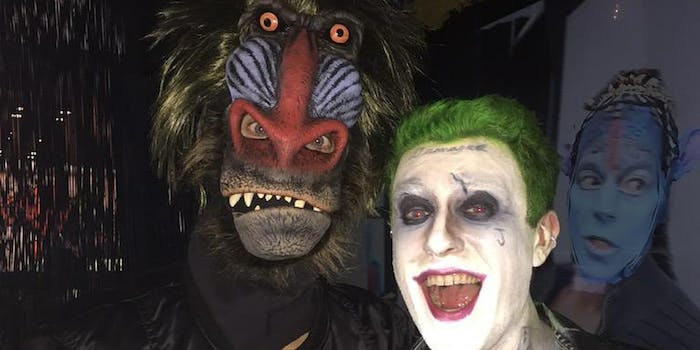 No one recognised them in these outfits.

There are two absolute truths about convention season: celebrities want to walk the floors just like everyone else without fans accosting them for photos, and celebrities frequently go incognito in order to do so.

Although Adam Savage wasn’t behind that giant Hulkbuster cosplay, at least two of this year’s costumes concealed famous actors who’ve made their mark in comic-book movies. Mark Ruffalo and Jared Leto walked the floors of New York Comic Con in costume, and the people who took pictures with them were none the wiser.

Neither Ruffalo and Leto was a special guest at NYCC, but each of them found a way to explore the Javits Center without too much hassle. Ruffalo, who went with his son, wore an odd mask of a man smoking a cigar, while Leto opted for a mask of Rafiki from The Lion King. They may not have coordinated anything, but they each had similar ideas.

Ruffalo arrived on Saturday and Periscoped the crowd as he and his son walked through it without anyone noticing Bruce Banner was among them. He revealed his ruse to his followers after the fact, thankful that he was able to hide and enjoy the convention.

Got to hide out and enjoy #comiccon2015

Leto, who went on Sunday, also attended without much fanfare. He got to walk the floor and take photos of his favorite cosplay. He posted many of them on Snapchat, but true to his upcoming role as the Joker in Suicide Squad, his favorites seemed to be people who dressed up as the Joker or Harley Quinn. He even noted the animosity between his character and Batman. 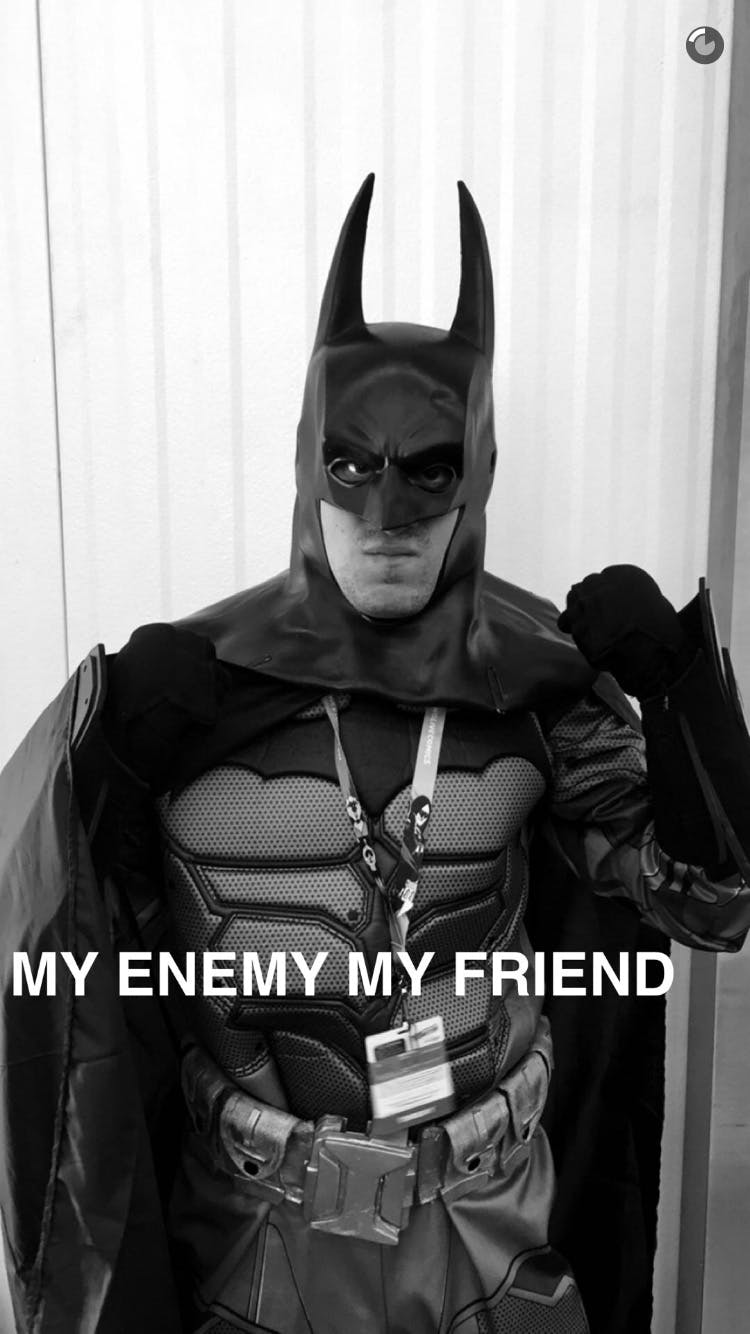 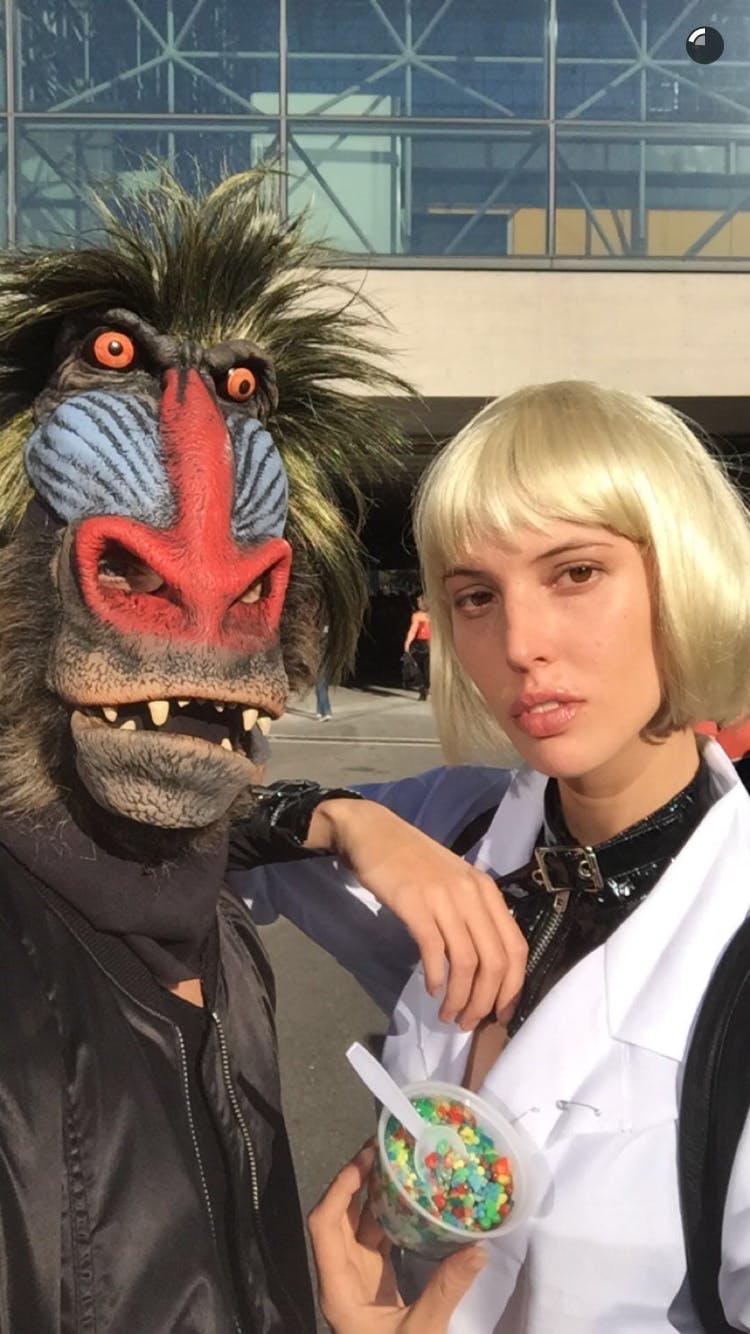 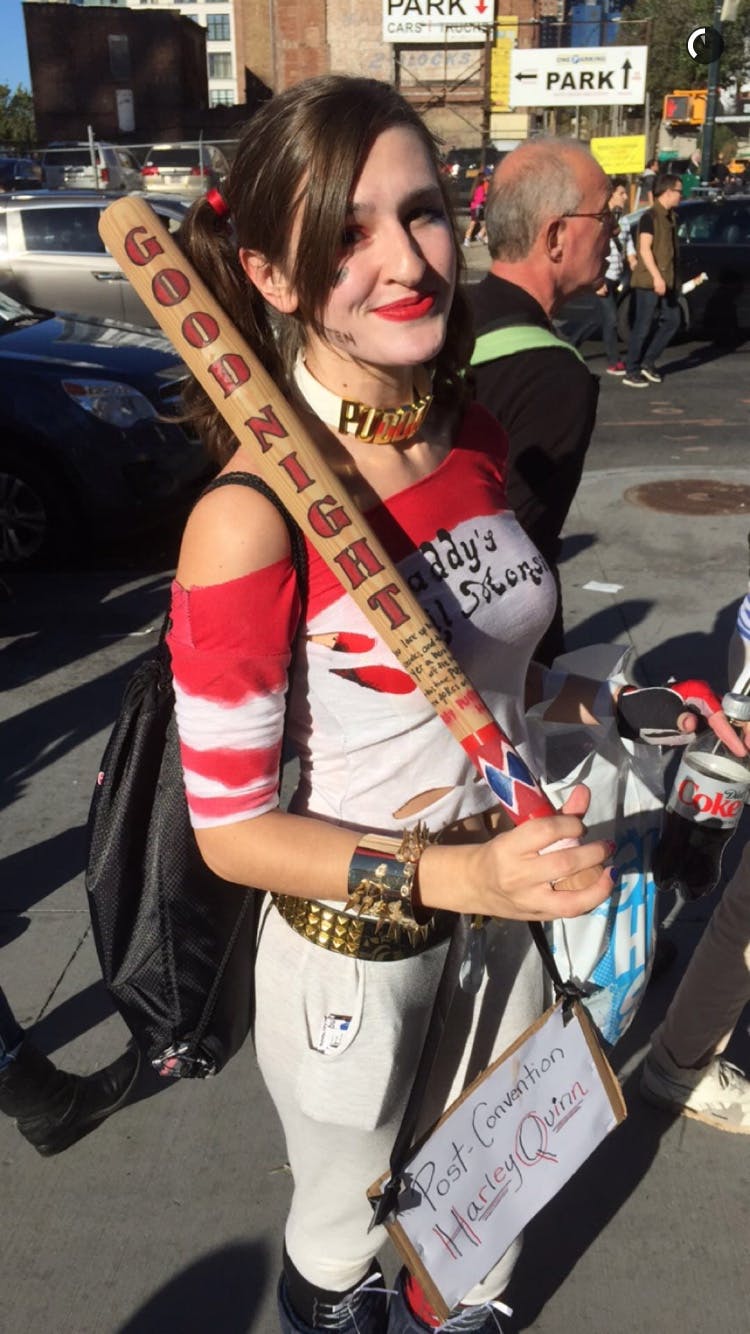 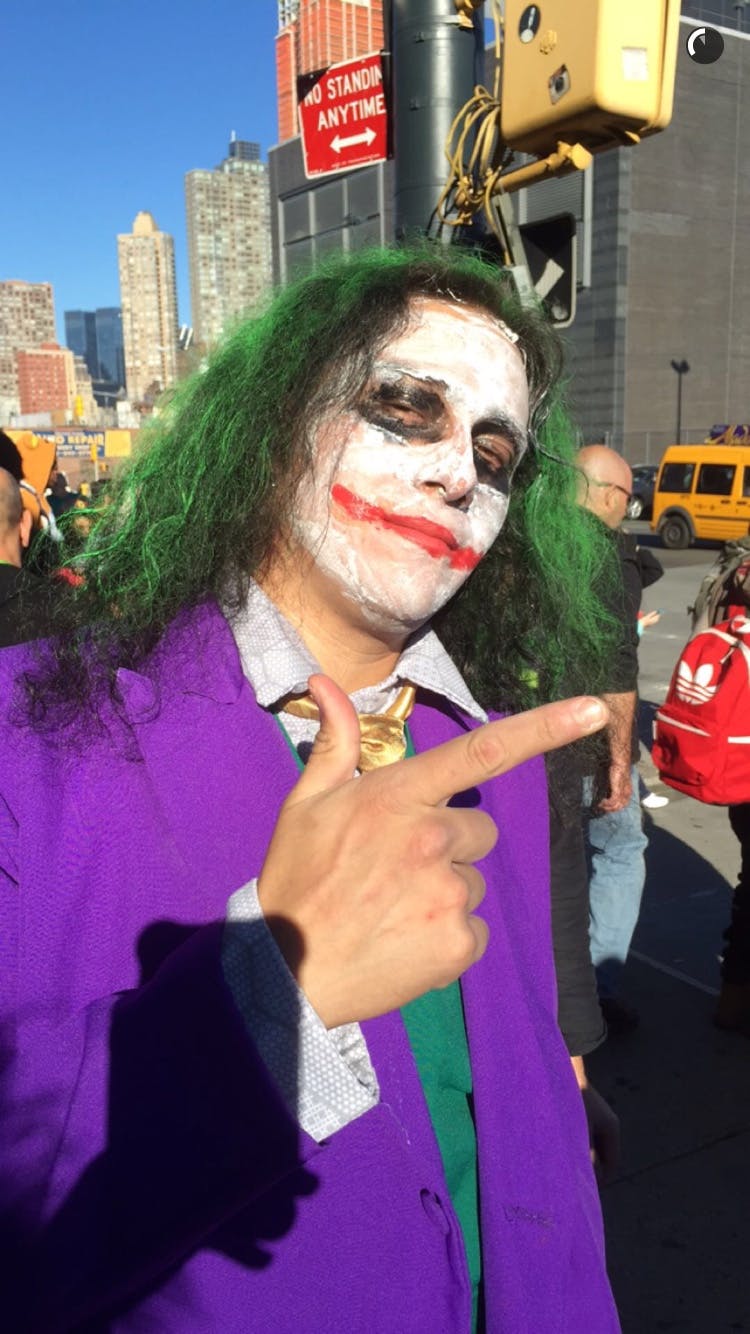 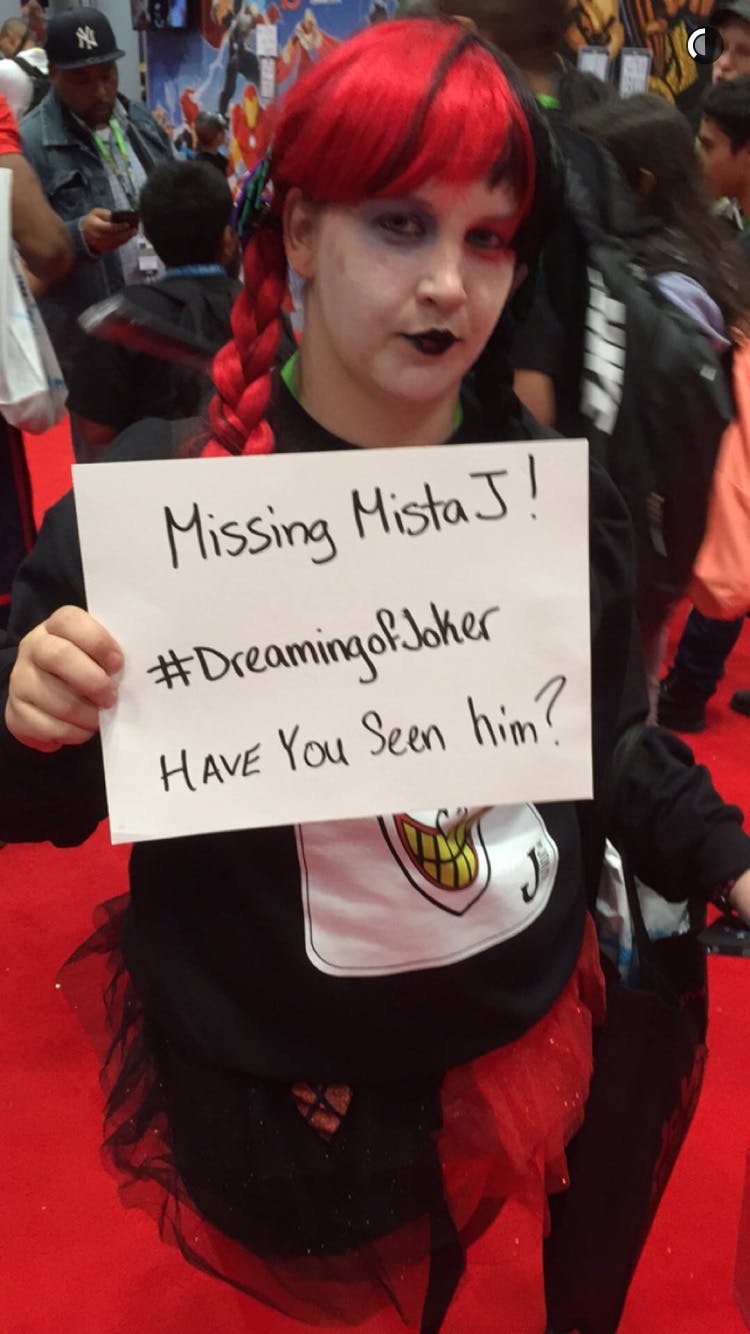 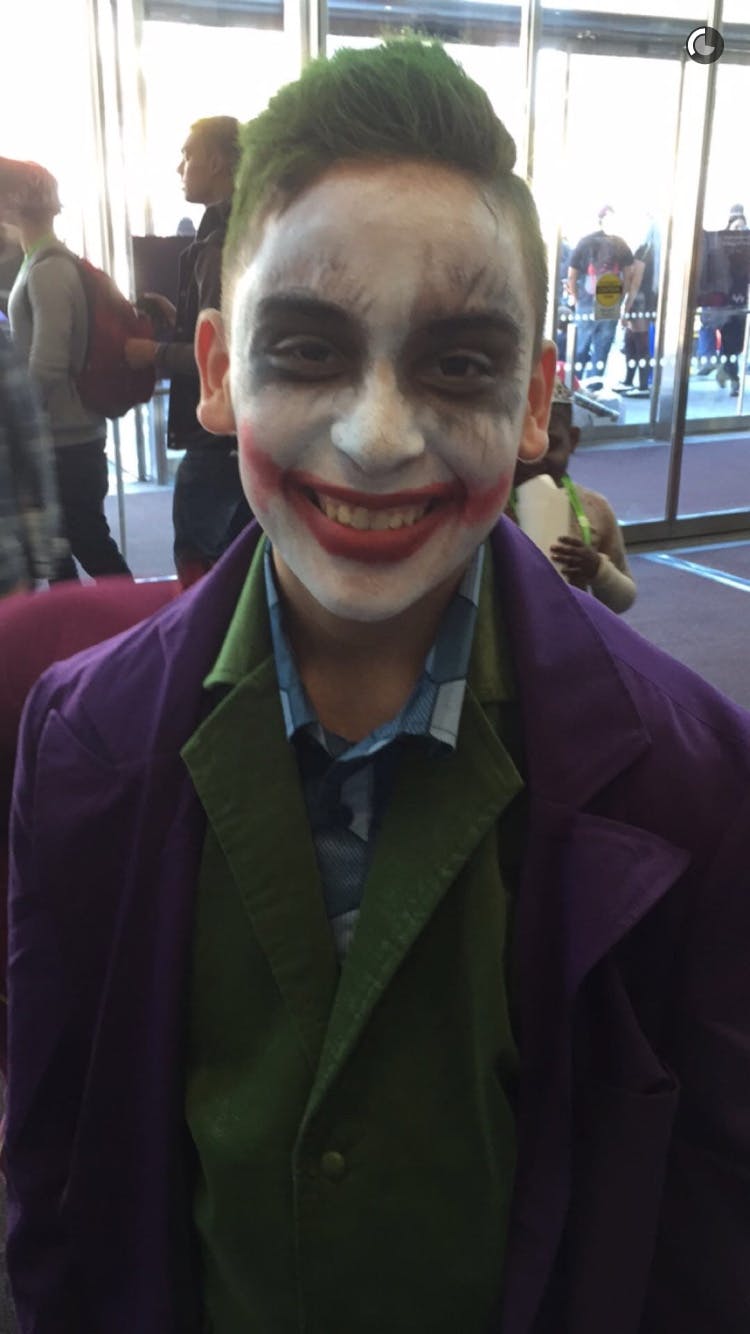 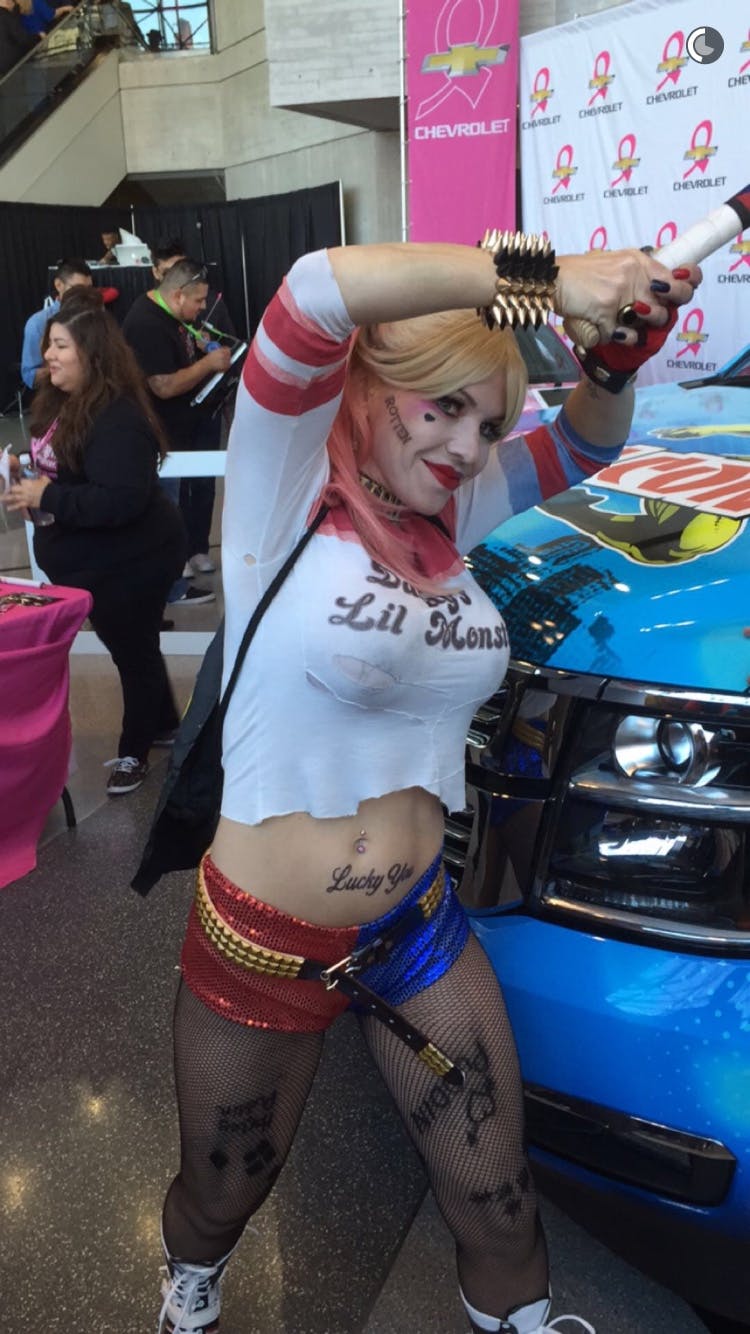 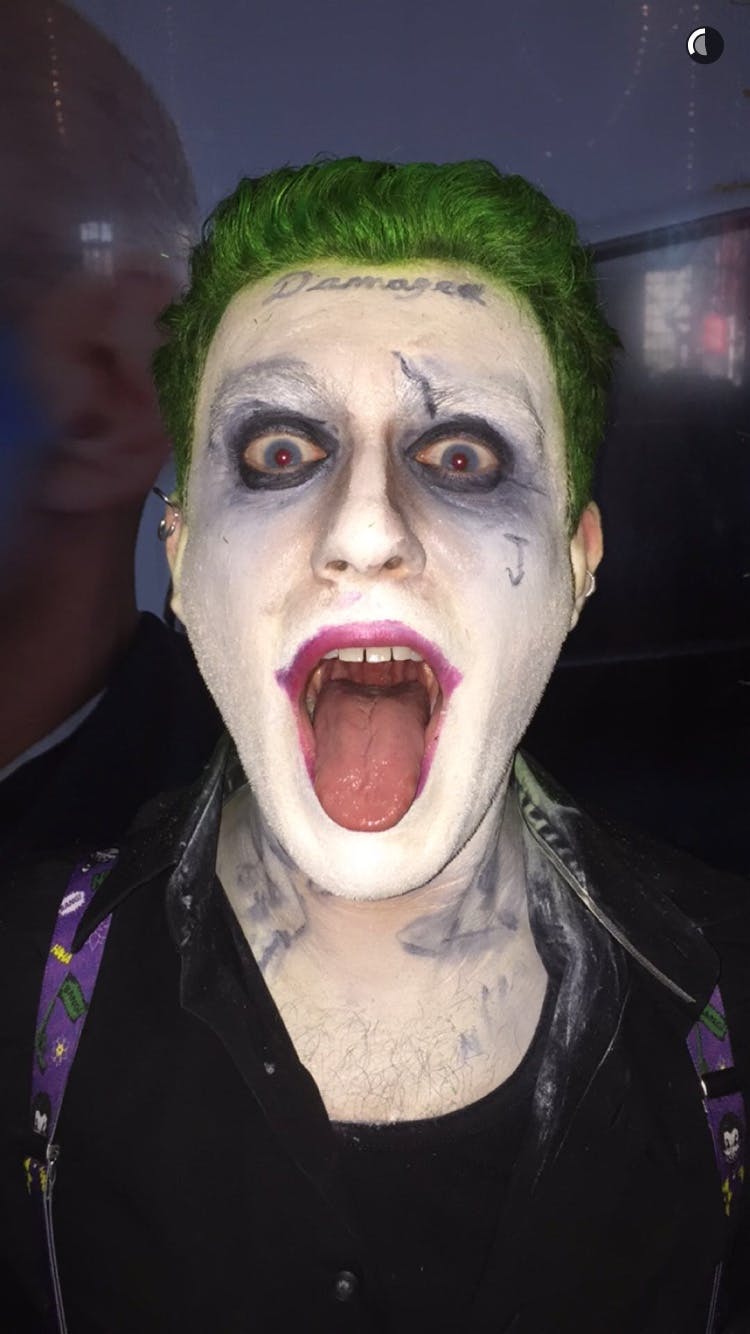 After he left the convention, Leto posted more pictures to reveal his disguise, and while we’ve only seen small snippets of his Joker, he easily has the whole “trolling fans” thing down.

The moral of this story? Take pictures with everyone who has their face covered. You just might meet a celebrity without realizing it.