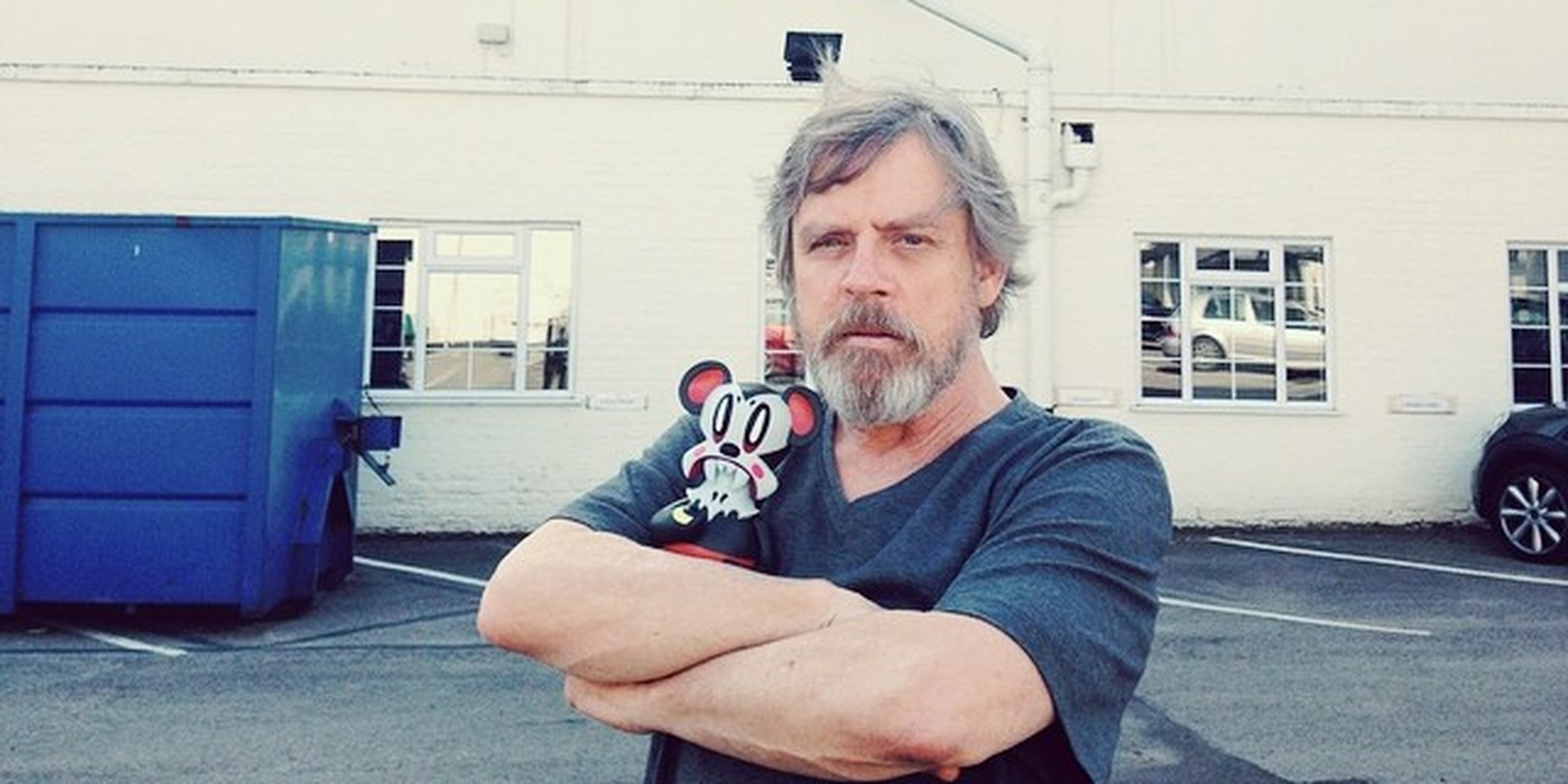 With Star Wars news scarce, people are paying particular attention to this photo from Mark Hamill.

News from the Star Wars set is pretty scarce these days, with strictest secrecy (despite all of the leaks) as filming resumes this month after Harrison Ford broke his leg on-set, but the latest on-set photo from Mark Hamill has Twitter in a tizzy.

Hamill posted the photo of himself earlier today, which was originally taken by his son Nathan as part of a series of photos of Lava Bear, a “vibrant, ursine-esque creature” that Nathan’s been taking with him throughout the U.K.

“This is as close as Lava Bear got to the action (since he was barred from the set),” Hamill wrote.

For some, it might’ve been the first time they’ve seen Hamill with the “contractually obligated beard” he had to grow for his role as an older Luke Skywalker in Episode VII. Even though we won’t see anything for months, it’s plenty for deprived fans to get excited over.

Okay, this picture of Mark Hamill looking very Ben Kenobi is givin’ me the goodtimes. pic.twitter.com/wpEYkHcocd

Jesus Christ, look at @HamillHimself‘s triumphant and masterly beard and calm yourself from not freaking the fuck out pic.twitter.com/zg2bmccMoM

RT @HamillHimself: https://t.co/gXrksmhRtT – Looks like Luke is going to be rocking a Jedi beard! Can’t help being excited for VII!!

But Hamill’s not the only one offering hints. After the Star Wars: Force for Change charity drive ended with thousands of people raising more than $4 million for UNICEF, Episode VII director J.J. Abrams tweeted out a new photo from the set to celebrate—one that may have even give some credit to a previous leak, something he’s done before. And just like last time, it answers both nothing and everything.