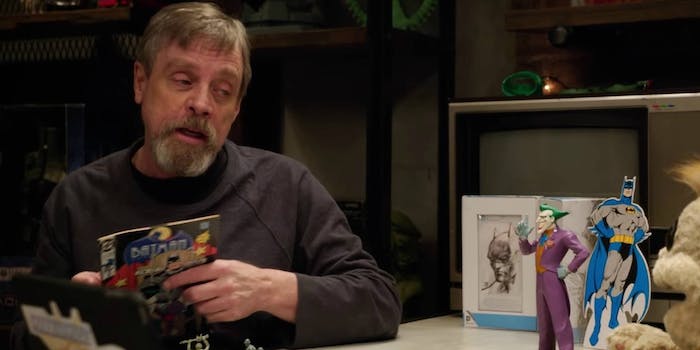 While the animated film Batman: The Killing Joke was a disappointment, Mark Hamill’s portrayal of the Joker was well received, and it’s obvious the Star Wars star is an enormous DC Comics fan.

Now, Hamill has combined his talents as the Joker with his apparent disdain for the tweets of President-elect Donald Trump. Listen to him read a recent tweet from Trump in the Joker’s cackling voice.

That “Looooooooove” is particularly frightening.

Considering this is titled “The Trumpster quote #1,” perhaps Hamill will release more Trumped-up tweets as portrayed by the Joker. At least one man is hoping that’s the case.

BILLION DOLLAR IDEA: an App that you can feed every Trump tweet into that plays it back in @HamillHimself Joker voice. You're welcome.