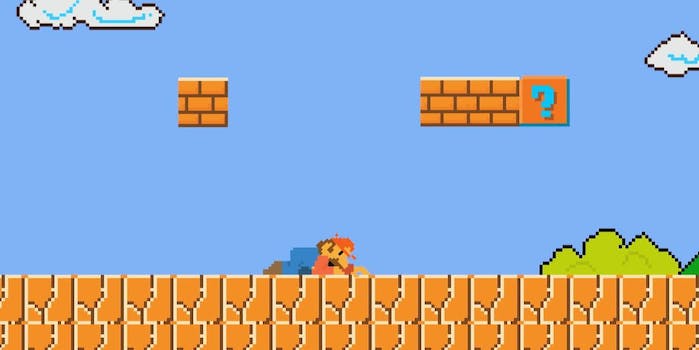 Mushrooms are no substitue for Tylenol.

A life spent smashing bricks has finally caught up with Mario.

In “Realistic Mario: Brick Block,” a new YouTube video from late night host Pete Holmes, the world’s most famous plumber discovers that there is a limit to how much punishment a man’s head can take. The clip’s style reminds us of originals by Dorkly, CollegeHumor’s video game site.

Holmes’s video is the latest in a trend featuring a realistic Mario.

Here’s one from August, with the guys behind the popular gaming YouTube channel Warialasky dressed as Mario and Luigi:

And another from Buffalo-based animator John Huffnagle that features a 3D Mario escaping from the TV screen:

The three videos have been viewed nearly 11 million times combined.