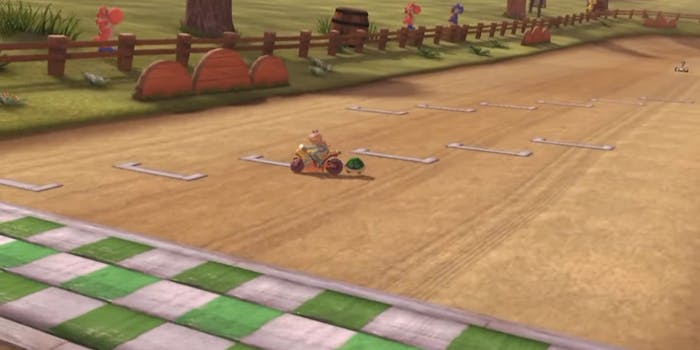 This is the cruelest way to win at ‘Mario Kart 8’

Say hello to your gold trophy and goodbye to your friends.

It’s one thing to beat your friends at Mario Kart; it’s another thing to destroy them right at the finish line. Pulling this move might destroy lifelong friendships, but it’s also guaranteed to impress the Internet.

Instead of crossing the finish line like a normal race, the player in first place pulls out a green shell just shy of the end and waits patiently for the player in second place to approach. The player—in this case, Rosalina, who would’ve won by a mile anyway—then positions herself to have the person in second place get hit by the shell right before the finish line. The force of the crash will send player two flying off while player one gets pushed past the finish line. It doesn’t get more sadistic than this.

Clearly Nintendo is already benefiting from the YouTube upload feature in Mario Kart 8; this isn’t the first time it’s led to some great free advertising. There was even a nod to Luigi’s death stare during its E3 Digital Event.

Here’s hoping for more shenanigans as players get even better.