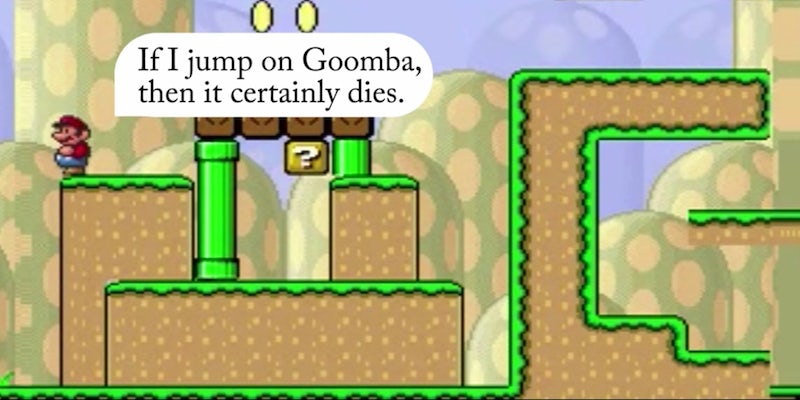 Researchers give Mario artificial intelligence, ask him about Goombas

Researchers at the University of Tübingen in Germany have made Mario self aware.

It seems like Elon Musk’s worst nightmare is coming to life, but it’s through Super Mario Bros.

Researchers at the University of Tübingen in Germany have made Mario self aware. It’s a really cool project in which they gave Mario artificial intelligence and can ask him questions about his environment. They explain how it works in this video.

The programming let the researchers teach Mario and influence his thoughts and emotions. Mario is told that jumping on Goomba’s will make them die. He then internalizes that information, and will tell you about it if you ask him.

The researchers want to be clear that Mario isn’t simply a parrot. None of the things he says are scripted. It all follows a language and world semantics program to generate thoughtful sentences.

What’s interesting is that Mario also explores the environment around him. If he feels hungry he will collect coins. If he feels curious, he will start to explore.

In a weird way, it sounds scary. Imagine being trapped in World 1-1 forever. Who knows, things may get easier for Mario for when he finds Peach.