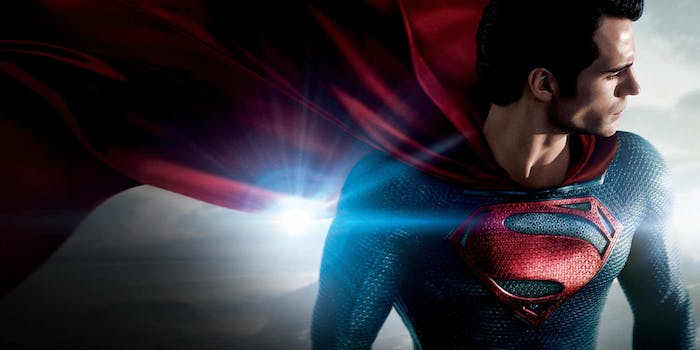 Despite heaps of criticism for the move, David S. Goyer is not backing down.

Two years after the release of Man of Steel, screenwriter David S. Goyer is speaking out in defense of the film’s violent ending.

Goyer, who also worked on the Blade trilogy and Christopher Nolan‘s Batman movies, is well aware of the negative fan response to Man of Steel, which saw Superman snap the neck of his mortal enemy Zod. While this wasn’t the first time Superman has killed someone, many fans thought the scene went against the character’s ideals—and that Man of Steel was generally too dark for a Superman movie.

Speaking on the Nerdist podcast, Goyer explained that the scene resulted from him imagining how Superman might behave without the weight of decades of DC Comics canon behind him.

“This was a Superman who had only been Superman for like, a week. He wasn’t Superman as we think of him in the DC Comics… or even in a world that conceived of Superman existing. He’d only flown for the first time a few days before that. He’d never fought anyone that had super powers before.

He’s going up against a guy who’s not only super-powered, but has been training since birth to use those super powers, who exists as a superhuman killing machine, who has stated, ‘I will never stop until I destroy all of humanity.’”

Given the choice between saving his adoptive home and killing an unstoppable murderer, Superman decided to take the latter option, and now he has to live with the moral consequences. At the time, Goyer and Christopher Nolan—the film’s executive producer—felt that this was the right way to tell the story.

Man of Steel has plenty of supporters, so it’s not as if Goyer is attempting to defend a genuine flop like Batman & Robin. However, his explanation probably won’t make a dent in the criticism the film inspired. Zod’s death scene was certainly controversial, but that’s partly because it’s emblematic of the film’s overall dark tone. By rebooting Clark Kent as a troubled hero and even using a more subdued color palette, Man of Steel abandoned the optimistic mood of previous Superman movies, to the point where some viewers felt it was too similar to the recent Batman trilogy.

It’s easy enough to understand Goyer’s defence of his narrative decision, but that doesn’t really solve the underlying problem: fans had certain expectations for a Superman movie, and many of them felt that Goyer and Zack Snyder simply failed to deliver.

H/T Den of Geek | Photo via Man of Steel/Warner Bros.