The game Soundboxing has you air boxing to the beat of the music.

Virtual reality gives you the chance to experience new worlds, play the most immersive gaming experience available to modern consumers, and even get some indoor exercise—some pretty darn effective exercise, it turns out. One HTC Vive owner has managed to lose more than 50 pounds over the past five months by regularly playing a game on his VR headset.

In an interview with UploadVR, Job Stauffer explained how he lost 50 pounds playing the VR game Soundboxing. Soundboxing is a game that lets you select a video via YouTube that plays on your VR headset’s screen. The game then projects objects that fly at you to the beat of the music. The aim of the game is to punch each of those objects while you hold a pair of controllers in your hands.

“When I first started out I spent like 20 minutes in the headset,” Stauffer said. “Twenty then became 25 and 25 became 45 and 45 became an hour and sometimes an hour would become 90 minutes.” He eventually bought a set of one pound weighted gloves, which “may not sound like much,” but made his workout sessions even harder by forcing him to engage his upper body more. And as of last week, that’s translated into some serious weight loss. 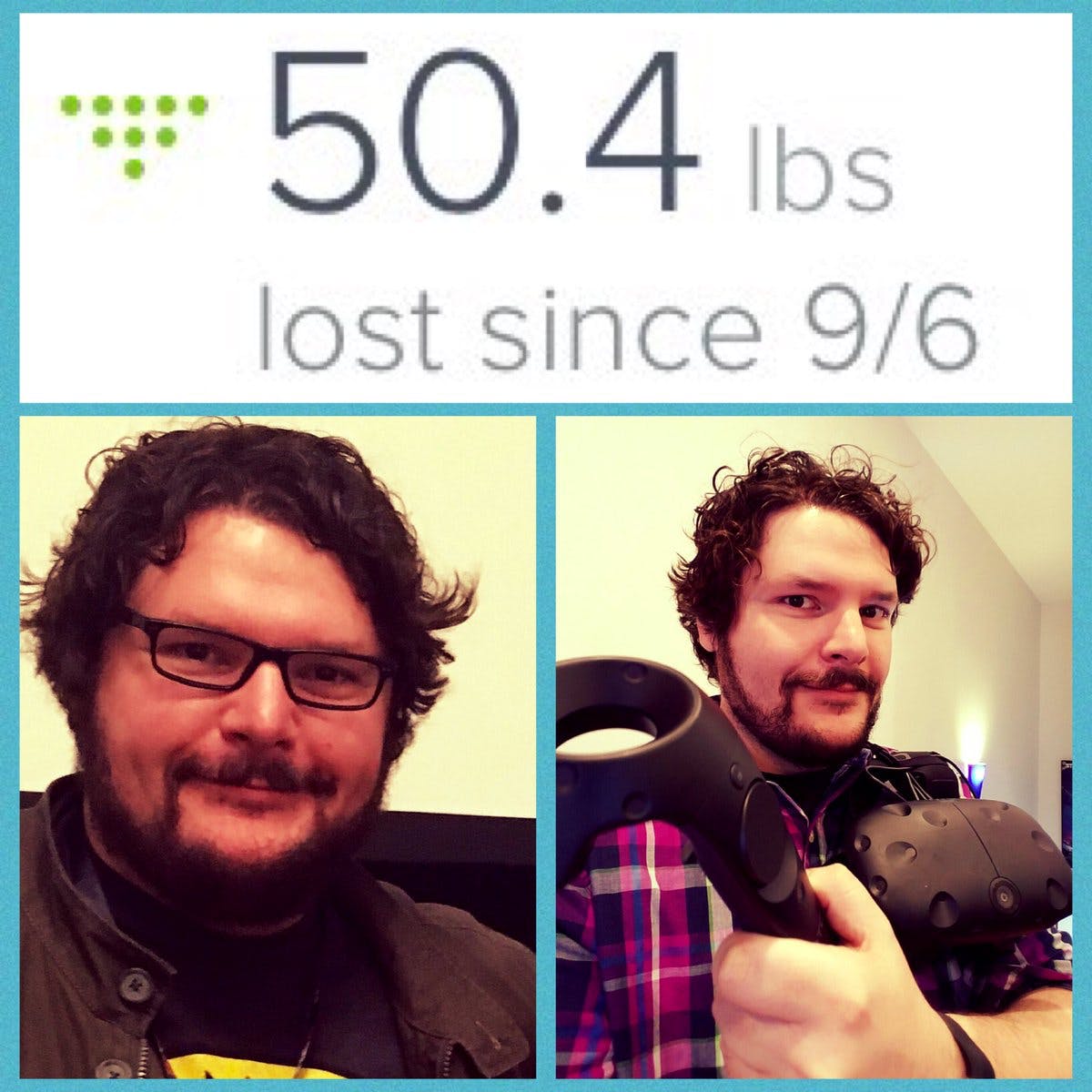 Stauffer began his journey after hitting more than 300 pounds on the scale. He was experiencing regular headaches and other health ailments, and his doctor essentially gave him an ultimatum: You need to start losing weight, or you could die. Unable to start jogging outside due the extra weight (and the serious impact it would have on his joints), and unmotivated by the idea of hitting the gym, Stauffer, who works in the video game industry, decided to give some VR-based workout games a try. Soundboxing ended up being a natural fit.

“It’s fun. It’s fast-paced. And as long as you put in the time, it really, really works,” Stauffer said in a tweet.

Now that he’s lost this initial weight, he can safely head to the gym and add more traditional workouts such as weight lifting and rowing to the mix, too.

Despite sounding rather sweaty, Stauffer’s experience is inspiring others to give VR-based exercise a try using Soundboxing and other games. Perhaps this is the beginning of a new home fitness revolution. Is there a Jane Fonda VR app out there?